This page has been moderated, but is pending donor validation - that's where 3 people donate to the page so it is searchable on Givealittle.
Be one of the first to endorse this page. 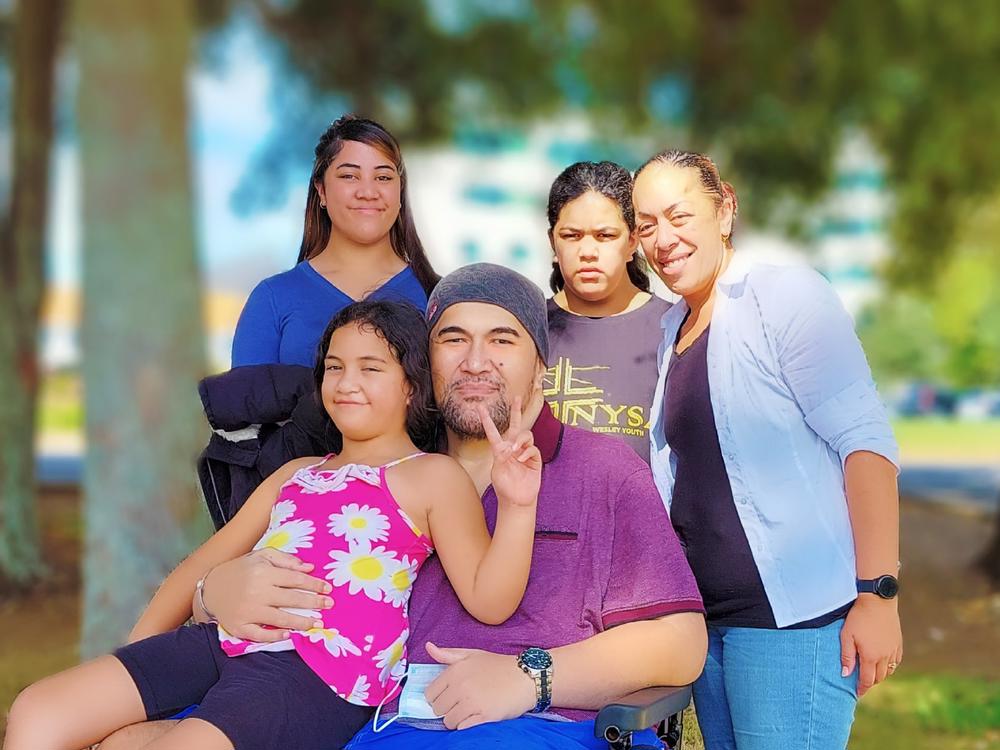 A Father on his road back to his family, from 10+ surgeries, depression and anxiety.

Fat man getting his sh*t together for himself and his family. While suffering from depression, anxiety, 10+ surgeries and losing 140kg.

Already suffering from depression and anxiety my journey started at my heaviest weight of 300kg by 2018. That year I left my family to be housed and looked after by a hospice while I await my Bariatric surgery and Angel my youngest daughter was 3yrs old.

On the last year - 2019, of losing enough weight to safely go under the knife, a fall at the hospice dislocated my knee. The accident caused further injuries unbeknownst to me and due to my weight at the time of 198kg it became a contributing factor to my spinal injury.

From hospice to Hospital I began a schedule of surgeries and then rehabilitation. The first surgery was Bariatric then a whole knee replacement for the left knee 3 - 4 months later and an Achilles release on both left and right foot.

By December 8th 2022, I had already gone through 6 surgeries. Five of which were planed the sixth was a kidney operation due to a 5cm stone that formed during this time.

On Dec. 9th I had the final surgery on the Lumbar section of my spine. As well as a left calf release and a second attempt on the archilles on both legs.

However, infections forming in the wound, made me have 6 MORE surgeries on my lumbar. To this day, I'm still in Hospital although I now weight 156kg and continuing to meet the goals I've set for myself for the future of my family.

Your funds will help support my rehab costs that'll need to be paid like equipments and services specific for being 195cm tall and weight 156kg. All are outside what NZ health/ACC can give.

Your donations will go directly to help me get back on my feet and to hopefully walk again with rehabilitation As well support my family during this time who are suffering through no fault of their own. Thank you ❤️

Created by, and paying to a verified bank account of, Uaina Pupulu
Page Moderated
The page has been checked by our team to make sure it complies with our terms and conditions.