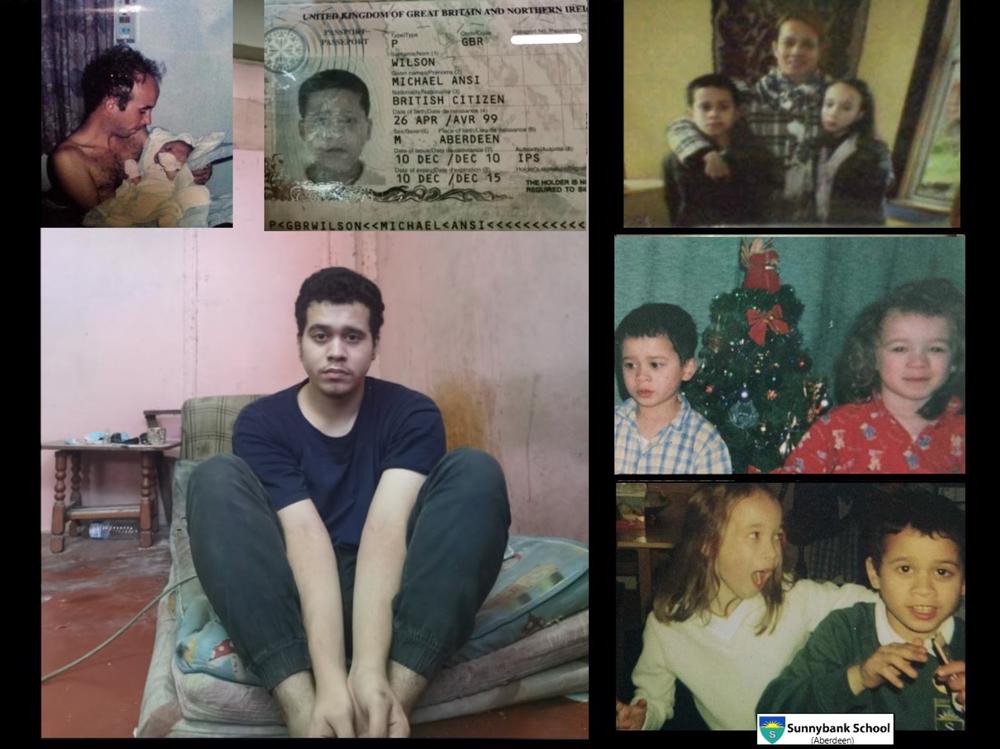 Support to return a youth left in Borneo at age 11 to return to the UK.

It has been almost 2 years now when I first met Michael in Borneo.

His story has just been tragic.

Born in Aberdeen, with a Scottish father and Malaysian mother. His parents broke up and his mother took Michael away from his father to Borneo and from the only life he has ever known at a young age of 11. Photos shows him in Abeerdeen. Includes his mother, sister and only known photo of Michael with his father.

He arrived on a visitors visa and his mum never went to the authorities for the correct documents. For the first 4 years of his life in Borneo he was locked in a room so authorities would not find him. The room measured 4m x 4m and was as squalid as the one he lives in now and previously had to be shared with his mother and sister.

Michael's duration there has been traumatic from facing abuse from his mother, exclusion from his extended family in Malaysia and no access to education or other children to play with.

His slightly older sister was born in Malaysia, so being a citizen was able to escape from the same fate later after arrival, by moving to West Malaysia where she no longer communicates with her mother.

Michael got kicked out by his mother when he was 16 to fend for himself. He managed to find a job working illegally that has given him barely enough money to live on but enough to survive.

Michael turned 21 this year making things much more complicated as now he would be treated as an adult if caught. Heavy fines and imprisonment up to 5 years has been a huge risk.

Despite being 21 he has the mental state of about a 14 year old.

I approached the British High Commission Malaysia and the Home Office in the UK. After numerous calls and emails they proved to be ineffective in providing any support for Michael despite the issue he faces having not been created by himself.

With no family in the UK to assist I have thankfully been able to get in contact with a woman in the UK who knew the family when Michael was young. Working with Samantha we have been able to find legal support for Michael to try exit Malaysia safely. Samantha and I have been supporting Michael financially where we can with accommodation and food top ups.

Michael is exhausted from running from the really traumatic situation he has faced since 11 of not being nurtured and living in fear since arriving about the authorities and his future.

We are trying to raise money to pay for various things that are vital in the process of getting him back home where he has the possibility to start a new life. Could you please consider donating whatever you can no matter how small. We need money to pay for fines, flights, covid testing which is not free for him, living costs, rehabilitation, medical care and education. Samantha and I are paying for what we can but it won't be something we can fully achieve without some added support.

We are very fortunate this week as we have through the assistance of a lawyer finally managed to get him an appointment for repatriation. And after almost 2 years of assisting Michael, he will hopefully be back in the UK within a month.

This is Michael with a message while at work: https://www.youtube.com/watch?v=gGUAN0o3Ofw

Noting he stopped working now on the weekend to reduce risk of exposure to covid from customers and remove risk of being caught now we have an appointment.

Thank you for taking the time out to read this and for any donations. If you feel you would like any more info please get in touch. Full transparency will be provided so you know exactly where the funds have been expended.

Please do remember that no donation is too small.

Also a note to thank those who have previously donated last year to the Give a Little page which I setup, which has since closed. The funds supported Michael with food and accommodation during the covid outbreaks and lockdowns in Malaysia.

I have been helping Michael over the past 2 years to navigate the Malaysian and UK bureaucracies, securing support to help him get home.

Money will be spent on fines, flights, covid testing, living costs, rehabilitation, medical care and education as well as incidentals. 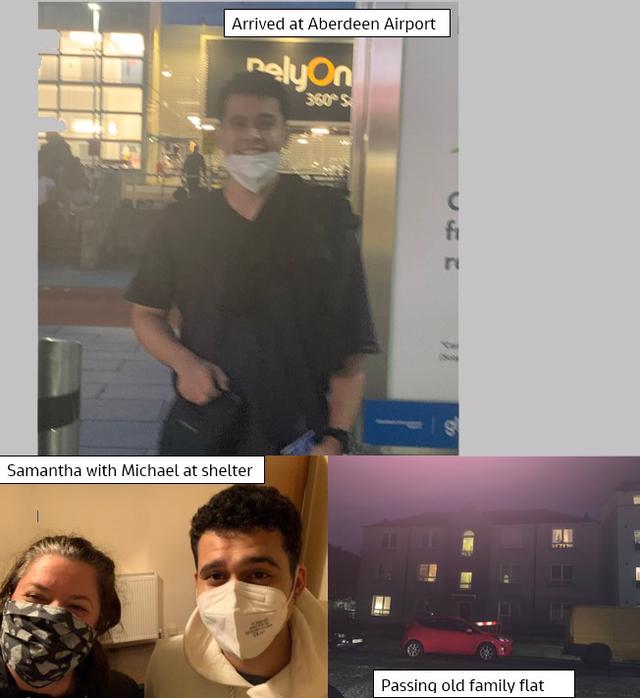 I am so incredibly happy, and somewhat emotional, to share that Michael has arrived safely in Aberdeen. There was a bit of a mix up at London Heathrow Airport initially and he got caught up in a group of people that were to be taken to a covid hotel.

A bit stressful for everyone for a moment as we lost touch with Michael, partly because he isn't very cognisant about communication.

Big thanks to Sam in Aberdeen. The the social support volunteer she arranged at Heathrow arranged to provide assistance to Michael on his arrival was able to make contact with Michael and things came right.

Michael finally got to his Aberdeen connecting flight and arrived around 7:30pm UK time.

Provided are photos of him outside Aberdeen airport, driving pass his old family flat and finally a photo of Samantha with Michael, where he is staying.

I have also have 2 videos. One of him conversing with Sam and husband Max. Also one of his accommodation.

Due to lack of sleep I tagged out when I knew he was safe in the UK, once Samantha could take over. Not clear at the moment if this is his final accommodation as the plan was one night in emergency housing and then hopefully a council flat.

I will hope to catch up with Sam later today to see what the final accommodation arrangements have been.

Thank you again to all of you for your contributions. Everything you have given is generous no matter the sum. As this will help us give him a good start also in Aberdeen. And the new chapter for Michael will come with many of it's own challenges and expenses.

Sam has set up an account for Michael and will manage all funds received and will feed this to Michael in a measured manner or use it for any additional support he will need.

Over the next week we hope to understand better what assistance Michael will get and where we will need to plug the gap.

Created by, and paying to a verified bank account of, Lawrence Wong on behalf of Michael Wilson
Page Moderated
The page has been checked by our team to make sure it complies with our terms and conditions.

Want to get in touch with Lawrence Wong?