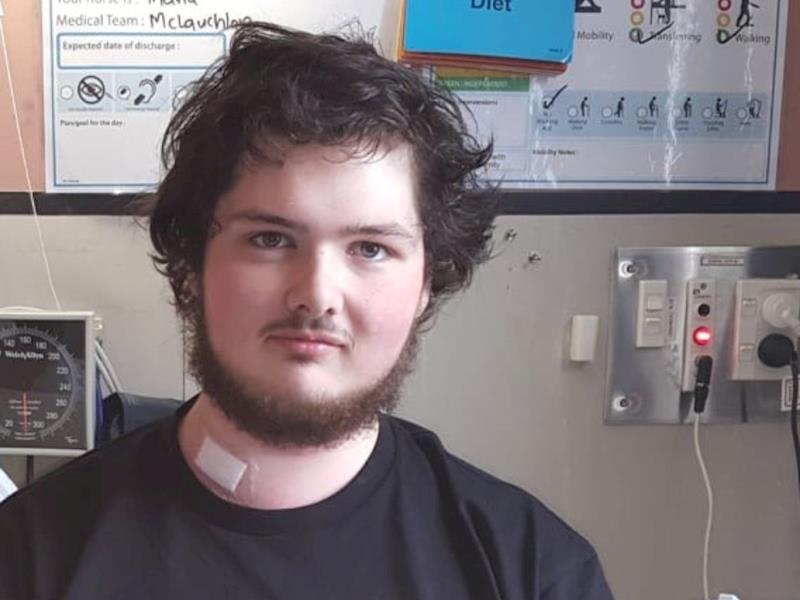 Support Blake and his family as they battle cancer.

On the 5th of November 2019 Blake was diagnosed with Lymphoma (cancer) at Greymouth Hospital. The next day he was transported to Christchurch Hospital for more tests and so treatment could be commenced. Blake was accompanied by his Mum and Dad, Ann-Maree and Dave. After a few days Dave returned to the coast to go back to work while Ann-Maree stayed to continue supporting Blake. After a PET scan and biopsy Blake was diagnosed with Stage 3 Hodgkin's Lymphoma. The Oncology team in Christchurch started Blake on a chemotherapy regime and advised Blake and his family that they were confident that this cancer could be "cured".

After almost 2 weeks in Christchurch Blake was able to return home and was lucky enough to be able to have his fortnightly treatments in the chemotherapy day ward at Greymouth which meant that life got back to some kind of normalality with Ann-Maree also returning to work.

Blake had a follow up PET scan on the 25th February to check the success of his treatment. He had an appointment to see the Lymphoma Specialist the next day to get the results. Unfortunately the news was not good with the doctor advising them that the lymphoma was "getting worse." The chemotherapy that Blake had undergone in the previous 4 months had had little to no effect and the scan had showed an increase in size of some of the tumours along with some new tumours.

Blake now needs to commence a course of more aggressive chemotherapy to try and treat his cancer. This treatment will require Blake to spend 3 nights in Christchurch hospital every 3 weeks. This will mean that Ann-Maree will need to take unpaid leave from work to accompany him for these treatments.

Blake will also be needing a bone marrow transplant after a few rounds of this new chemotherapy to give him the best possible chance of beating it. He will need to be in Christchurch hospital for several weeks for this to happen.

Ann-Maree is a colleague of mine and others who wanted to create the page to support her son Blake and their family during this difficult time.

Funds will be used to help meet the expenses associated with traveling for treatment and to help cover the loss of income due to taking unpaid leave.

Another update from Australia  16 September 2020

This page had been closed but as Ann-Maree and Blake are having to stay in Australia longer than expected we have opened it back up for all those wanting to show their support.

An update from Ann-Maree is below,

Blake had a PET scan on 26th August that unfortunately showed that there had been no change since his previous scan apart from one mass in his neck that is showing an increase in cancer activity. This is not what his doctor was expecting or what we were hoping for. This means that Blake is going to need more treatment once he has recovered from his stem cell transplant, this will be in the form of either radiation or further chemotherapy.

Blake was admitted to hospital on the 1st of September for his 'conditioning' chemotherapy prior to his stem cell transplant. This involved 6 days of very intense chemotherapy to wipe out his blood counts. One of the side effects of this very strong chemo is mouth ulcers and unfortunately Blake suffered from them pretty badly. The whole of the inside of his mouth and tongue were covered in ulcers and his throat was also affected. He was in a lot of pain and was unable to eat or drink due to the pain. He spent a few days having to be given morphine to help with the pain but thankfully these are now starting to heal.

Blake's previously harvested stem cells were returned to him on the 8th of September and we were told that the 10 – 14 days following this would be pretty rough. Blake is coping as best as he can though he isn't feeling great. He has spiked a few temperatures and is now on IV antibiotics to prevent any infections taking hold. His blood pressure keeps dropping so the doctors are trying to get that sorted out also. He still isn't eating very much at all but thankfully is starting to drink more.

We are just taking each day as it comes and trying to stay positive.

Paying to a verified bank account of Ann-Maree Lynch
Page Moderated The page has been checked by our team to make sure it complies with our terms and conditions.