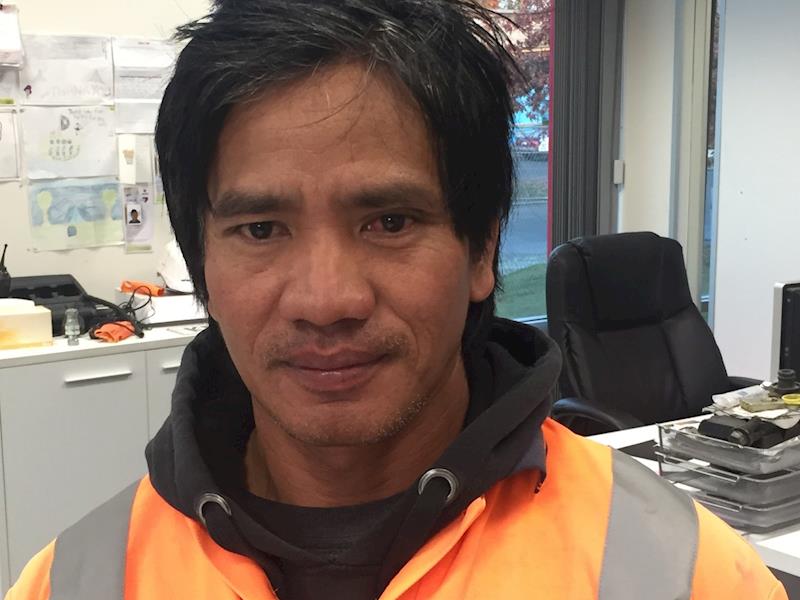 Help raise money for Daniel's ongoing treatment of Lymphoblastic Leukaemia in the Philippines, following the decline of his NZ work visa.

Daniel Kidao is a 47-year-old Filipino man who has been employed by DiggersNZ Limited as an Excavator Operator for the past five years. Daniel came to New Zealand in 2014 to assist with the massive amount of contracting work generated by the 2011 Christchurch earthquake. Now in 2019, Daniel has found himself facing a serious health battle which has affected his ability to stay legally in New Zealand.

Daniel became extremely unwell in August 2018 suffering dramatic weight loss, dizziness, fatigue and a decreasing blood count. Doctors were unable to conclusively diagnose what was wrong with him between August 2018 – May 2019. After completing a secondary bone marrow biopsy Daniel was diagnosed with acute Lymphoblastic Leukaemia that was threatening to claim his life if left untreated. Daniel immediately ceased work and begun receiving lifesaving chemotherapy treatment at Christchurch Hospital.

This treatment has been ongoing for the past 3-4 months. Over this time Daniel has faced some very tough times, ending up in the intensive care unit for several days after contracting an infection. Thankfully Daniel pulled through and was able to continue with his treatment plan. He has recently begun consolidation cycles of non-intensive chemotherapy (2-4 cycles required). Following this, provided there are no further complications or infections Daniel will complete maintenance treatment for up to 2 years to ensure that he reaches a state of remission.

Up until now, Daniel has been fortunate enough to be able to receive treatment under the New Zealand public healthcare system while he has held a valid work visa. However, as of the 29th October 2019 after a long process of consideration by Immigration New Zealand and hard work by DiggersNZ Limited's legal team, his work visa application has ultimately been declined due to his inability to meet health requirements. He has been advised that he must leave the country by the 19th November 2019 or face deportation.

Daniel has unfortunately run out of time to complete the rest of his treatment in New Zealand and must return home. There is no current public health care system in the Philippines like there is in New Zealand, therefore medical care is required to be paid for directly by the patient or covered by health Insurance. Daniel does not have health insurance and any money earned while working in New Zealand has been sent back home to support his family in the Philippines. During the past 3-4 months that Daniel has been receiving treatment he has been unable to work. In this time DiggersNZ Limited have provided financial support to pay his rent, weekly wages and sought legal advice to prolong his stay in New Zealand to allow him to complete as much treatment as possible.

As his employer, we have first-hand seen that Daniel has spent his working life-giving back to others. He has supported his family financially back in the Philippines, worked extremely hard for us and helped to rebuild a city which was devastated by earthquakes. His contribution to Christchurch and our business has been great, and we are committed to doing everything we can to help Daniel have the best chance of a healthy future. In line with this we have set up this page on his behalf to help raise funds for his ongoing treatment and living costs in the Philippines. Without the funds for this treatment we fear that this disease could return in full force and claim his life.

This is an incredibly sad situation and for us has highlighted how lucky New Zealanders are to have a public health care system. Prior to getting sick Daniel was about to begin the process of applying to become a New Zealand resident. He has loved living and working in the Christchurch community, but these unforeseen circumstances have unfortunately changed the direction of his life. Both Daniel and DiggersNZ Limited would be extremely grateful for any donations that will help him achieve this.

DiggersNZ Limited has employed Daniel Kidao as an Excavator Operator for the past five years.

Funds will be used to cover medical bills and living costs.

Paying to a verified bank account of Daniel Kidao on behalf of Daniel Kidao
Page Moderated The page has been checked by our team to make sure it complies with our terms and conditions.