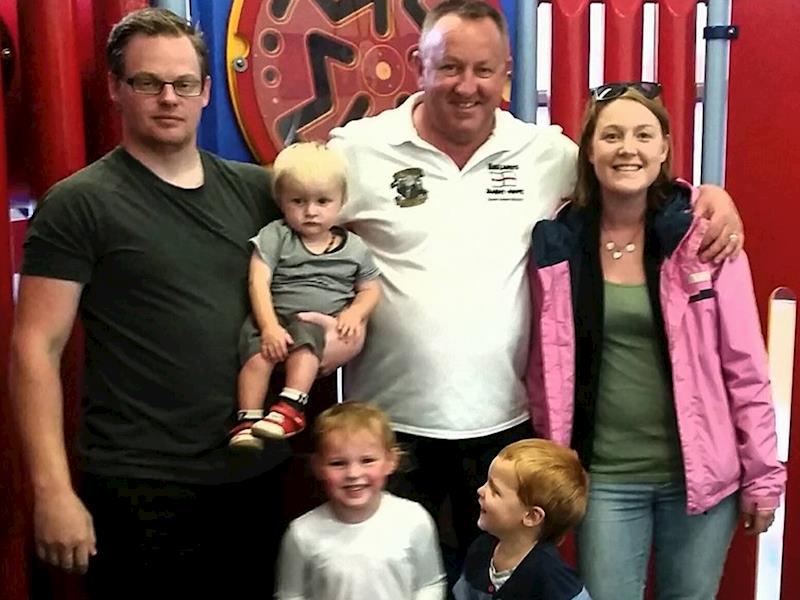 To spread awareness about Crohn's Disease and to help me provide for my family who have supported me throughout my journey.

Hi my name is Dean Elliott and this is my story of how I was diagnosed with Crohn's Disease and Pyoderma Gangrenosum.

In the space of 5 short months I went from the the provider of the household to losing over 40kg and being bed ridden for nearly a year.

It all began July of 2018, I was healthy for my entire life until one day I noticed a few spots of blood after passing a bowel motion. I thought nothing of this, maybe just haemorrhoids until the bleeding got rapidly worse. I tried to stick it out at work for a few more weeks because money was tight until one day it got too much.

In August 2018 I went into Palmerston North Hospital and within the week I was admitted with my entire body broke out in ulcerations and severe internal bleeding. A camera was used to do a flexible sigmoidoscopy and it showed severe colitis with gigantic Pseudopolyp growths. The ulcers all over my body began eating away at my skin. The immense pain meant I wasn't able to eat, that mixed with being bed ridden I rapidly lost over 40kg in the first 2 months.

I spent a total of 8 months in hospital alone with depression. So when I got to go home and got be with my wife and kids - words can't describe how this felt.

I tried to apply for ACC but was declined as this isn't an accident. I tried WINZ for assistance but due to my wife working full time as a Care Assistant at a rest home we were over the threshold by 3%.. so times have been tough.

Since then I've been trying to get back into work, however it's been unsuccessful. Every time I try, I sacrifice my recovery and another flare up occurs.

Now what I want to do is help spread awareness around my experience so that someone else might be able to avoid what I've gone through. I hope that some day soon I can get back to my normality and be the provider that I want to be.

We are Glass Elephant, a digital agency who is helping Dean put together a Give-a-little and FB page to help support his journey.

I would love to help my wife pay off debts that we have accumulated during my sickness.

thanks bro really appreciate that aye

Cath on 20 Jun 2020
Hope you can recover and return to work. Look after yourself and your precious family.
$40
Dean Elliott

thanks so much, and yeah slow and steady is the plan now :)

thanks so much ian , waking up to seeing this has already made my day :) honestly cant express enough how much all this is going to help me and the family

Paying to a verified bank account of Dean Elliot
Page Moderated The page has been checked by our team to make sure it complies with our terms and conditions.