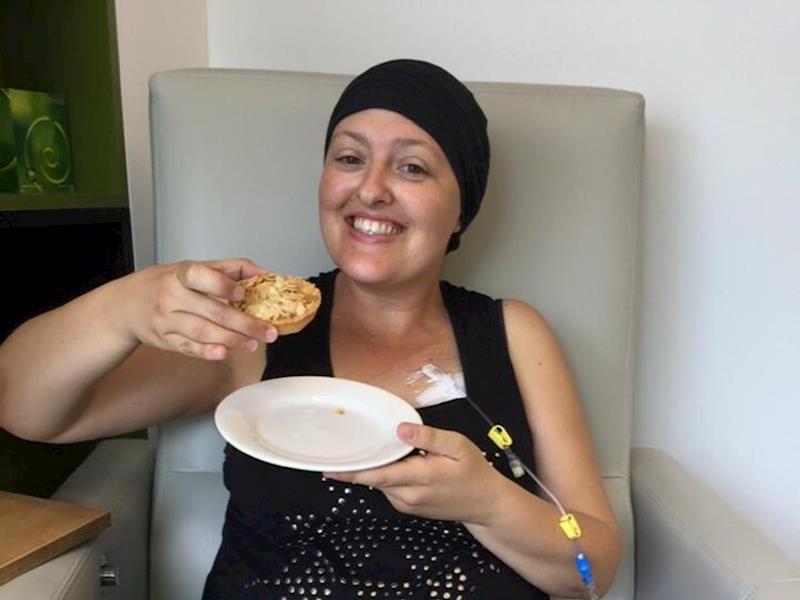 A few years ago Dedrè noticed a lump in her right breast and after a full medical and biopsy it was identified as a Stage 3 | Stage 4 cancer mass - an aggressive type. They immediately started chemotherapy - this would be every second week for a couple of months. Dedrè responded exceptionally well to the chemo and the cancer mass was significantly reduced by the 3rd treatment. Once she completed the chemo, radiation therapy commenced and she had a (single) mastectomy. This was a incredibly difficult time, the chemo knocked her off her feet - she would basically be in bed every second week following the very strong chemo. This was especially difficult considering she is a stay at home mom with 3 small children - Chloe, aged 6 at the time, Chelsea Aged 4 and Michael aged 2, at the time.

All seemed very well, the oncologist was very happy with her progress and between him and the breast surgeon they authorised the breast reconstruction.

The operation went well, but the laboratory found a very small mass - about 2.5mm - of cancer in the scar that they removed when doing the reconstruction. The oncologist was baffled by this as it was very unusual. Dedrè went back onto chemo - it was going to be a 'lighter, tablet' form but the side effects this time were much worse. There were times where she was absolutely flattened - both emotionally and physically. It was by far the most emotional part of her journey to that point.

Once the chemo was completed she started getting her body more healthy and joined health and support programmes of all sorts. Chemotherapy is incredibly harsh on the body and weakens it to the point where everyday functions become a huge challenge - not to mention the emotional toll it takes on any patient.

Sadly, only about 2 months or so after she had completed the chemo and received positive news from the oncologist, she found a lump under her arm. This was in September 2018 and after scans and biopsies it was determined that the cancer had returned, and in a different form, and reacted to estrogen specifically. She was and is still devastated by this news.

The oncologist is baffled as well, as her cancer has been 'out if the normal box', as he put it. Between him, the breast surgeon and a team of experts they decided to kick her body into menopause in order to assist with reducing the estrogen and hopefully reducing the cancer masses - there were a few smaller ones in her chest this time.

Physically, she is in the worst pain at the moment - she cannot sleep unless sitting up, she is on strong pain medication to help her cope from day to day. We are not sure exactly what the reason is for this extreme pain, but the oncologist is keeping an eye on it.

Emotionally she is keeping a positive front for everyone around her, but she is understandably devastated, worried about her future and that of her children and her husband. Her faith in God is strong and she is walking closely next to Him, trusting that He will heal her, but surviving is a day-to-day struggle for her at the moment.

The medication that she is on now is not funded or subsidized by the New Zealand Government, and it costs in excess of $6000 per month! This medication is vital to her treatment and without it she will certainly face the worst. The suppliers of this medication (Phizer) is only able to subsidize it after 10 months, which means they have to pay a whopping $60 000 for her treatment for the next year! Certainly this is a huge concern for us all.

This fundraiser will be applied directly towards her medication for the next 10 months. Every dollar raised is a dollar they didn't have before - from our family side we humbly ask that you open your hearts and your wallets and if you are able to do so, to please donate a few dollars towards Dedrè's recovery.

We thank you and all the people that have been such a huge support in the past. As a family we are humbled by the support of the local community and the dear friends who are contributing in all their different ways.

We ask that you keep Dedrè in your prayers during this challenging time. Thank you!

Dedrè is my younger sister, a phenomenal Woman and Amazing Mother, who I love dearly.

These funds will be used specifically for Dedrè's cancer medication. Should there be any excess funds these will be donated towards a Cancer institution / support organisation in New Zealand.

Paying to a verified bank account of Dedre Bloem
Page Moderated The page has been checked by our team to make sure it complies with our terms and conditions.