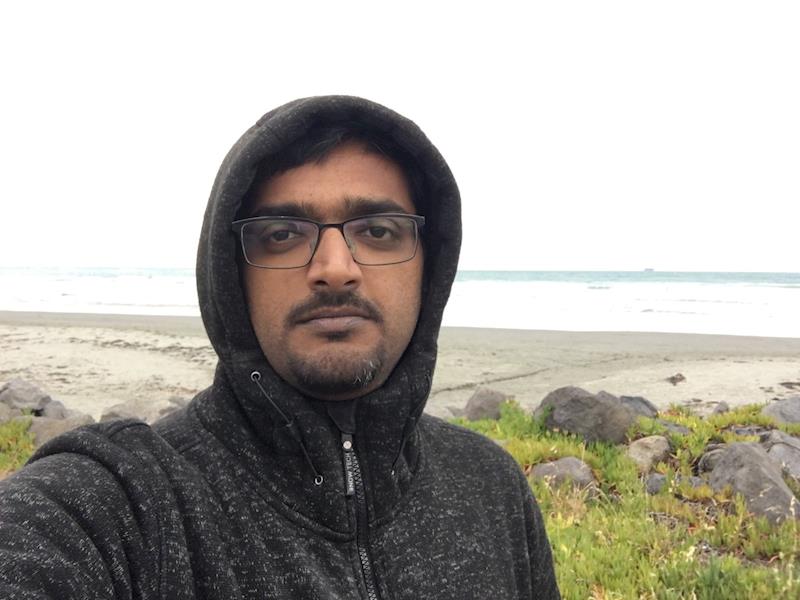 Please support Eldhose and family in their fight against terminal case of lung cancer.

This request for financial support is for a friend of mine, Eldhose Thoyalinkara Paulose, who has recently been diagnosed with stage 4 lung cancer.

Eldhose was a student in the Master of Civil Engineering programme at the University of Canterbury and arrived in New Zealand in July 2019. Prior to this, he had worked as a structural engineer overseas for nine years. Eldhose is one of the kindest, most dedicated and hardworking people I have ever met. His efforts paid off, and he earned an overall GPA of 8.5 out of 9 in his studies.

Because of his hard work and dedication, he was offered opportunities to pursue further study at a doctoral level but he declined these as he wanted to re-enter the workforce. He was offered a position as a Research Assistant in a joint project between the University of Canterbury, University of Auckland and BRANZ. He has been working on this project since September 2020.

However, in October 2020, Eldhose started having various serious health issues, including severe back pain, coughing and impaired vision. He sought medical attention, however the symptoms could not pinpoint exactly what was wrong. In January 2021, he was unexpectedly hospitalised with creeping paralysis when he woke up and couldn’t walk. He underwent urgent surgery to remove a lesion found on his spinal cord, and it was then that further tests were conducted. The sad outcome of these concluded that Eldhose had metastatic adenocarcinoma in his lungs. This is Stage 4, the most advanced stage of lung cancer. The cancer has now spread to both lungs, spine, larynx, behind an eye and to his skull. His condition is terminal with a very short life expectancy.

The positive in this tragic outcome is that the mutation responsible for his condition is the “ALK mutation” and the easiest of all mutations to treat. His medication is funded here in New Zealand, and the medication (if effective) can impede the spread of the cancer and help to shrink the tumours in the already affected areas without the use of chemotherapy. However, this medication is not a cure as different people have different durations of time to which they respond positively to it. We are hopeful that he will be one of the lucky ones and that it will be effective and improve his condition.

Another sad part of this situation is that he has been away from his family for over two years and because of COVID and his studies here, he hasn’t been able to travel back to India. Now, with this health condition, it is too risky to travel to see his family in India. His son, Ethan, was born there in July 2019 while Eldhose was studying here in New Zealand. Eldhose’s mother is frail and suffering from Alzheimer’s disease and his father undergoes dialysis. To be able to come to New Zealand, they spent most of their life savings on the cost of his studies. His dream has always been to settle his family in New Zealand, but now that future is uncertain.

If Eldhose’s condition worsens, it will lead to paralysis, loss of voice, sight and memory. We are hoping to help his family make some lasting memories together. We have been with him since his journey with this cancer started, through the few good days and the many bad days, and we know that the worst is not behind us yet.

His wife and son are now here in New Zealand on a Critical Purpose Visit Visa. Their arrival means we need all the financial support we can get. His treatment is funded in New Zealand, but his daily financial situation is uncertain as he is still recovering from his spine surgery, and with impeded mobility he has limited ability to work. His wife is unable to work on her visitor visa and it would be difficult for her to support the family alone. The added burden of the MIQ charges, even though we have 90 days to pay for it, makes this situation more difficult. With time, their financial situation will become very difficult as they live on what is left of their savings, these savings they ultimately intended to use for their son’s future.

So, at this time, we are asking for your support. Any contribution would help ease their burden during this time. Thank you so much for reading and contemplating supporting Eldhose and his family.

I am a close friend of Eldhose. I have known him before he came to New Zealand.

The funds will be used for the maintenance of the family, like paying different bills and day-to-day expenses. Any surplus fund would be saved for the education of the Eldhose's son.

Ana & Justin on 19 Apr 2021
Take care Eldhose! All the best for you and your family!
Private

Paying to a verified bank account of Eldhose Thoyalinkara Paulose
Page Moderated The page has been checked by our team to make sure it complies with our terms and conditions.

Want to get in touch with Arjun Murali?