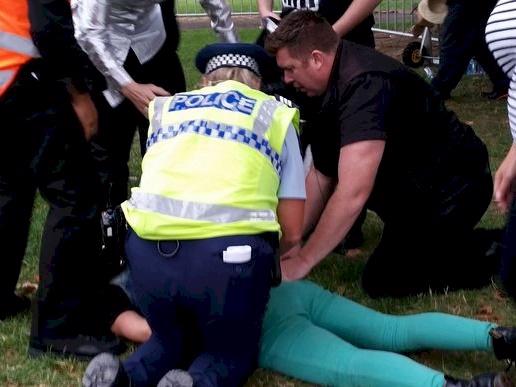 Emmy was brutalised by Pride security for protesting the inclusion of Corrections staff and Police in the Auckland Pride Parade on Saturday 21 February. Both these organisations have disgusting track records of mistreating trans people and there are trans women in men's prisons in New Zealand right now.

Emmy's arm was broken by a security staff member, and she was refused medical attention despite being in agony for over 45 minutes. Police tried to arrest her instead of seek help.

She is currently in Auckland hospital.

I'm fundraising for Emmy in case she needs money for medical care or any assistance in getting justice for this assault.

Paying to a verified bank account of Emmy Anagrammaton
Page Moderated
The page has been checked by our team to make sure it complies with our terms and conditions.

Want to get in touch with Nicole Skews-Poole?