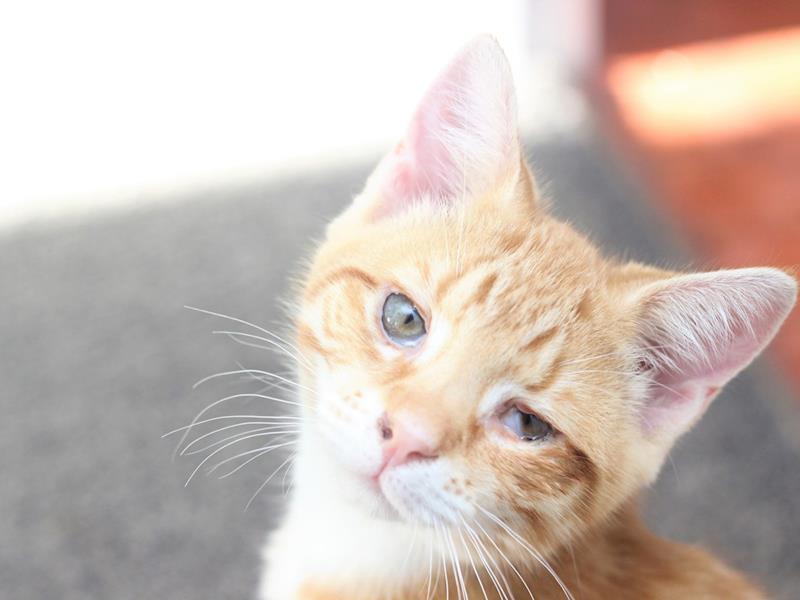 Giving Sparky his Spark Back

Closed Cause page created in the Animals category by Lonely Miaow

Sparky has fought the odds and overcome so very much. However 21 vet visits have come at quite a cost after a busy kitten season.

A picture paints a thousand words... and Sparky's little face really says it all.

Sparky came into care just after Christmas, severely underweight and incredibly sick. A lady had found him huddling on the road, soaked with rain and caked with mud. By the time his rescuer picked him up, he was unconscious, cold, dehydrated, anemic due to fleas and severely malnourished. He had severe cat flu and calici virus - he had ulcers all over his poor wee face and his eyes were gunked shut. He was as close to death as our rescuer had ever seen, but he still had a spark of life left in him, hence his name 💛

It looked like there was next to no hope he would survive his first night in care - his foster mum remembers saying "this boy is going to need a miracle". Well, a miracle she got. Despite his crazy low odds, Sparky slowly got better... his swollen eyelids started to open up to reveal those beautiful baby blue eyes.

Unfortunately, in January, Sparky had a setback - an awful flare up of calici that saw us nearly lose him again. His face and inside his mouth was quickly covered in painful ulcers that bled and stopped him from eating. He is such a little fighter he managed to bounce back. On top of all that, Sparky also required surgery to fix his sore eyes to give him relief from daily pain. To this day, he is still on treatment for congestion, with no indication of when he may be able to come off it.

All in all, this wee fella has had 21 interventions by veterinarian staff... he's had treatment after treatment after operation and still remains the brightest star in his foster mum's world. Having had a rougher start than he deserved, Sparky is an amazingly happy, playful, loving and smoochy kitten who has won everyone's heart. However as you can imagine, his vet bills continue to pile up as its not quite the end of his journey, he still needs treatments for a while yet and this comes after a busy kitten season when we are already desperate for funds.

If you have a few dollars to spare, please help us continue to provide young Sparky with the life he so deserves. Any funds left over after his treatments are able to cease will be used to provide important surgeries for other rescue kitties like him. We thank you wholeheartedly.

Rescuing stray and abandoned cats and kittens around the greater Auckland area, caring for them in foster homes, and finding their forever homes.

The funds raised will help pay his 21 visits to the vet, costly eye surgery, and on-going treatment. Any funds left over after his treatments are able to cease will be used to provide important surgeries for other rescue kitties like him.

To all our love supporters, thank you so much for helping us reach the target for Sparky.. he is doing well and loving live. Watch our social media for updates!

Created by, and paying to a verified bank account of, Lonely Miaow (Charity)
Registered Charity A Registered Charity has legal recognition under the Charities Act 2005.
Tax credit Donations of over $5 are eligible for a New Zealand charitable giving tax credit.
Page Moderated The page has been checked by our team to make sure it complies with our terms and conditions.

Want to get in touch with Lonely Miaow?