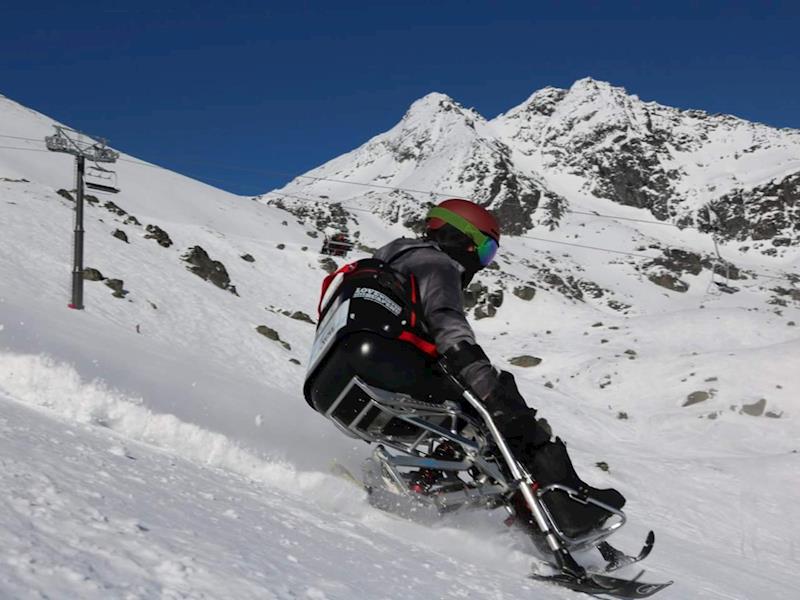 My son, James, has the opportunity to train in the USA for a place in the NZ Paralympics team.

In June 2012, the life of my eldest son,James, and of our family was changed forever. James was a passenger in a car which crashed at high speed. There were no seatbelts available for the rear seat and James suffered a spinal injury which left him paralyzed from the hips down. This was just before his 20th birthday.

He has always been fearless and determined, and these qualities have aided in his recovery. However he is also a very active person, who had been involved in motocross and downhill mountain biking before his accident. He could use a quad bike, but using this resulted in medical issues which delayed his return to an independent life.

Finally, about 2 years ago, he was able to move into his own home and hoped to move forward with his life. Unfortunately, he was unable to find a job or a sport to put his energy into. With a minimal income from ACC, he began to become depressed for the first time since his accident.

Then he discovered sit skiing. He was good at it - and very fast! Even with his limited experience he was noticed by SnowSport NZ and offered the opportunity to join their development team.

He now has a very real chance becoming a member of the NZ Paralympic team and even attending and competing in the 2022 Beijing Paralympics.

In order to achieve this, he needs to attend a training school based in Colorado. This training will be over a 4-5 month period and he will need to live in the US over that time. He will have the opportunity to compete against top athletes and qualify in top level competitions.

This will involve a very large expense and, on his return to NZ, he will then need to move to the South Island of NZ to continue his training, which will require more expenditure.

As his family, we are doing what we can to support him, but we also need your help and support in order for him to take advantage of this once in a lifetime opportunity. James is smart, determined and fully committed to this. He has already attended 2 training sessions in NZ and proven his potential. Your help will assist him to move forward and achieve his goal.

This is a once in a lifetime opportunity for my son - a chance to succeed in a sport for which he has developed a passion. His Father and I are enormously proud of how he has overcome the challenges he has faced and fully support his aim to compete in the next Paralympic games

Amazing weekend skiing at the Wells Fargo cup raising funds for the National Sports Center for the Disabled. Was privileged to be teamed up with the HENSEL PHELPS team and in an amazing turn of even managed to take second place in the teams event ( actually tied for first 😉). Super proud to help such an amazing team make the podium, was a first for the team and myself being up there. DynAccess Ltd getting me the best gear to race on 👌🏻

Laurie Howell on 25 Jan 2019
Good Luck James. Your Mum and Dad are very proud and sharing your stories.
$20

Paying to a verified bank account of James Thurston
Page Moderated The page has been checked by our team to make sure it complies with our terms and conditions.