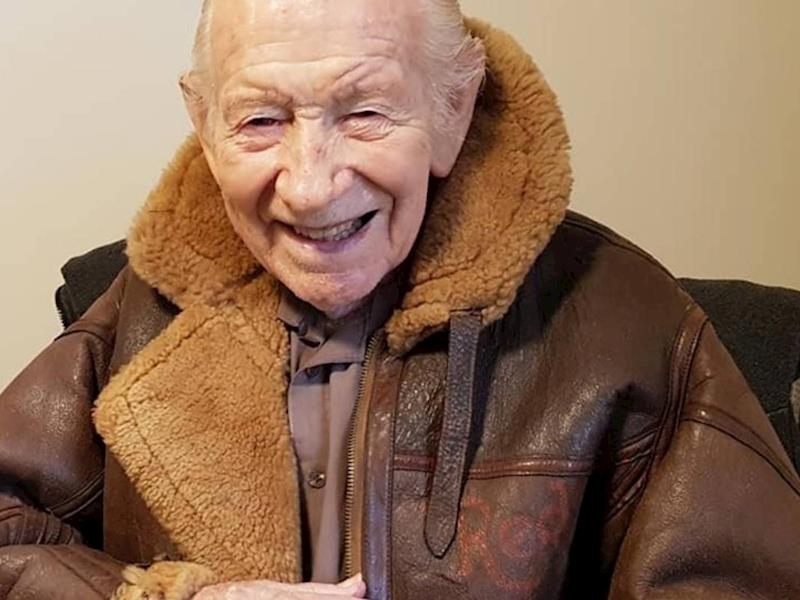 Help reimburse Maurice Mayston for the return of his flying jacket.

Maurice Mayston 98 has asked for help to regain his WWII flying jacket. "It's a part of me"

Maurice parted with his jacket in 2010 when he believed it was going to a Museum for an exhibition to mark the 75th anniversary of VE/VJ Days.

There was no museum. It was a private individual who had an idea for a project. In 2013 their project folded, and instead of trying to return the jacket to Maurice, they sold it to a Military Trader.

Maurice said "to most people it's just a piece of cloth, but to some people there are memories attached. The memories are closet to me, closer than they are to anyone else. It's a part of me."

He said its not right to trade other peoples memories for money.

He asked that I use his money to get the jacket back to him now, and one day for it to go to a museum, such as the 485 Squadron museum, or his good friend Sir Tim Wallace's Wanaka War Birds museum.

Maurice has paid $8150 for the return of his jacket.

A number of people have offered financial assistance to help Maurice get his jacket back. This page is to enable them to assist by reimbursing Maurice directly.

If donations exceed the $8150, we will contact Veterans Affairs to ask how they would best use the surplus.

The back story is available via

I am Richard Mayston, Maurice Maystons son. I am acting on his behalf in the return of his flying jacket.

The funds go directly to Maurice Maystons bank account to reimburse him for the $8150 cost to regain his WWII flying jacket. Surplus will be used to help other Veterans.

Shane on 23 Aug 2019
Would like to know where the extra money has gone to. Cheers Shane
$1

Mary, you darling. Maurice was just reminiscing about some expoilts of Chalky on Friday while being filmed. I think it will air next Anzac day. Thank you very much.

Craig, thank you very much for this. You have pushed him over the line. We have been very touched by the generosity, its really humbling.

Wow thank you so much BNZ. It will mean a great deal to Maurice to receive such support from the BNZ.

Paying to a verified bank account of Maurice Mayston
Page Moderated The page has been checked by our team to make sure it complies with our terms and conditions.