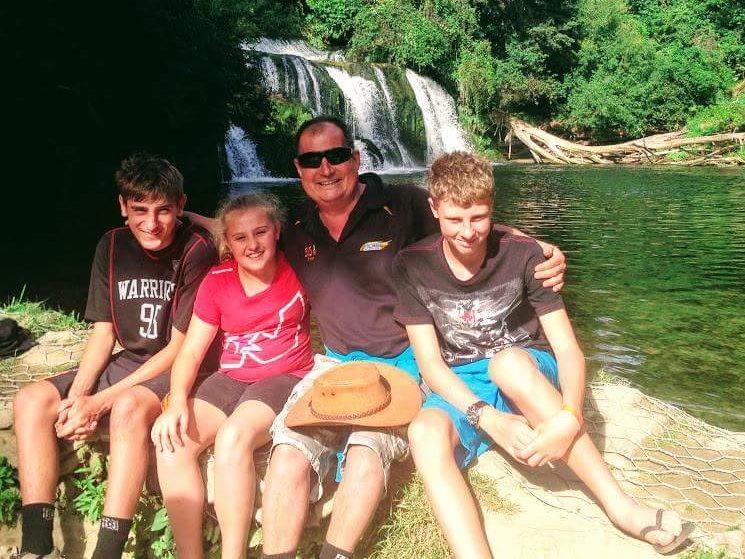 Help us save our brother!

Ryan is an exceptional and much loved father of 3 (who were 8, 10 & 12 when he was first diagnosed). He is the type of person that is always willing to help anyone, have a laugh and can fix absolutely anything!

Ryan was a well respected and talented maintainence engineer until one frightful sunny day in Feb 2012 where he suddenly had a debilitating seizure. It was soon discovered that he had an inoperable brain tumour and was given 2 - 5 short years to live. Ryans hope, positivity and fighting spirit didn't waiver for a second during his intense chemo and radiation treatment.

1 year passed and Ryan began getting headaches again, sadly another tumour was found. This time its location inside his brain meant that surgeons were able to operate and did so twice. Ryan again recieved massive doses of chemotherapy and radiation, once again, the tumour subsided.

In the coming years, Ryan would have major swelling in his brain affecting the right side of his face and body. He spent many worrying nights in hospital, then soldiering on through these and returning to his fighting self.

His children continued to come up to Marton from Christchurch and spend their school holidays with their dad, this makes him smile from ear to ear with love and immence pride.

During this time, Ryan and our family also enjoyed fundraising and actively participating in the Wanganui Relay for Life and plan to be a part of many more in the years ahead.

January 2017 and the tumour returned. However, now the chemo isn't working, surgeons can't operate and radiation is out of the question. Our only option is a non funded medicine called Avastin. This medicine will cost over $50,000 for the course of his treatment.

Ryan will need to have this every two weeks for the rest of his life. Avastin will not cure this dreadful brain tumour but will hopefully stop it from growing any bigger or at least slow it down.

Ryan and his children need to have more time together. They are far too young to lose their dad, and Ryan is planning on making many more lasting memories with them.

Since being diagnosed with his first tumour in 2012, he has been unable to work so cannot fund the treatment himself. Thankfully, he is part of a big family who can provide some financial assitance, but sadly not nearly enough.

Ryan really is an amazing person, he is an inspiration to many people because of his ability to fight, stay positive and be a genuine, fun, and very loving father, son, brother, uncle, friend and all round great guy.

Any contribution big or small will be much appreciated.

I am involved in this cause because he is my beautiful big brother that has a lot of fight left in him.

Funds will be used to pay for a non funded medicine to slow down the rate at which his tumour is growing as it has more than doubled in size since his scan in March. 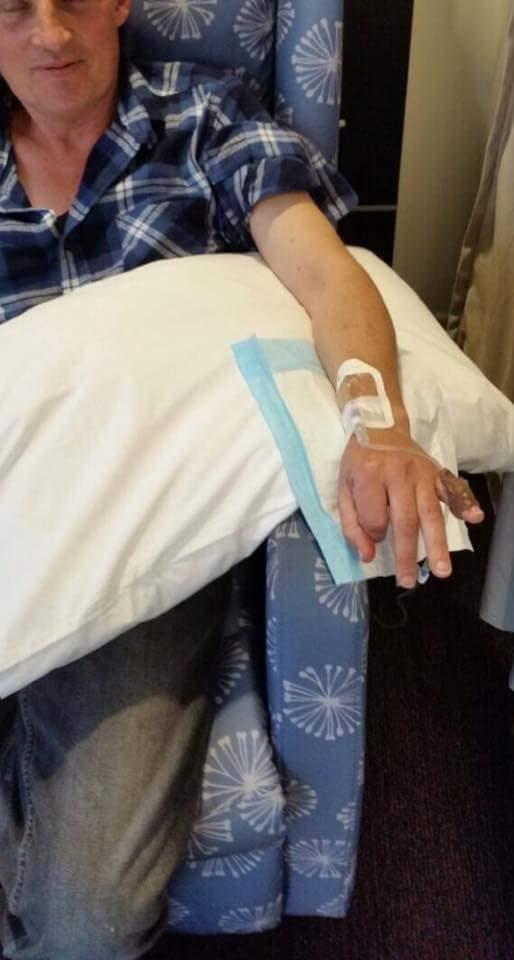 On Tuesday Ryan received his first treatment of Avastin.

He wanted us to pass on that he's glad the first treatment is done and that's he's feeling really good. Onwards and upwards from here 👍🏻

Also thanks for all the incredible support 💜

9NKTA - Social Studies Books on 29 Jun 2017
In class, there were many students that did not have books. So, I supplied the books to them and asked simply for a 50c or more donation to be given to a charity of their choice. We all decided that supporting Shauna was our best idea! We know that every bit you raise will go towards helping.
$20

Paying to a verified bank account of Ryan Boerboom
Page Moderated The page has been checked by our team to make sure it complies with our terms and conditions.

Want to get in touch with Nadine Nairne?