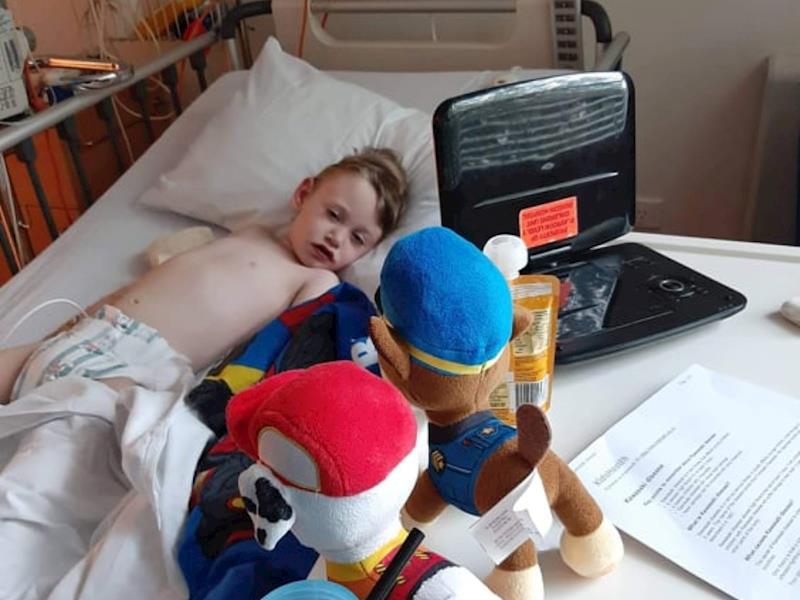 Given by 16 generous donors in 18 days

To provide extra financial assistance until Jackson has fully recovered & tamara to head back to work.

On the 31st of December Jackson started becoming unwell showing signs of a cold on the 2nd of January , Jackson (3) was taken in to the doctors with suspected toncillitus. Prescribed antibiotics & pain relief Jackson was sent on his way home for some much needed rest & time to recover.After 3 days Jackson was not showing any signs of improvement & continued to deteriorate. He stopped eating & drinking,he was going in out of consciousness, vomitting, high fevers & inflammation to most of his body including very swollen hands & feet. His neck is stiff from inflammed lymph nodes & a rash covering most of his little body.

Tamara & Dave were extremely worried something was not right. Jackson was then taken back to the doctors. Where they were referred to the Dunedin Hospital which he was admitted into the Childrens ward straight away bloods were taken, xrays ,scans, & an i.v was inserted for fluids.

The next day Tamara & Dave were told Jackson has a severe case Kawasaki disease - Kawasaki disease is a rear but serious illness it usually effects children under the age of 5 years .The disease causes high fevers that last at least 5 days left untreated can lead to heart damage.

Jackson was was put on antibiotics , his heart was monitored ,he has had 2 Blood tranfusions 72 hours apart from each other (a blood compound to put anti bodies from donated blood to help to reduce the chance of heart damage) hes endured a lumber puncture to determine what else may be going on as he has not shown very much progress He is currently unable to walk and small limitation of movements with his arms he is still on i.v fluids to keep him hydrated ,Asperin for the inflammation & pamol for pain relief regularly today is day 7 in the hospital.

Tamara and Dave live 50 minutes away from Dunedin , they are both seasonal workers with 2 children to provide for , they need both incomes to be able to survive and as of this week they are going to be down to one income. Dave is currently driving too and from work from the hospital ( 1hour 20 minutes away from dunedin) daily. Tamara is unable to go to work & has used the very small leave she has to cover the bills for the past week. The extra travel costs & the unknown of when jackson will be well enough to be discharged is up in the air. The doctors have informed them both that it will take Jackson a while to recover from this.

We all know We will do anything to help our children, being in a position like this it is hard to ask for help so i have taken it upon myself with their consent to ask on their behalf .

We will keep you updated on his progress daily . Thank you heaps!

I am Jordon, Tamara is my cousin. I am setting up this page in hope to take some financial pressure off their wee family at this time of need and Jacksons recovery in the coming months.

Petrol/travel costs & every day living costs to keep them above water. 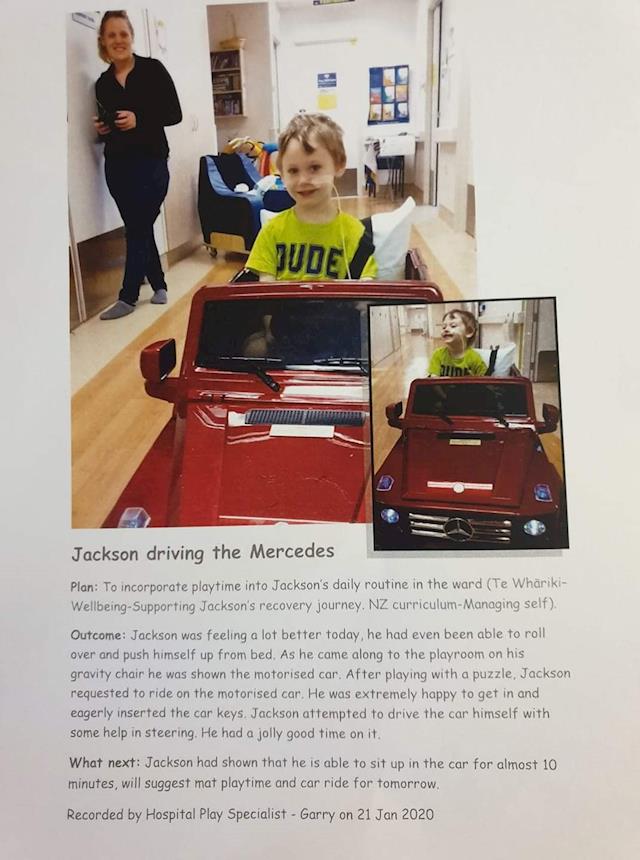 On thursday afternoon Jackson and his family were allowed to go home on a home visit for a couple of days to familiarize themselves back to every day life. All going well he will be discharged from the children's ward. Jackson has shown progress in his eating and talking and movement. How ever jackson still cannot walk and various limits of movement . He has a wee way to go and will need on going physio to help him build up strength in able to get back on his feet. This has been a horrible ordeal for jackson and his parents.but now is the next part of his journey to recovery. Tamara and dave have shown pure strength and resilience during this time and the time going forward. More updates with further progress. Thank you all for your love & support.

Paying to a verified bank account of Tamara Kini
Page Moderated The page has been checked by our team to make sure it complies with our terms and conditions.

Given by 16 generous donors in 18 days