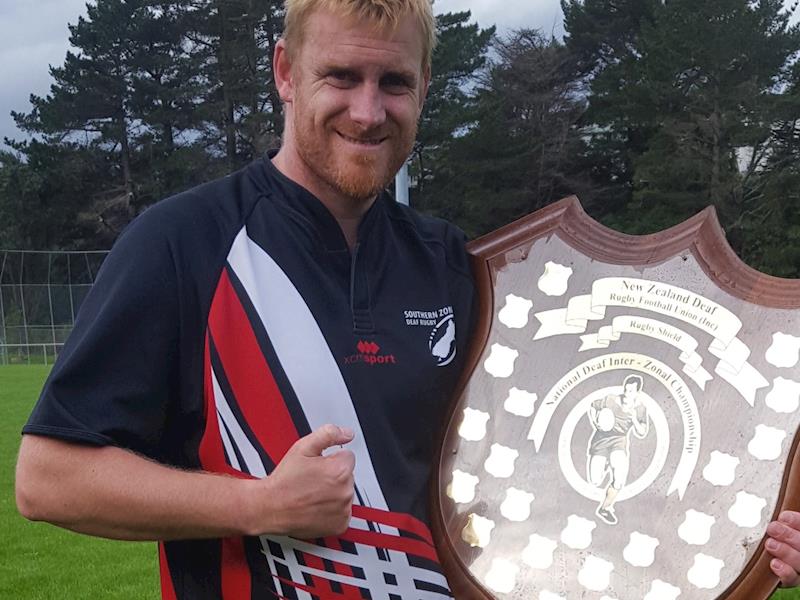 Closed Cause page created in the Sports category by Kristofer Jonsson

Given by 7 generous donors in 9 weeks

I have been selected for NZ Deaf Blacks team this year to tour England in November to play three tests against Deaf England.

Hi peeps, my name is Kristofer Jonsson. I born in Iceland but moved to New Zealand when I was only 2 half years old after my parent split and live there all of my life because of my mum came from New Zealand so she went back to home where she came from also I am full Deaf. I have got 3 kids who are under 6 years old.

I haven't start my new job yet since I should be in middle of April but got told been delay because of council but finally council have been there last week so I should have start job by next week or two, hopefully but they happy to let me go to England end of Oct to honor for Deaf Blacks but I probably not get my payslip for one month for my annual leave because of I probably will get only around 4 months with my new job so that's why I would like to hopefully to get some of fund that can cover worth of one month of my payslip.

I played for Southern Zone Deaf Rugby Union for 11 years now and we won 6th row this year as a southern team at Easter weekend in Wellington 2017. When I got home from Wellington this year, found out that I broke my sternum after a week later so they told me I cant play rugby for 2 months but it should been almost few weeks now and should be bit of my full heal. I have been want so bad to play for rugby on the field in a couple of weeks to build up, ready for our tour to England. I will play for Linwood rugby union club with other 6 Deaf Blacks player very soon.

This letter is to seek help to sponsor us or to make donations towards our funding target of $4000 per player to cover basic trip costs. Ideally, if would like to raise $1,000 extra each to help cover all my pocket money for foods, social, much etc.

We would really appreciate any sponsorship support you might give to help me be part of the NZ Deaf Blacks team aiming to win all three test against Deaf England in November.

$4000 per player to covers flights and accommodation and appoxt $6000 to cover cost of foods, passport, gear and tour to Iceland to see my family for just a week because I have not seen them for lots of years ever my father and sibs also return back to England then next day back to New Zealand. England is very close to Iceland so that's why I thought I would like to see them again as I miss them and my dad a lots and lots.

Created by, and paying to a verified bank account of, Kristofer Jonsson
Page Moderated The page has been checked by our team to make sure it complies with our terms and conditions.

Given by 7 generous donors in 9 weeks