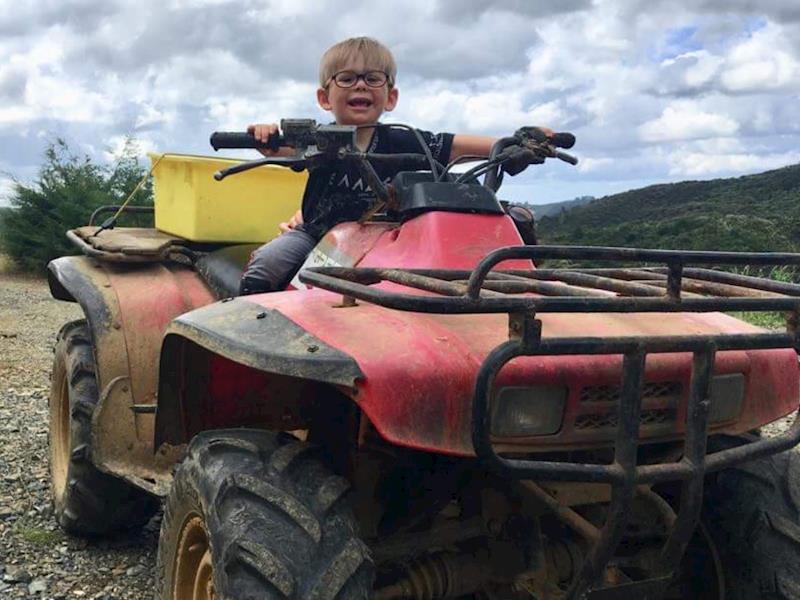 Luca's wish to speak - Fundraising for Luca to help him speak,eat and drink through therapy.

Luca was born on the 8th November 2014 at 11.50pm. Weighing a healthy 3.9 kg. Luca passed all the new-born screening test with flying colours.

Two days after Luca was born, his and my world changed forever. He went into respiratory distress and was transferred to Neonatal Intensive care.

Over the next six weeks, Luca was diagnosed with multiple conditions, some of which are a rare chromosome disorder and a genetic disorder.

When Luca was three days old, I was informed by one of his genetic specialists that he was very concerned for Luca’s future. That due to his chromosome and genetic disorders, Luca may never walk or talk and that he will have very low muscle tone and may have severe learning difficulties.

Luca also has dysphagia; he aspirates liquid due to his low muscle tone, so he is not allowed to drink orally. He therefore has a Mic key, which is a button through which I administer liquids through a tube into his stomach to keep him hydrated. Luca also must be properly supported when eating, so he has to sit in a wheelchair.

Despite support from family members, it has been a huge struggle to cope with Luca’s conditions. On a daily basis he needs speech therapy, conductive education, physiotherapy and occupational therapy exercises. I have worked diligently - taking him to therapy and spending many hours at home doing exercises to get him to the point where he is now.

On the 2nd April 2018 Luca took his first steps all by himself and since then he is taking more and more steps daily. It is still a long journey but is walking is improving daily.

Despite all of Luca’s challenges, he is bright, bubbly and cheeky little boy. His personality and smile lights up the room. Everyone that meets him falls in love with his big beautiful personality. He is very smart he understands everything that is said to him. He has a vocabulary of only three words, despite my working very hard to help with his speech. I have also been able to teach him Makaton sign language.

I have spent many years searching for therapy to help Luca with his aspirating and feeding issues and I finally came across a treatment centre in Sydney called the NAPA Neurological and Physical abilitation Centre https://napacentre.com.au/

They hold a three-week intensive program, where Luca will have therapy every day. There will be a speech and language program, that will help to give him the tools to talk, and help with his feeding issues, so he can drink like all of his friends and sit up at the table with them at day-care.

I am a solo mother and have not been able to return to work since having Luca, because of his special needs. Unfortunately this therapy is not funded, so to make this dream a reality, I need to raise funds to cover the cost of therapy, flights and accommodation for Luca and I while we are in Sydney.

I desperately need to get Luca to Sydney to take part in this life-changing therapy. But I can’t do it alone and urgently need your help. Please support Luca in making this dream a reality. Every dollar that you donate, will get him closer to being able to communicate with the world, to eat and drink normally and to improve his walking.

All money raised will contribute to therapy in Australia for Luca. Any surplus money will be used towards essential follow up therapy once we are back in New Zealand.

Guest Donor on 23 Sep 2019
Knowing you Luca was the highlight of my moving to New Zealand! Keep that smile buddy
$25

Created by, and paying to a verified bank account of, Bridie Kissin
Page Moderated The page has been checked by our team to make sure it complies with our terms and conditions.