$1,340 donated
Given by 24 generous donors in around 6 months
Closed

We are on the verge of unprecedented environmental and climate catastrophe. Almost 4,000 of our native species are currently threatened with or at risk of extinction. NZ cannot afford to put unnecessary development ahead of our environment any longer. Change is needed before its too late.

In 2016, NZTA began to focus on the Mangapepeke Valley for a road realignment proposal at Mt Messenger. The old growth forest is home to ancient native trees. The wetlands represent a critically endangered NZ ecosystem.

The focus on this route was a request from a neighbouring landowner, who now stands to benefit to the tune of more than half of the value of their $14.5M treaty settlement, in exchange for just 20 hectares. The Crown gave them power of veto over the entire project and also generously reimbursed them for their time along the way.

The Pascoe Whanau on the other hand, since 2017 have been threatened with compulsory acquisition of a similar sized piece of their land, in which they would receive $180K for 24 hectares. The unequal treatment of the different Maori groups in this process is striking. Tony and Debbie would be unable to even remain on their land in their own home.

Of even greater concern to the Pascoes, is the catastrophic and irreversible damage that will be caused by the proposed project, to the critically endangered bats, kiwi and other native birds and fish, and to the mauri of the valley itself. 100 acres of indigenous vegetation and wetlands will be destroyed. Click on link for video, watch to the end.

We believe NZTA should reconsider this proposal and instead, realign the existing route as far as is practicable and cost effective. Having to manage traffic is no excuse for destroying the environment. In any case, we believe their proposal simply cannot succeed in the Courts.

The Pascoes are into their fifth year protecting the valley from this threat and are now headed to the High Court. The impact on Tony and Debbie has been prolonged and significant, it has affected their wellbeing and also their ability to earn a living. Tony and Debbie have spent thousands of hours dealing with this project which NZTA and LINZ are refusing to reimburse.

The legal processes (Public Works Act, Environment Court, High Court) which are being run in parallel are costly and time consuming. We are also continuing to lobby the relevant Ministers (Conservation, Transport, Justice), who are yet to agree to even meet with us. We expect the costs to be in the hundreds of thousands.

All funds raised will go directly to Debbie and Tony Pascoe.

I have known Tony and Debbie all of my life and want to support them as they approach their fifth year protecting the wetland and forest in the Mangapepeke valley. This is taking a significant financial toll on these hard working people. 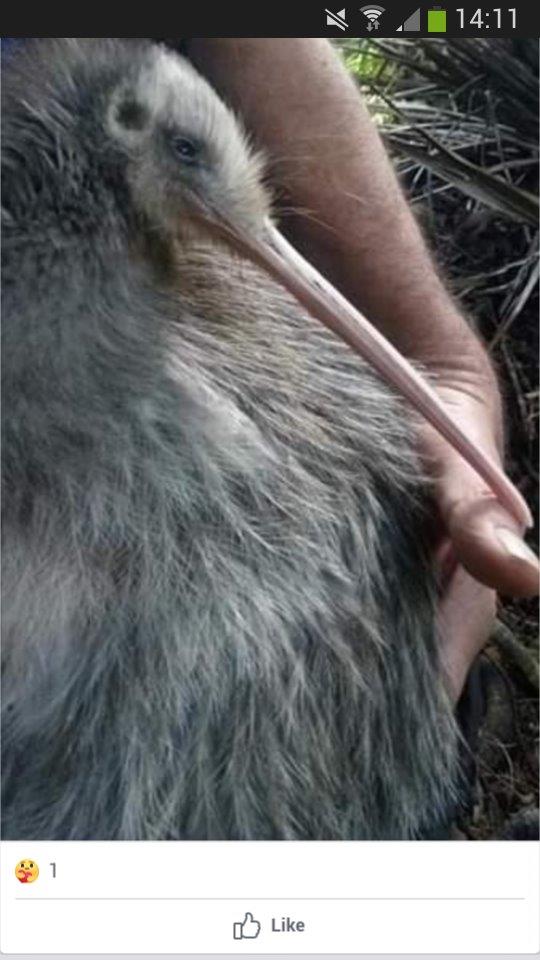 This old lady's home is endangered, as well as many other kiwi in the Mangapepeke Valley. NZTA will remove any kiwi in their way. Help us stop this.

Paying to a verified bank account of Debbie and Tony Pascoe
Page Moderated The page has been checked by our team to make sure it complies with our terms and conditions.