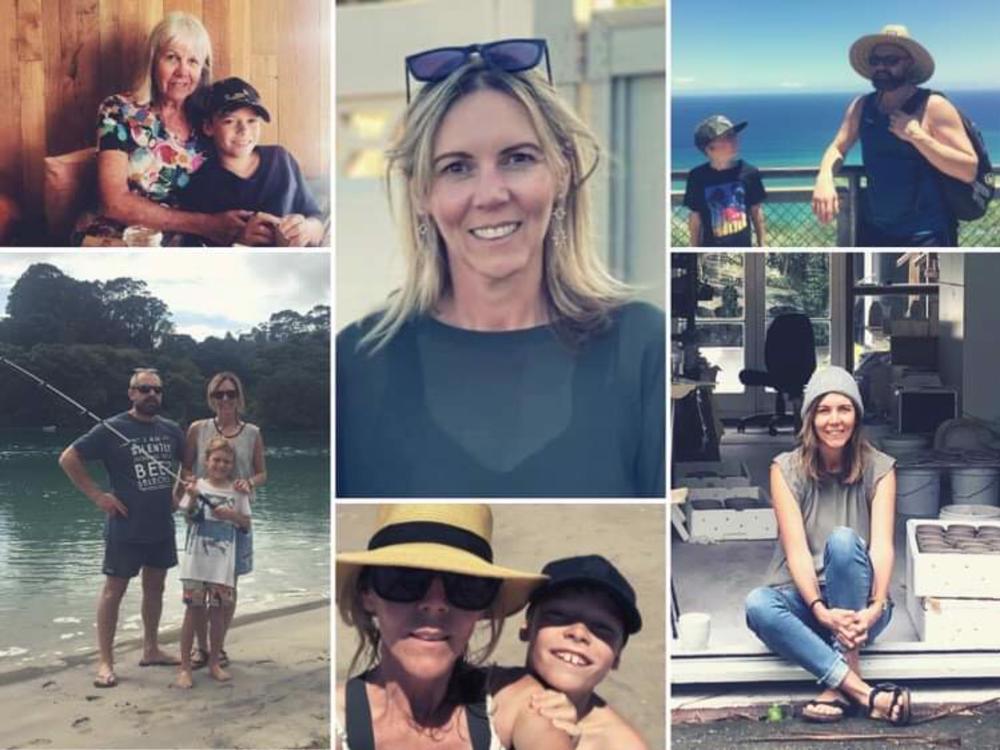 Renee’s breast cancer was bad enough. But brain cancer is even worse, as she can no longer work to help support her family.

Renee’s breast cancer was bad enough. But brain cancer is even worse.

Renee’s work as a ceramicist is well known throughout New Zealand, as she has been selling her beautiful creations to consumers via retailers for years.  About three years ago, Renee was diagnosed with breast cancer and had a mastectomy.  Her prognosis was very good, as her surgeon said there was only a 2% chance of the cancer spreading throughout her body.  So Renee kept working - enjoying her craft, enjoying her life, and helping to support her family financially at the same time.  Life was great, once again.

That all changed a few weeks ago - in a heartbeat. Renee suffered a brain seizure in her pottery studio and blacked-out.  She was taken to the hospital A & E, where she had a CT scan.  It revealed 10 tumours in her brain.  She had brain surgery shortly thereafter to remove one tumour for diagnosis.  The surgeon took out the one that was closest to her skull and was least likely to cause damage, such as affecting her speech. The breast has metastasis to her brain. 2% chance of further cancer had now become 100%, as the cancer from her breast had travelled through her blood to her brain.  Renee is on complete bed rest and will start radiation treatment and chemotherapy in a few weeks.

It’s hard – actually impossible - to imagine how devastating this news was to Renee and her family. As the weeks have gone by, the reality of the implications of brain cancer has become even starker and more devastating.   Because she is bedridden, Renee misses her walking and all the little chats in the day that she would normally would have with her local community at the coffee shop, pilates class, yoga, neighbour’s and courier drivers. As she warmly refers to was her work colleagues.

She is also sorely missing the Mum stuff - like shooting hoops with Jed, watching him practice his Ollie’s and kick flips, and making sure his white socks are washed.

But the implication leading to this Give A Little plea is simply that Renee can no longer work, which of course is causing her and Dave considerable anxiety.  Dave works as a cabinet maker, while Jed aged 11 attends the local Konini primary school in Glen Eden.

Equally as bad, Renee’s brain cancer will rob her of the ability to do what she loves doing, i.e., ceramics.

So our plea is that you please give whatever you can to help compensate for Renee’s loss of income for the months ahead. We can guarantee you that Renee and Dave - and even Jed - will be eternally grateful.

Guest Donor on 08 Aug 2022
I still admire and love each piece I have of yours Renee. Heartfelt thoughts are with you and your family.
$100

Phillip on 07 Jul 2022
Devastated to hear about your sudden change in circumstances. We visited your workshop during an Open Studios Waitākere weekend a couple of years ago and purchased one of your pieces.... Hope you and your family are doing ok. Sending positive thoughts...
Private

Colin on 25 Jun 2022
Be positive easy to say hard to do. I did 6 weeks chemo and radiation in my neck. Now waiting for a scan to see how effective the treatment was.
$20

Created by, and paying to a verified bank account of, Renee Boyd
Page Moderated
The page has been checked by our team to make sure it complies with our terms and conditions.

Want to get in touch with Renee Boyd?