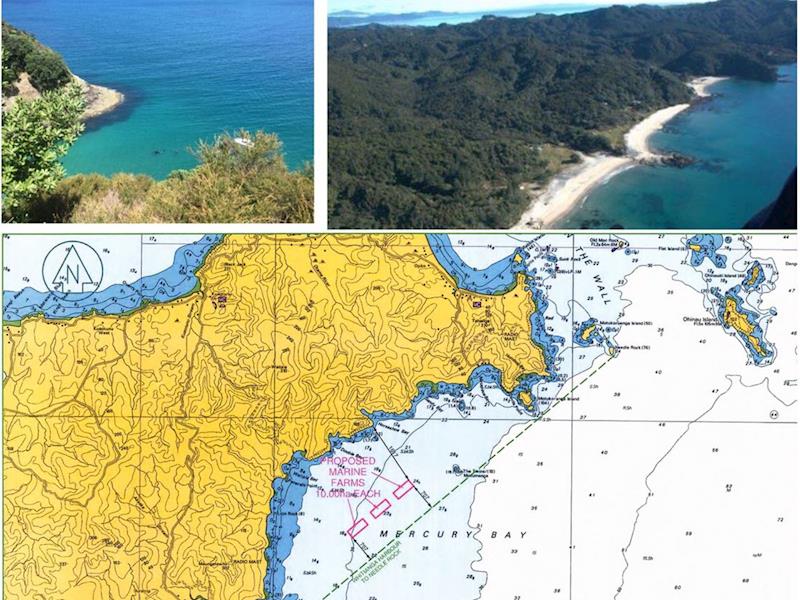 Given by 28 generous donors in 11 days

A Resource Consent to construct a 30 Hectare mussel spat farm in Mercury Bay, Coromandel has been granted by Waikato Regional Council. It will be 2km in length and the size of 30 rugby fields.

Save Mercury Bay Trust opposes this and is supporting an appeal in the Environment Court. We oppose the farm because of:

1. Adverse landscape and natural character effects: we are concerned the mussel spat farm will be an unsightly industrial type structure on the eastern side of Mercury Bay.

2. The effect it will have on the environment: New Zealand has only 200 Orca and they are regular visitors to this part of Mercury Bay marine alongside other mammals such as dolphins, seals, and whales. The mussel spat lines will pose an entanglement risk to these mammals. We are concerned that even one entanglement will have dire effects on the population of some of these species.

3. The rubbish that will be created by the mussel spat farm washing up on surrounding beaches.

4. Biosecurity risks: invasive species such as Mediterranean Fan Worm and Undaria could be introduced by the transportation of mussel farm equipment coming over from the Firth of Thames. This could put native species at risk.

Mercury Bay is one of New Zealand’s treasures. The mussel spat farm will change forever how we sail, fish, sightsee and travel safely across the bay.

For more information visit the Save Mercury Bay Facebook page.

The Save Mercury Bay Trust has been established to preserve one of New Zealand's treasures - Mercury Bay. It opposes mussel farming in Mercury Bay.

We need public support to pay for legal costs and expert witnesses. If the applicants withdraw their application or we are unable to raise sufficient funds any funds donated and unused by the Trust will go to the Whitianga Coast Guard.

Posted by: Save Mercury Bay Trust

Created by, and paying to a verified bank account of, Save Mercury Bay Trust (Charity)
Page Moderated The page has been checked by our team to make sure it complies with our terms and conditions.

Given by 28 generous donors in 11 days