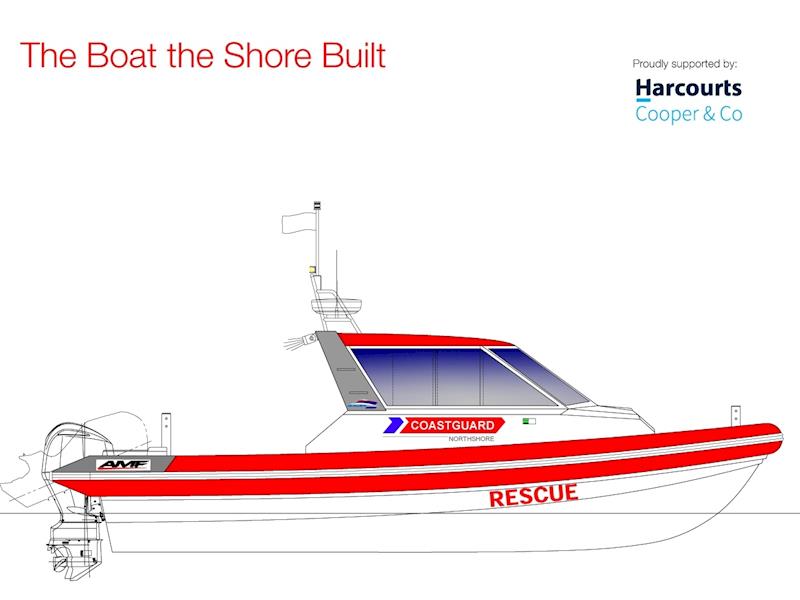 The Boat The Shore Built

Saving lives at sea isn't easy, without your help it's impossible.

The common bond that we share as Coastguard North Shore Volunteers is undoubtedly that of saving lives at sea and the special camaraderie that exists in doing so.

Housed in the Marine Centre in Browns Bay on Auckland’s North Shore, where we have been based since 1990, we are at the very heart of the East Coast Bays Community that we live in and hold dear.

There is huge dedication and commitment from the members of Coastguard North Shore, to ensure delivery of the very highest level of search and rescue to kiwis in need on the popular boating spot of the Hauraki Gulf where the weather can change in a minute.

Our vessel ‘North Shore Rescue’ is fully crewed and on duty every weekend, Public Holiday and every day during the busy summer holiday period with our volunteers on standby ready to drop everything to head out to assist kiwis on the water 24/7.

With a response time from pager activation to launch averaging 15 minutes outside work hours, and 25 minutes during work hours, Coastguard North Shore volunteers receive tremendous support from family members, employers and clients alike who they often leave at the drop of a hat to risk their lives to save the life of another. We pride ourselves in being one of the most effective units in the country - highly regarded by both the public and wider Coastguard community.

The Boat the Shore Built

The current vessel, North Shore Rescue, was commissioned in 2006 and built in 2007. She commenced operational duties in November of that year.

Since this time she has contributed outstanding service to both Coastguard North Shore and the Region - in fact, she has been one of the busiest and most valued resources in the country!

At the time of her launch it was anticipated that she would require a mid-life refit after four years, and be replaced after a total of eight years. She was accordingly refitted in 2011 and was due for replacement at the end of 2015. This was planned as per Coastguard’s Regional and National Capital Replacement Programme.

As you read this, we are significantly advanced through our build process, and desperately require the rest of the funding to ensure our new vessel can be delivered on schedule and to commence service later this year.

We need the help of our community to make this possible. Every donation is gratefully accepted and cherished.

The charity of saving lives at sea, standing by with trained volunteers on call 24 hours a day every day of the year. 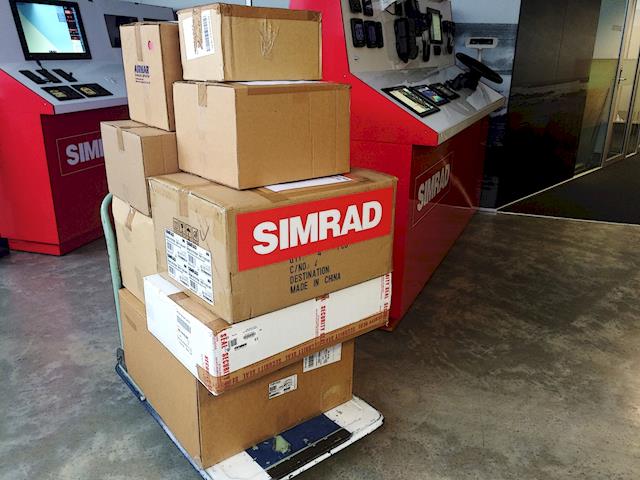 This might not look like much, but this modest pile of boxes holds the latest in marine electronics from Simrad.

Simrad, owned by the global leader in marine electronics, offers products designed locally here in Auckland and tested in Auckland conditions. These products are validated onboard vessels like our existing North Shore Rescue to be able to stand up to the demanding task of front-line search and rescue.

We chose Simrad because it offers the greatest features and high-degree of usability that our crews demand. From low-emission broadband radar technology for crew safety and enhanced night capability, to its ultra-responsive and user-friendly interface that allows our crews to build proficiency to keep the vessel and crew safe at all times.

We're all really excited to get our hands on the system come hand-over day.

Created by, and paying to a verified bank account of, Coastguard North Shore (Charity)
Registered Charity A Registered Charity has legal recognition under the Charities Act 2005.
Tax credit Donations of over $5 are eligible for a New Zealand charitable giving tax credit.
Page Moderated The page has been checked by our team to make sure it complies with our terms and conditions.

Want to get in touch with Coastguard North Shore?