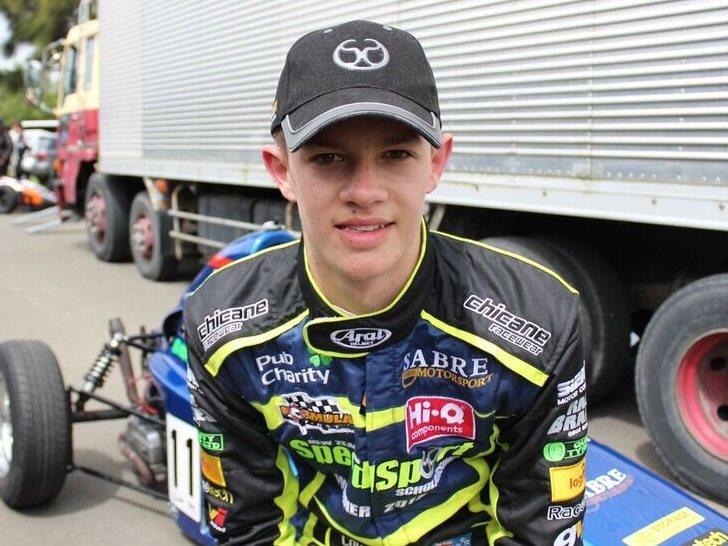 Given by 4 generous donors in one year

Bringing New Zealand and the voice of youth into international Motorsport based in the F4 American National Championship.

Help Conrad and his quest to mentor and support youth in New Zealand to motivate themselves to achieve goals and dreams they never thought possible.

From April 2018 Conrad Clark will bring New Zealand and the voice of youth into international Motorsport based in the F4 American National Championship after signing with a US based Kiwi Motorsport team.

Conrad Clark of Ngai Tahu descent is a 15 year old Motorsport driver. He is too young to hold a drivers licence on New Zealand roads however that doesn't stop him from holding a motor racing licence to race on the international scene. He will compete in a six-round championship, the final event being held at the American Formula 1 Grand Prix in Austin, Texas with an audience of 340 000 in the stands and worldwide television coverage.

Clark has been welcomed to the team by co owners of Kiwi Motorsport. "We are so pleased to have Conrad join Kiwi Motorsport," team owners Teena Larsen and Garry Orton said via a statement. "The team was set up to open doors for Kiwi drivers and mechanics and having a kiwi driver means a lot to us and falls in line with our goals.

Motorsport aspirations to inspire other youth following the completion of his F4 campaign.

Funds will be used to support Conrad with his travel and associated expenses to America initially over 4 trips to complete the F4 6 round series in his quest to support youth in New Zealand to motivate themselves to achieve goals they never thought possible.

Paying to a verified bank account of Cheryl Ingram-Clark on behalf of Conrad Clark
Page Moderated The page has been checked by our team to make sure it complies with our terms and conditions.

Given by 4 generous donors in one year