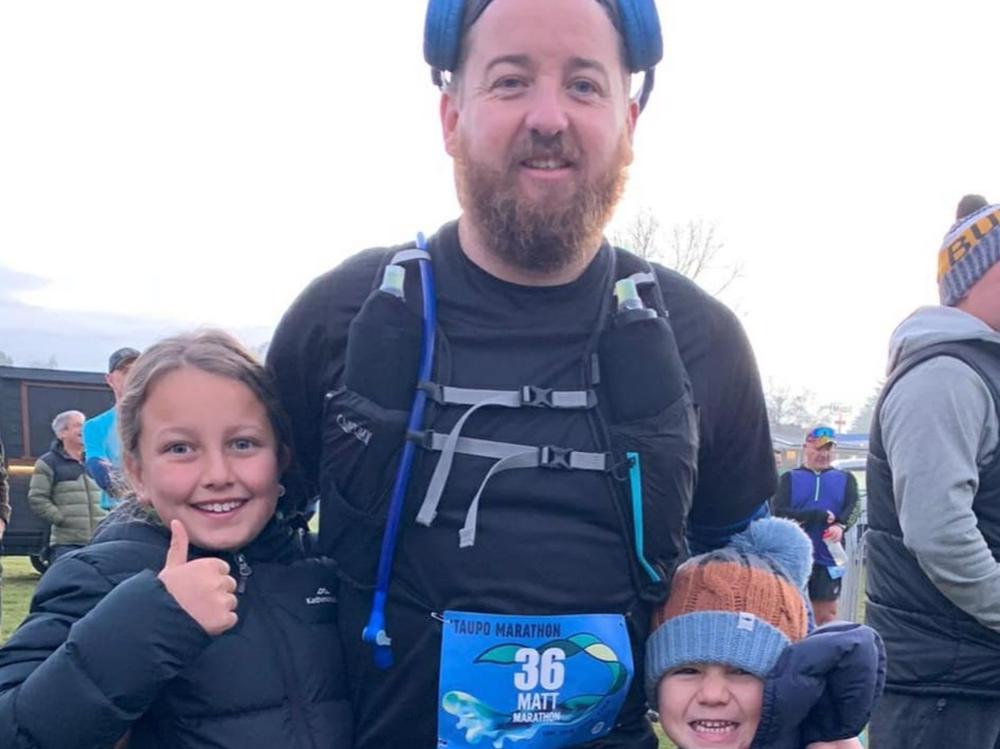 In 2009, my half brother Stu took his own life. At the time, I was 18, away from my parents for the first time at University having a great time, playing footy, making new mates and not a care in the world. When my brother passed, it confused me because I barely knew him, but then he was gone. I felt guilty for not being able to 'grieve' but what I have come to understand as I have gained more life experience and maturity, I grieved in a different way, I pushed it all the way down and it was a tragic moment that impacted me from the inside for a number of years. I am running the 102km at the 2022 Tarawera Ultra Marathon to prove the reaching deep inside and allowing yourself to feel, communicate, ask for help and believe in yourself, anything is possible. I not only run for my brothers down south and their whānau, I run to be a positive role model to my own whānau, to my friends and extended family and the kids that I have the privilege to teach in my role as a coach and kaiako.

My main message is that on the other side of challenges comes a greater version of yourself, however running is a small challenge compared to some challenges that people go through every day. I live by the quote, "Strive not for success, but greatness" and what I mean is to always push to be the best version of yourself you can be, but I also know that you need support and it is definetly not weak to speak! Suicide has had an impact on our whānau, but I choose to use this experience to motivate me to be the best Matt I can be for Stu, for my kids, my wife and everyone I have the privilege of knowing and working with in my life. I strive to lead my life through kindness as I know very well that everyone is going through something we may know nothing about!

I will be running to raise funds for STAROS, a charity that supports those affected by suicide. The not for profit supports many other organisations that raise mental health and suicide awareness such as Rob Mokaraka's 'Shot Bro' and Taranaki Retreat to name a couple.

STAROS is a local, not for profit charity based in the Hawkes Bay run by a small group of dedicated volunteers that started as a support group for people affected by suicide in March 2012. Warren Brown had lost his eldest son Stu to suicide in June 2009 and met another mum, Teresa, who had also lost her son Ryan in December 2009 and they talked about the lack of a support group in the Hawkes Bay so decided to start one up.

STAROS is an acronym based on their sons (Stu and Ryan Our Sons) and is a legacy run in their memory by two parents wanting to support others through what is an unimaginable grief.

In August 2016 a couple they met asked STAROS to be the recipients of funds raised through a charity boxing event they were running in honour of their son who died by suicide the previous year, they had trouble finding support and wanted to help STAROS raise their profile in the community. To receive these funds STAROS needed to become a charity and in November 2016 the STAROS Affected by Suicide Support Trust was registered as a charitable trust.

STAROS has a basic philosophy of caring for and supporting others and is always willing to host or be involved with any events that will benefit and potentially improve the wellbeing of the people in their communities which in turn helps to build strong, healthy communities. Where possible events hosted by STAROS are free to attend to make them as accessible as possible for all people in their community. STAROS has a grassroots focus in this space believing we all have an opportunity to make a difference in someone’s life with community supporting community playing a big part.

Thanks for your donation Sharon, we appreciate your support and for supporting Matt with his challenge