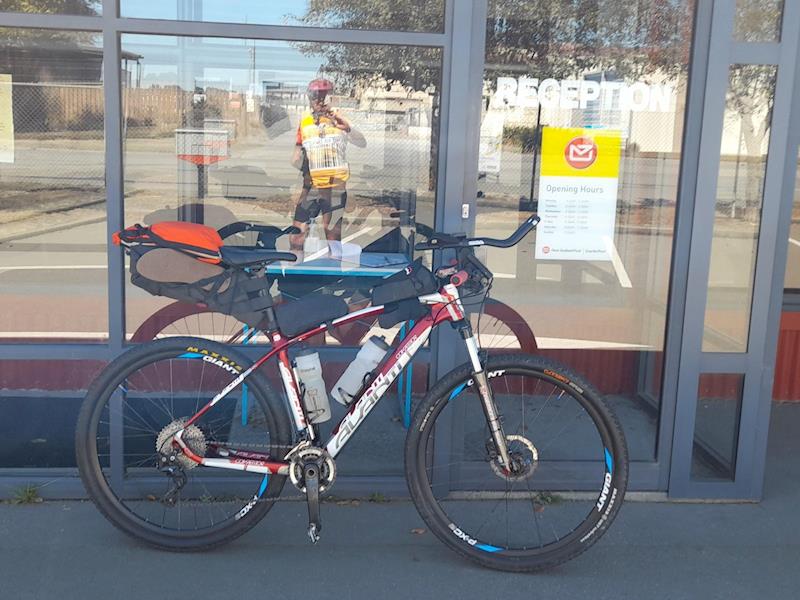 Richard is about to commence a fundraising cycle ride, both to complete his work auditing the NZ Post southern sites for 10 days, and to raise money for the Life Matters Suicide Prevention Trust.

Richard and Moira’s son Blair suffered with what was labelled ‘anxiety’ at high school. He received support through school and the child system and was able to see a psychologist during this time. When he left school and moved over to the adult mental health system, there was no easy transition for support. Blair was directed to his GP, who provided medication, but not much else.

At 19, Blair was “almost through it” in terms of his struggles with anxiety. He was at polytech, flatting in Christchurch, and his family were in Dunedin. Everything seemed to be going well. Richard has shared that he knows now that this actually the most vulnerable time for Blair, as when things are bad, there is plenty of support, and not much further to fall. When things are going well, a person who suffers with mental illness knows the gap is wider and the further they fall making the struggle back up so much harder.

On the 8th of September 2017, Blair died by suicide. As you would expect, this was the absolute worst time for his parents, family and friends. Blair is buried at the urupa at Tuahiwi.

Richards has said that “men don’t share”, and that is a big part of why he is sharing his journey.

Richard is riding for his mental health, as part of #letsgetphysical in the NZ Post wellbeing programme #L.I.F.E (Living it fully everyday). Richard rides his bike – to keep well himself, for his own mental health. Being physically fit and healthy and eating the right foods that fuel his body, has made an immense difference to Richard and his ability to cope with his grief. He said that since Blair died, people who are also bereaved by suicide keep “coming out” to him and sharing. It has been comforting to be shoulder tapped by people who have also been touched by suicide and sharing a moment, giving you that feeling of “I am not the only one, and you are not alone”.

Richard’s ride will start on Sunday 14 March date, and involve these sites and cycling distances:

Guest Donor on 31 Mar 2021
As the father of a 19 year son who struggles a bit at times with life I am close to tears reading your story. Go well Richard - for your son and those who also struggle with life
Private

Paying to Life Matters Suicide Prevention Trust
Tax credit Donations of over $5 are eligible for a New Zealand charitable giving tax credit.
Page Moderated The page has been checked by our team to make sure it complies with our terms and conditions.