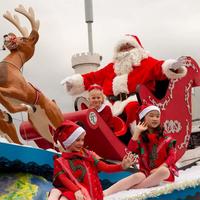 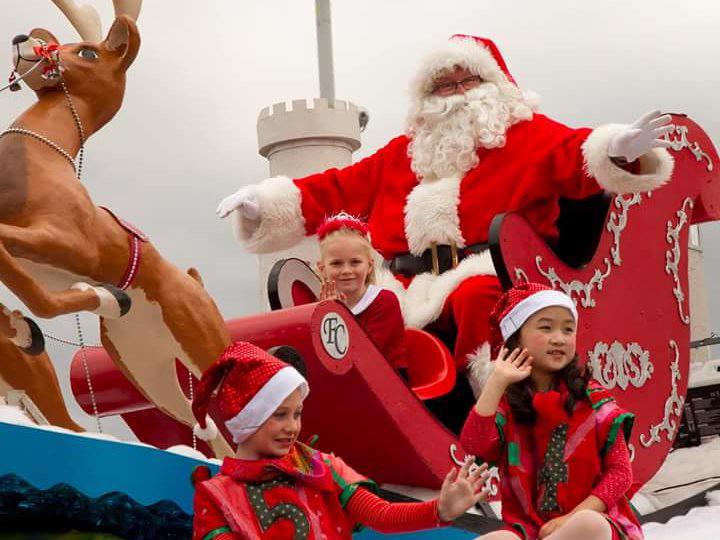 The Christchurch Children's Christmas Parade Trust has a commitment to the children and citizens of Christchurch and its environs to hold the Santa Parade annually. The parade is the South Islands largest and most successful annual event especially for children.

For 70 Years the annual Santa Parade has enriched the city of Christchurch,64 years in the inner city and the past 6 years since the earthquakes in Riccarton.

The Farmer gifted the Santa Parade to the city in 1991 when it became too costly to run. Mayor Vicki Buck considered the Council was not in a position to undertake the cost of organizing such a huge, iconic event at that time. A Trust under the leadership of then City Councillor Newton Dodge, was urgently formed to manage the event on behalf of the city thus ensuring its continuation.

The Santa Parade has grown from 4 hand drawn floats in 1947, which made their way from the former railway station in Moorhouse Ave, through the town to the Hay's Department store, to presently over 135 units.

It is now a real community event that provides entertainment for everyone keeping in mind and not losing the true spirit of Christmas.

After failing to get funding from The Christchurch City Council at this stage, the Trust is appealing to the public in a last effort to save the parade.

The Trust can only afford to pay the bills until May because their fund reserves were used covering the shortfall from last years parade. The budgeted cost for the annual running of the Parade is $200,000 which includes rent, rates, insurance, the floats, costumes and the running of the parade itself.

The Christchurch City Council funds 50% of this ‘not for profit event and we thank them for their contribution.

However, the Trust is appealing for further assistance from the public through our ‘Give a little’ page.

All donations are gratefully accepted.

Created by, and paying to a verified bank account of, Christchurch Childrens Christmas Parade Trust (Charity)
Registered Charity
A Registered Charity has legal recognition under the Charities Act 2005.
Tax credit
Donations of over $5 are eligible for a New Zealand charitable giving tax credit.
Page Moderated
The page has been checked by our team to make sure it complies with our terms and conditions.

Want to get in touch with Christchurch Childrens Christmas Parade Trust?