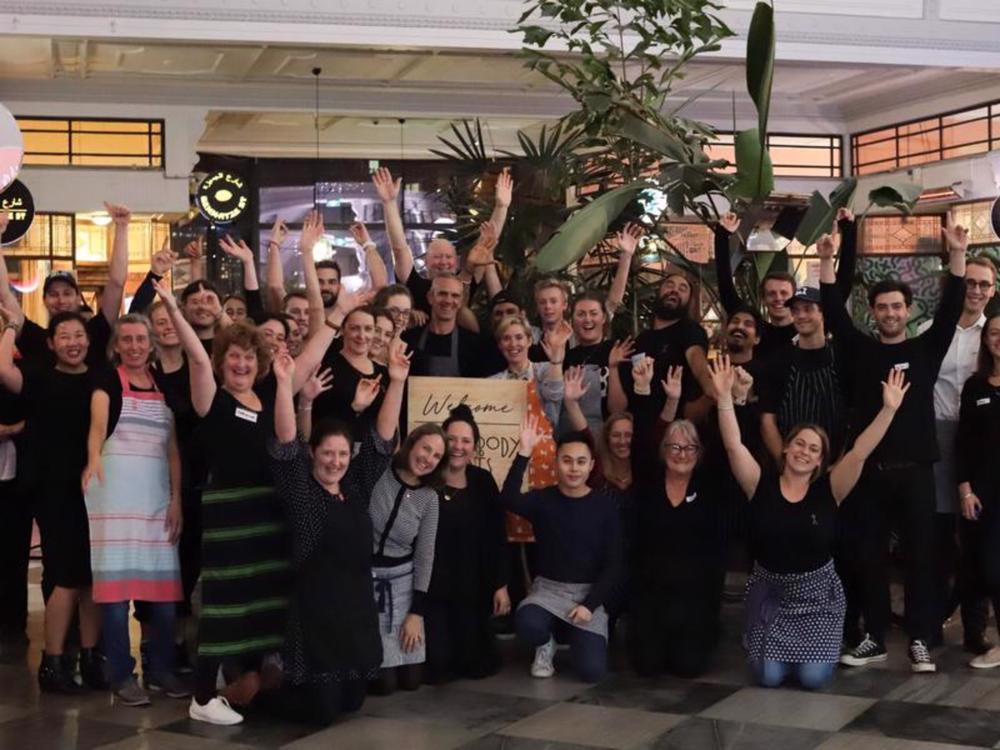 Help me raise money for Everybody Eats, so they can continue to feed our community.

I’m raising money to bid on the Trade Me auction that Everybody Eats is running, to sell the world’s most expensive burger. ALL proceeds go back into the charity, to help these awesome people keep feeding hungry Kiwis.

Everybody Eats helps to solve three problems here in Aotearoa: food waste, food poverty and social isolation. They do that by receiving dontions of perfectly good ingredients from supermarkets and charities like Kaibosh and turning them into restaurant-quality 3-course meals, served at shared tables. What makes them even more amazing is you can pay WHATEVER YOU WANT for your kai, even if that's nothing. A $10 koha is enough to pay for your meal and someone else's, but a lot of people just eat free.

This year Everybody Eats is taking part in Wellington on a Plate's 'Burger Welly' for the first time, and they're doing the first ever pay-as-you-feel/koha burger. Like their dinners, they're selling them for whatever you can afford and at the same time gifting other burgers to street whanau and other people doing it tough. You have to pre-order them online.

They're also auctioning a burger off on Trade Me. If they can get that auction to $10k, it will make it the most expensive burger in the world, with all the money going straight back into the charity. EPIC! Think of this as a donation to these awesome people, not really to buy the burger, because that's exactly what it is.

The auction's been sitting at $1,200 for a while so I thought, how can we get this to go higher? SO, why don't we get the community together to chip in a small amount each to get it there. THEN we can gift that burger to someone who needs it most.

So, once this campaign gets to $10k, I will bid on the auction and keep bidding as high as this page gets. If it doesn't get to $10k then you won't have to pay, that is the setting I have selected on Givealittle. If we do reach the $10k goal, but we don't end up winning the auction, then donations will be given to Everybody Eats.

So LETSGO, you'll be putting a small amount towards helping these guys to do more awesome things for our community.

For more information about Everybody Eats visit www.everybodyeats.nz

And if you want to order a burger visit www.everybodyeats.nz/burgerwelly

To bid on what can be The World's Most Expensive Burger, being sold by Everybody Eats

Created by, and paying to a verified bank account of, Te Ariki Paul Toki
Page Moderated
The page has been checked by our team to make sure it complies with our terms and conditions.

Want to get in touch with Te Ariki Paul Toki?