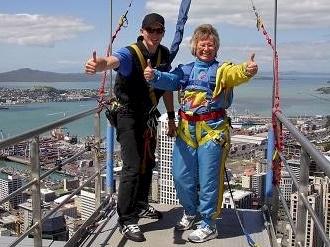 Barbara is skydiving and needs your donations to add to the fun. Help Barbara and La Leche League to keep supporting breastfeeding mums.

A skydive isn’t everyone’s idea of fun but for our intrepid volunteer Barbara Sturmfels it’s all in a day’s work to draw attention to the help that breastfeeding mums need. Barbara is going on holiday to Waitetoko, near Taupo, and will choose a fine day between 14 and 28 February to perform her great leap.

Barbara is a volunteer Leader with La Leche League and has been for 19 years. She has served with the Central Auckland group and she was the Director for La Leche League New Zealand from 2005 to 2010. Now she is involved with the Central Auckland and North Shore groups and the social media team. Barbara is an active member of the Northern Breastfeeding Network.

As if the dive itself isn’t enough, Barbara is combining her love of adventure with her passion for breastfeeding support. She’s calling for followers to show their support by donating to La Leche League. Barbara would like to raise at least a dollar for each time she’s helped a mother one-to-one by phone or on a home visit – that’s an impressive number, totalling 2,700 so far!

This is not the first time Barbara has taken on a high altitude fundraising challenge; she jumped off the Auckland Sky Tower in 2005, landing safely and making a generous contribution to La Leche League.

Please show your support for Barbara’s fun challenge to raise at least $2,700. Your generous donation will let her know what a good sort she is.

Tomorrow's the day, weather permitting, that Barbara will launch herself from a speeding plane high above Lake Taupo. She's done so well with her fundraising so far please help Barbara to reach her target of one dollar $ for every mum she has helped with breastfeeding. Every dollar counts. 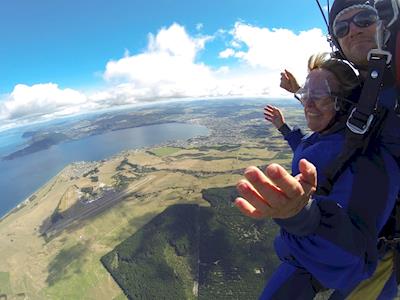