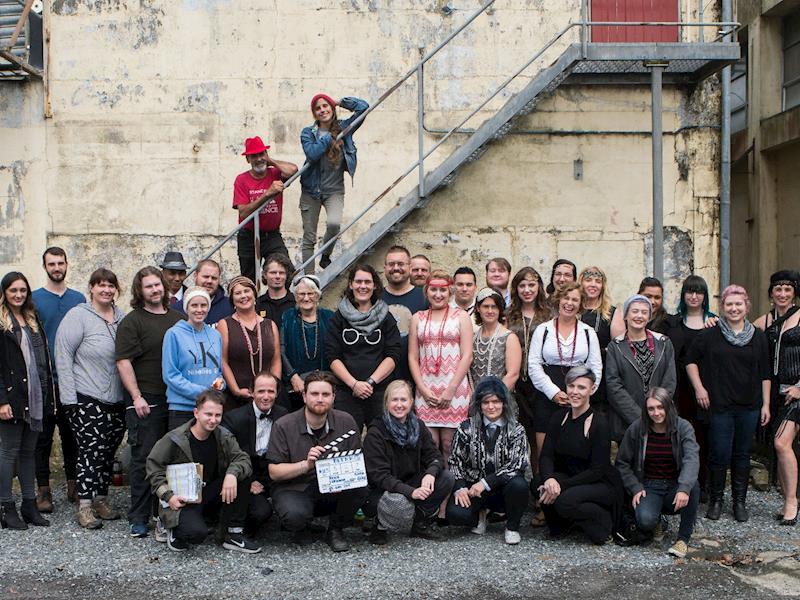 In this place, on this night, anything can happen. Don't blink, or you might miss your opportunity to support local film production.

Blink follows the story of Sally, a onetime could-have-been champion in a highly illegal, underground competition. Beaten, washed-up, and tossed aside, Sally’s days of glory appear to be behind her. Now she spends her nights waiting tables in one of the most illicit clubs in town: Randy's Place. Where the competitors are rough, and the clientele are rougher. But in this place, on this night, anything can happen, and things can change in the blink of an eye.

Blink is a short-film by Hamilton writer-director Paige Larianova and produced by Chris Williams. It stars Joanna Bishop, Derek Neal, Laurie Hayes and Phill Palmer. Shot on location over four days (and counting) in Matangi, 2018, Blink brings together a talented group of nearly 70 passionate film-makers, whose credits include The Lord of the Rings, Hercules, Xena Warrior Princess, Shortland Street, and the upcoming feature film The Meg. Our cast and crew hail from Hamilton and the greater Waikato, but have travelled from as far away as Tauranga, Auckland and the United States (we have five US cast and crew).

What started for Paige and Chris as a no-budget amateur production has morphed into a professional outfit of passionate film-makers, all giving their time, expertise and energy to this project for free. Together they’ve helped to elevate the production values brought to Blink ten-fold! All while still running on a shoestring budget.

This is where you come in. Despite being a low/no-budget production, we’re incurring considerable costs at our personal expense to purchase materials, consumables and props, clothe our cast, and feed them and our crew. We would desperately appreciate your support with this shoot, to help ease the financial burden of this creative and surprisingly large-scale project.

Chris Williams is the Producer of the low-budget short film Blink, which has grown into a much larger short-film, with a growing cast and crew, huge production values, and even bigger aspirations.

We'll be using your generous support to clothe our cast, purchase set design materials, consumables (gaffer tape adds up), and feed our cast and crew. If there's any leftover (or extra raised) it will go towards travel expenses.

Check out this video from behind the scenes of day two of our shoot. See the cast and crew in action on this big little film!

Created by, and paying to a verified bank account of, Chris Williams on behalf of The Blink Film Production
Page Moderated The page has been checked by our team to make sure it complies with our terms and conditions.