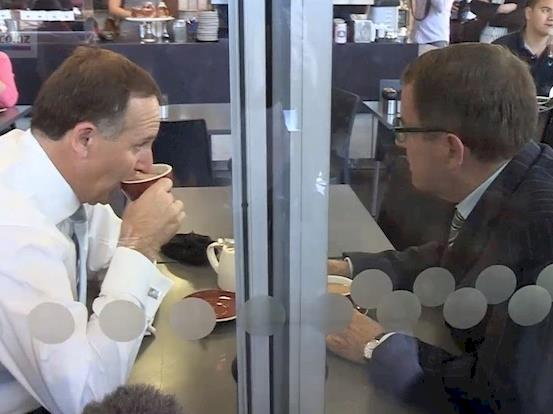 As a result of the infamous Teapot Tape saga of 2011, work for freelance journalist and cameraman Bradley Ambrose dried up. Now he faces significant costs in his defamation case against PM John Key, including huge court fees. Can you help? He needs a total of $38,000 to be able to bring the case to court.

I'm involved in this because I am a former journalist who sees the increasing pressure the fourth-estate role of journalists is under from the powerful in society. Mr Ambrose is fighting a matter of principle on his own and I think there are NZers out there who believe in the freedom of the media and would like to help. Irrespective of how the court finds, I think Mr Ambrose, whom I have never met, deserves support in his fight to clear his name. Any money left after Mr Ambrose has paid his court costs will go to the New Zealand Centre for Invesrtigative Journalism, a coalition of investigative journalists and academics that support, practise and promote investigative journalism.

No donations have been made. Be the first!

Paying to a verified bank account of Bradley Ambrose
Page Moderated The page has been checked by our team to make sure it complies with our terms and conditions.

Want to get in touch with Greg Treadwell?