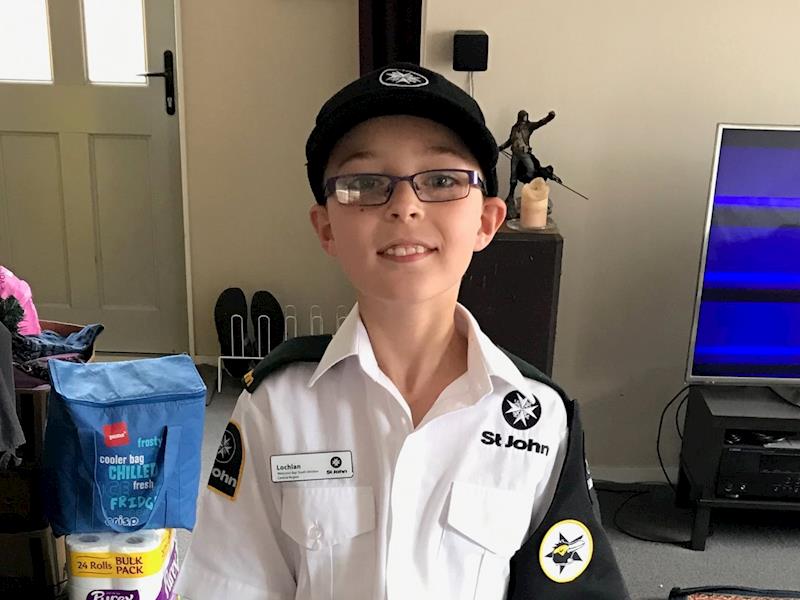 Help Lochlan to gain more control over his life!

I'm after support to purchase my 8 year old son a Continuous Glucose Monitoring System - CGMS. Lochlan was diagnosed at the age of 2 with Type 1 Diabetes, and this is a chronic condition for which there is no holiday, no relaxing, and no cure.

Type 1 Diabetes is an autoimmune condition. His pancreas decided to stop making insulin, and the only way to manage this condition is by giving Lochlan insulin.

Lochlan has endured up to 15 fingerpricks a day for 3/4 of his life. He has had over 2,190 injections, and once insulin pumps were funded, he's had over 580 site changes.

He doesn't complain - well, not much. He sometimes wishes he didn't have Type 1 Diabetes, but he just gets on and deals with it.

Insulin is great for managing it, but it is not a cure, and it's a difficult balancing act - too little insulin can cause both long term and short term problems (eye problems, kidney issues, vascular issues and comas to name a few), and too much insulin can also cause both long and short term issues. It's a big issue where the drug used to manage it can also kill you.

Sadly, around the world there have been many reported cases of 'Dead In Bed Syndrome'. This is where a person with diabetes - can be children or adults - go to bed on what is a 'good' blood sugar reading, and go to sleep. Only, they never wake up. It is believed that a sudden severe drop in blood sugar levels, causes the heart to beat irregularly (arrhythmia), and then stop. It is silent, and they are often not found until the next morning.

Lochlan has very limited awareness of his low blood sugar levels, and this is what keeps myself and my family up most nights - the fear that one night, we won't check, and DIBS will happen to our family.

A CGMS system would monitor his blood sugar levels overnight - it takes a reading every 5 minutes, and sends the data to a receiver that alarms if he's going too high, or too low. Basically, this equipment could potentially save his life. It will also give better control over his day to day readings, reducing the number of issues he might have later in life.

We have the system, but there is an ongoing cost of the sensors - a box of sensors costs $530 for 4 sensors. Each sensor is only supposed to last 7 days - I can get two weeks from one sensor usually, sometimes up to 3 weeks.

I've just had a position change at work, which has meant that my pay has dropped, enough so that this on-going cost is now too much. The CGMS is amazing, allows us to sleep at night easier, and means that he has better health outcomes in the future. It's not funded, but it should be.

The linked video shows just some of what our little warriors go through.

It's my son, and I want to do everything I can to give him a better life.

I have put an amount up, which would allow me to purchase 2 boxes of sensors - 8 sensors, giving us between 8 and 24 weeks of use from them.

So, we received our first givealittle payment today, enough to purchase a box of sensors - which I have just done.

The box will arrive next week, and we can start using the Dexcom again - this wouldn't be possible without everyone's support - thank you so much EVERYONE!!

Helen... fellow type 1 diabetic on 21 Sep 2017
Hi Lochlan. I too live in the BOP area and have type 1 diabetes, and two children aged 8 and 10 years old. Good luck raising the money lil buddy! Hopefully the Government can help us out a bit more in the future! Make sure your parents vote! x
$50

Created by, and paying to a verified bank account of, Theresa MacDonald on behalf of My son Lochlan
Page Moderated The page has been checked by our team to make sure it complies with our terms and conditions.

Want to get in touch with Theresa MacDonald?