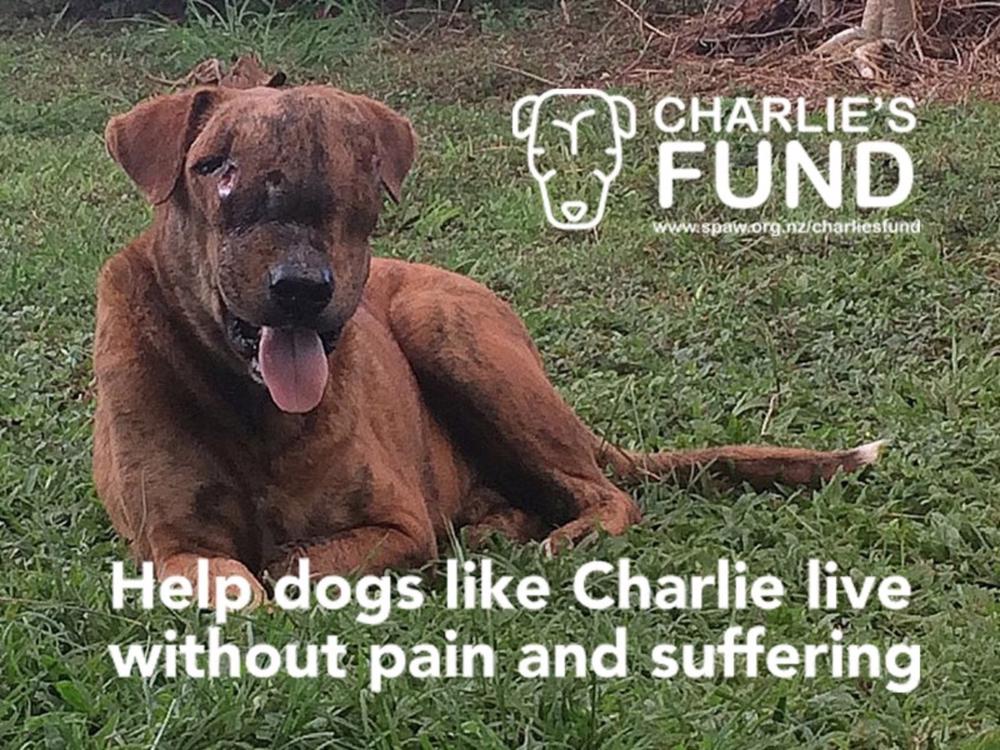 $3,365 donated
Given by 22 generous donors in around 3 months
Share Closed

Help animals like Charlie live without pain and suffering!

When Charlie first came to our attention he was living on the streets of Tongatapu, scavenging for food scraps, searching for water and being very wary of humans. His large and disfigured head made him simultaneously conspicuous and invisable. Nobody wanted to look at Big Head. Nobody wanted to see him.

But one day, Angela and James Glover saw him and they didn't turn away. They spent six weeks taking food to him on the street and trying to gain his trust. With no permanent veterinary services on the island, they contacted SPAW in New Zealand to seek advice on what could be wrong with him and how they might be able to help.

When SPAW visited Tonga in December 2017 Charlie was one of the first patients through the door. Angela and James had managed to befriend him and had picked him up off the street that morning.

When he arrived at the clinic Charlie was in a terrible state. His head was so swollen that he had trouble seeing. His skin was scabbed, his coast was dull, and he was riddled with fleas and intestinal worms. But even though he had endured such neglect, Charlie still had room in his heart for love and trust.

Not only did he feel better, he also found a new home with Angela and James. From that point, Charlie didn't have to live in fear on the streets. He no longer had to look for a safe bed or scavenge for a meal and most importantly, he was free from pain.

Between December 2017 and May 2018, SPAW vets provided care to Charlie three times, including complex surgery to release pressure around his eye and brain and to improve his beathing. Charlie was de-sexed to reduce social stress of being around other dogs and he was vaccinated against the deadly parvovirus. To his relief Charlie received his first flea and worm treatmet, antibiotics, anti-inflammatories and painkillers, all this ensuring Charlies last months were comfortable. SPAW provided this service free of charge, thanks to individuals and businesses who support our efforts.

Angela and James cared for Charlie for six months providing him with the companionship and love he deserved. We new Charlie would not live long and sadly we lost our courageous friend in May 2018. In his last months, Charlie was pain-free and loved, for this we are grateful.

We ask you to please consider donating to Charlie's Fund and help SPAW ensure that animals like him can live a life without pain and suffering. Funds raised will go directly to improving the lives of pacific island animals by providing free veterinary services to island communities.

To read more about Charlie go to www.spaw.org.nz/charliesfund

South Pacific Animal Welfare is a NZ based charity.

We provide veterinary care and related services to animals living in island communities in the South Pacific. New Zealand run and managed, SPAW is often the only life-line of hope for animals who are injured, abused or sick and a major contributor to reducing the stray dog and cat populations by providing regular desexing clinics.

SPAW recruits veterinarians and veterinary nurses from New Zealand, Australia and around the world to deliver free veterinary services to the islands of Tonga (Tongatapu, Vava’u, Nomuka, Eu'a), Fiji (Taveuni), Samoa (Savai’i), Nuie and Rarotonga in the Cook Islands.

SPAW volunteers are often the only veterinary professionals an island community will see and it is our hope that by being present and fostering positive animal welfare activities, over time, people will display higher levels of compassion for all animals.

Our services include desexing small animals, specifically dogs and cats, surgical procedures, health checks, vaccinations, parasite control treatments and livestock care to as many animals as we can reach during a community clinic and remote village/field locations.

Hi Vincent - thank you so very much for your donation. We really appreciate it. The SPAW Team

Guest Donor on 15 Aug 2018
I was in Tonga October 2017 and saw Charlie on the streets. My heart was broken for him, but i could not help. I'm Tongan but with no close families in Tonga, and only a couple of days before returning to NZ, I felt absolutely hopeless and very sad that i could not do something for Charlie. I asked around if there was a vet to take Charlie to etc. but it was hopeless. Instead i bought some fish at the fish market and feed him with that. I shed many tears for Charlie on that day. Charlie's state haunted me for a long time. I read Charlie's story in Vietnam, and was so moved by the love and kindness, Charlie finally received from Angela and James. I have not got much to give but here's a small donation. Hopefully it will help with the great work SPAWS are doing for the animals in the Pacific. ps: My family have a pug dog name Charlie, whom we love very, very much:) May God Bless the good work you are all doing for the animals.
Private
South Pacific Animal Welfare

Hi there - thank you so very much for your donation. It is a huge help and so very much appreciated. If you could email us enquiries@spaw.org.nz so we can keep you posted on goings on. Karen here - SPAWs Founder

Dear friend - thank you so much for your donation. We are most grateful and appreciate every penny to help us continue our good work. Karen

Hi Sally - thank you so much for your donation. It is very much appreciated. Karen - SPAWs founder

Created by, and paying to a verified bank account of, South Pacific Animal Welfare (Charity)
Registered Charity
A Registered Charity has legal recognition under the Charities Act 2005.
Page Moderated
The page has been checked by our team to make sure it complies with our terms and conditions. 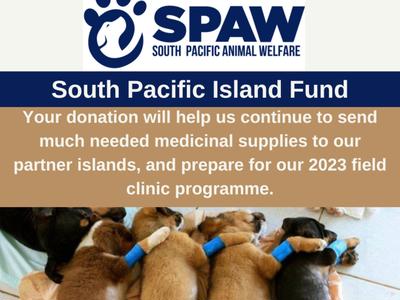 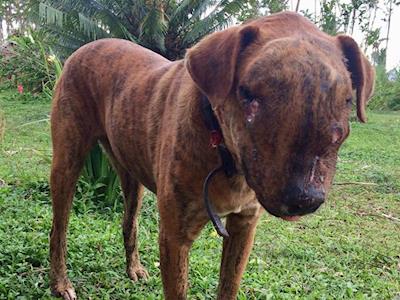 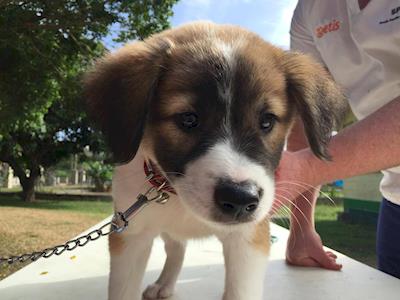 Want to get in touch with South Pacific Animal Welfare?