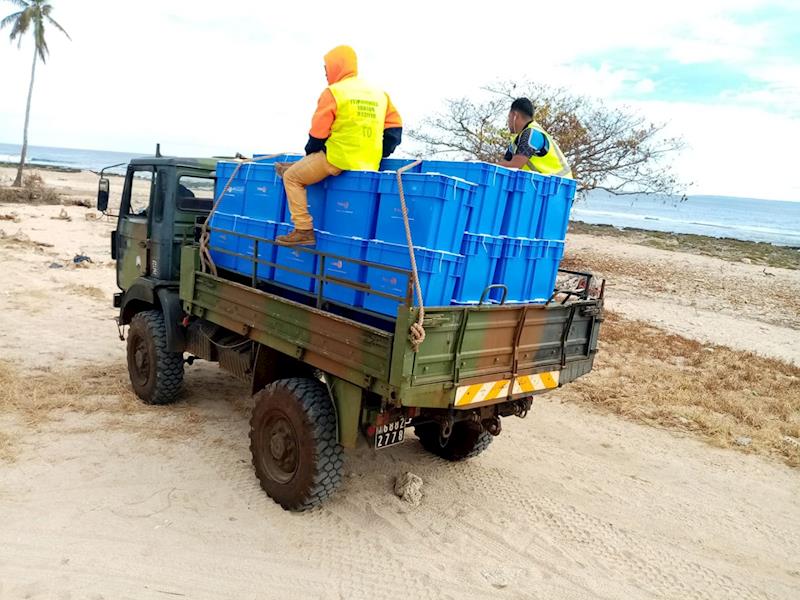 Cause page created in the Disaster category by Rotary New Zealand

Emergency Response Kits (ERKs) is the only Rotary New Zealand Humanitarian service activity responding to disasters in the Pacific. ERKs also supports in-country economies with many of the items being manufactured in the Pacific. ERKs is recognised by Governments throughout the Pacific who waive import duties and taxes, with local partners taking responsibility for distribution in consultation with Disaster Management Offices. Consistently ERKs are the first tangible support families receive after a disaster. Throughout the Pacific, communities are ever grateful for the support New Zealanders give in times of disaster.

95% + of all donations are spent in New Zealand to purchase and pack the Emergency Response Kits and freight them to Pacific countries with a smaller amount spent in the receiving countries to cover essentially expenses incurred.

I experienced first-hand the real value of the ERKS in 2012 in Samoa as New Zealand High Commissioner and as a member of the Apia Rotary Club.

Cyclone Evan hit Samoa in December that year with surprising fury, deluging Apia with tsunami-like force as a level three cyclone. It caused fourteen deaths and extensive damage in both Apia and the southern coast of the main island Upolu. Our Rotary Club was out there delivering much needed Emergency Response Kits on the first day after the disaster. Fortunately, we were able to use kits that were already pre-positioned in Apia just for such an emergency. Families who had lost everything were extremely grateful. The ERKs were delivered in close collaboration with the National Disaster Management Office which coordinated the overall disaster response including the engagement of international partners (including the New Zealand Government), the local community and NGOs. The ERKs were and remain a key part of the Samoa Government’s strategy for disaster responses.

I was in Nuku’alofa as Acting New Zealand High Commissioner just before Cyclone Gita hit the main island of Tongatapu and the nearby island of ‘Eua. In anticipation of the cyclone, before I left, I made sure the local Rotary Club was ready to distribute hundreds of ERKs that had been prepositioned for just such disasters. It was the most powerful cyclone to hit Tonga since detailed records began with winds of over 230km. It damaged or destroyed almost 2,000 homes, caused the evacuation of over 4,500 people and left more than 80% of homes in Tonga without power. The local Rotary Club, working with a local NGO, subsequently delivered ERKs to badly affected families.

Andrew on 10 Apr 2020
I have had the privilege of meeting some of the beautiful friendly people of Vanuatu. I cannot imagine how it must feel to suffer this level of devastation during a severe international crisis, and trust that this is a small way that I can assist my neighbours. This is a small portion of my wage subsidy from the NZ government relief fund.
$200

Created by, and paying to a verified bank account of, Rotary New Zealand (Charity)
Registered Charity A Registered Charity has legal recognition under the Charities Act 2005.
Tax credit Donations of over $5 are eligible for a New Zealand charitable giving tax credit.
Page Moderated The page has been checked by our team to make sure it complies with our terms and conditions.

Want to get in touch with Rotary New Zealand?