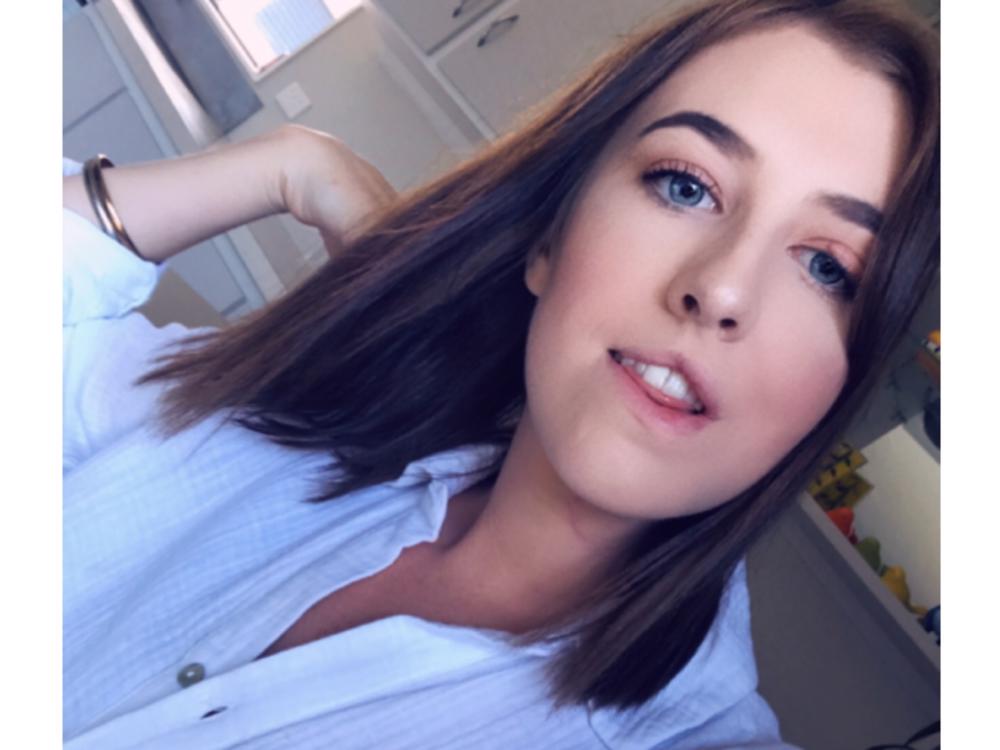 I'm 21 and battling a rare form of cancer which has spread to my lungs. I need your help and support to fund much needed immunotherapy.

Where to begin? My name's Emily Foreman and I'm twenty one. My journey began over a year ago, at the start of 2018. This was when I noticed a small lump behind my right ear. Initially, this did not worry me; it wasn't until April last year, when the lump had doubled in size and my ear was beginning to go numb that I decided to go to my local GP. He then referred me on to an ear, nose and throat specialist here in New Plymouth. A biopsy was done, but there was a lot of confusion around what it actually was. He believed it was too rare for him to deal with so sent me on to a specialist in Palmerston North who deals with more rare cases. After another biopsy, weeks of waiting, lots of scans, and many phone calls it was confirmed that I had a cancerous tumour; known as a Large Cell Undifferentiated Carcinoma located in my Parotid Gland - this is your main salivary gland. We also discovered that it had spread to some of the surrounding lymph nodes. It was then onto Lower Hutt hospital where I met with the plastics team to undergo a major 6 hour operation. This was to remove the entirety of my parotid gland, as well as most of the lymph nodes and some of the surrounding tissue in my neck. To ensure that they had removed all of the cancer they needed to take some of my main facial nerve, unfortunately this left the right side of my face paralysed. Luckily I had the best surgical team possible and they were able to reconnect nerves in my face to help support me to regain some movement. Once this was over and I'd had a decent amount of time to recover, I then jumped into 6 weeks worth of radiation to ensure that the cancer was gone once and for all. This involved spending six long weeks down in Palmerston North as radiation isn't offered here in New Plymouth just yet. Then it was over, things were finally able to go back to normal and I was able to start living my life again. I slowly returned to my job as an early childhood teacher and eventually was able to go back to my usual 40 hour week. I was even considering starting my Bachelor in Teaching (Early Childhood). Things were finally back to how they used to be and I was able to make some plans for my future and try and put this whole cancer thing behind me.

Then...on Feburary 1st 2019 we headed back to Palmerston North for a routine check up, where we would receive the results of my first CT scan since having radiation. Now, we went into this expecting great news, I was feeling fine, in fact, I'd never felt better. Unfortunately this was not the case and in the CT scan they had discovered multiple lesions across both my lungs; meaning the cancer had spread. There was always that chance of the cancer coming back, but never in a million years did I expect this, or for it to happen so soon. This changed everything. I was then put under one of the best oncologist's and we were thrown straight into coming up with our next plan of attack. Because the lesions were so small and spread across both my lungs surgery wasn't an option, we were also unable to do radiation as this would damage my lungs too much. So after much careful thinking we decided we would get regular, monthly chest x-rays to see whether the lesions were changing or not. We had also decided that if that was the case and they were changing that we would do a mild chemotherapy in hope of minimising those changes. To my oncologist's surprise, over the past four months of chest x-rays and CT scans there has been little to no changes. This then led him to believe that my immune system must be doing a very good job at keeping the cancer at bay. After much consideration, he decided to offer me immunotherapy, believing that this would have better results then the chemotherapy would. Immunotherapy works in conjunction with and helps to support the immune system to find and target cancer cells. But for me to be able to have this immunotherapy and for it to work I needed to have a high enough level of a certain protein within my cancer cells. After some testing we were fortunate and so grateful to find out that this is going to be an option for me and probably my best option. Unfortunately, immunotherapy is not yet funded in New Zealand for my type of cancer, so this is going to be something that myself and my family will have to fund ourselves. When I first became sick and had to take a long time off work to have surgery and radiation I was fortunate enough to have a 'Give a Little' page set up on my behalf (https://givealittle.co.nz/cause/20-year-old-emilys-huge-challenge). This was a huge help for me and my family and we believe that this may be out best shot at raising the money need. Each treatment is done every three weeks down in Palmerston North at a cost of $6,000 and it is capped at 10 treatments. This means that we only have to pay for the first 10 treatments; that still leaves it costing around $60,000. Then every treatment after the 10th one we only have to pay the administration fee which is still around $700 every time. All in all this is going to be a rather costly experience. If my body responds well to the immunotherapy then this is something that we can do indefinitely. This means we could be doing this for a long time; possibly even years. But this is what my oncologist believes will be the best option for me when the lesions do change, which is inevitable and will happen sooner or later. Now the immunotherapy is not a cure, and will not cure me; currently there is no cure. But it should be able to prevent the lesions from growing and keep them at bay for as long as possible. Medicine is changing all the time and I am hopeful that one day there will be a cure but currently this is my best chance at keeping the cancer at bay until that cure is found.

I'm not normally one to ask for help, but I know there are so many people out there that want to help and support me on this roller coaster of a journey. And like I said at the start of this journey and many times throughout, "I'm too positive to be doubtful, too optimistic to be fearful and too determined to be defeated".

My goal is to raise as much as we can to help fund the immunotherapy that I need, along with travel costs and time off work. If we didn't go ahead with this, it would only be because my health has deteriorated quicker than we hoped.

I just wanted to say a massive thank you on behalf of myself and my family to everyone who took the time out of their day to donate some money towards funding my immunotherapy. Unfortunately, in my case this has not proven to work and my cancer has shown many signs of getting worse. Because of this we have decided to stop the immunotherapy and begin some pretty aggressive Chemotherapy (which is funded), which I have to have down in Palmerston North. Seeing as the immunotherapy didn’t work Chemo is now my best bet at keeping the cancer at bay or shrinking it, this is still not a cure but who knows, medicine is changing all the time...this might just buy us some time until there is one. The remainder of your donations will now be used to support my self and my family as Mum and I have chosen to resign from our jobs to focus fully on my health, it will also help to fund our many trips down to Palmerston North, among other things. All in all I just wanted to say a huge THANK YOU for all your on going love, support and generosity 💗💗

Created by, and paying to a verified bank account of, Emily Foreman
Page Moderated
The page has been checked by our team to make sure it complies with our terms and conditions.

Want to get in touch with Emily Foreman?