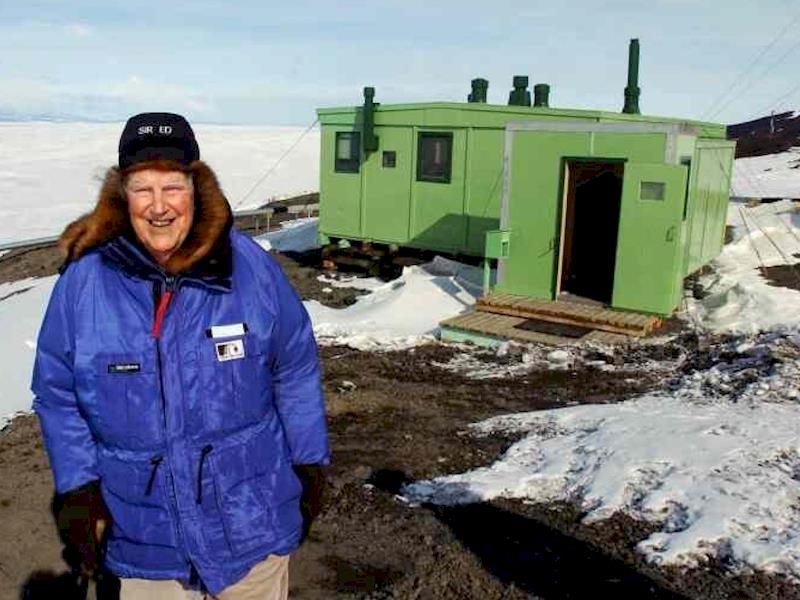 -- This page is now closed, but it's not too late to donate via the Antarctic Heritage Trust website: www.nzaht.org/support-our-work/make-a-donation --

60 years ago, Sir Edmund Hillary led a team that established Scott Base. The first building they built was Hillary's Hut (also known as Hut A or the Trans-Antarctic Expedition Hut).

The hut was a special place for Sir Ed, housing his office and bunk alongside the Base's mess (the kitchen and hangout zone!). It is from this hut that Sir Ed led his team, aboard Ferguson tractors, on their historic journey to the South Pole.

Sadly, Hillary's Hut now has a leaking roof, asbestos that needs removing, melt-pools under the floorboards and the memorabilia within is showing signs of damage and corrosion.

The Antarctic Heritage Trust is setting out on an unusual journey, Expedition South, to help save it.

We've assembled an intrepid team who, aboard three tractors, will travel from Piha Beach (one of Sir Ed's favourite spots) to Aoraki-Mt Cook (just below the Hillary Ridge).

This journey will help raise some of the money needed to not only save the hut and the artefacts inside it but maintain them for 25 years.

The total distance they'll travel will be 2012 kilometres - the same distance Sir Ed and his team travelled from Scott Base to the South Pole.

Two of our tractors are Ferguson TE-20 models - the same as Sir Ed and the 'old firm' rode, the other, a new Massey Ferguson MF5600.

Along the way, Expedition South will stop at various schools, Hillary hotspots and events, to collect donations from the public.

Follow our journey at expeditionsouth.nz and keep an eye on our total money raised.

And, if you feel like chipping in to save an iconic piece of New Zealand's history you can do so right here.

We promise it'll be the coolest cause you've ever supported!

The Antarctic Heritage Trust is a New Zealand-based charity that has already saved three heritage sites belonging to Scott and Shackleton's expeditions. The Trust is a world leader in cold climate conservation, and has operated in Antarctica for more than a decade on cutting-edge projects on a scale and complexity that has never been undertaken before.

The Antarctic Heritage Trust is setting out on Expedition South, an iconic New Zealand journey to save Sir Ed's Antarctic legacy. 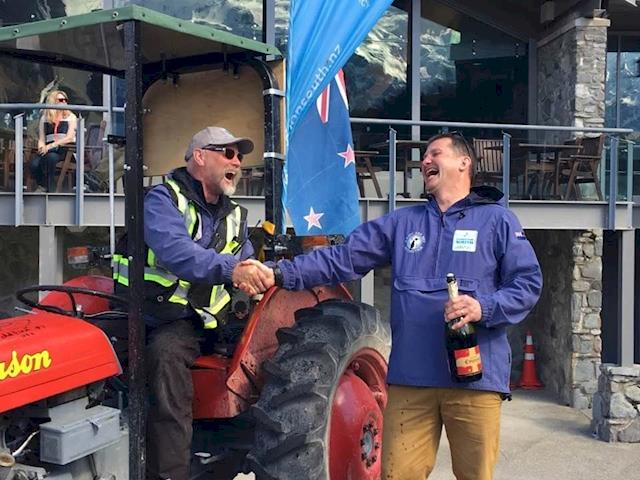 We have done it New Zealand! 27 days and 2012-kilometres on three Massey Ferguson tractors... two of them the same vintage TE20s that Sir Ed's expedition took from Scott Base to the South Pole. Snow, storms, mechanical breakdowns were all a part of the journey but it's been worth it.

Thank you to everyone for your support - we still need another $300,000 to reach our goal of $1 million to save and conserve Sir Ed's Antarctic Hut and preserve it for 25 years. If we can get 60,000 people to give us $5, we're there... so please spread the word and again, thank you for helping us get there!

Guest Donor on 06 Oct 2016
Best wishes for the restoration of Sir Ed's Hut. Enjoyed the documentary.
$50

Created by Antarctic Heritage Trust, paying to a verified bank account of Antarctic Heritage Trust - Expedition South (Charity)
Registered Charity A Registered Charity has legal recognition under the Charities Act 2005.
Tax credit Donations of over $5 are eligible for a New Zealand charitable giving tax credit.
Page Moderated The page has been checked by our team to make sure it complies with our terms and conditions.

Want to get in touch with Antarctic Heritage Trust?