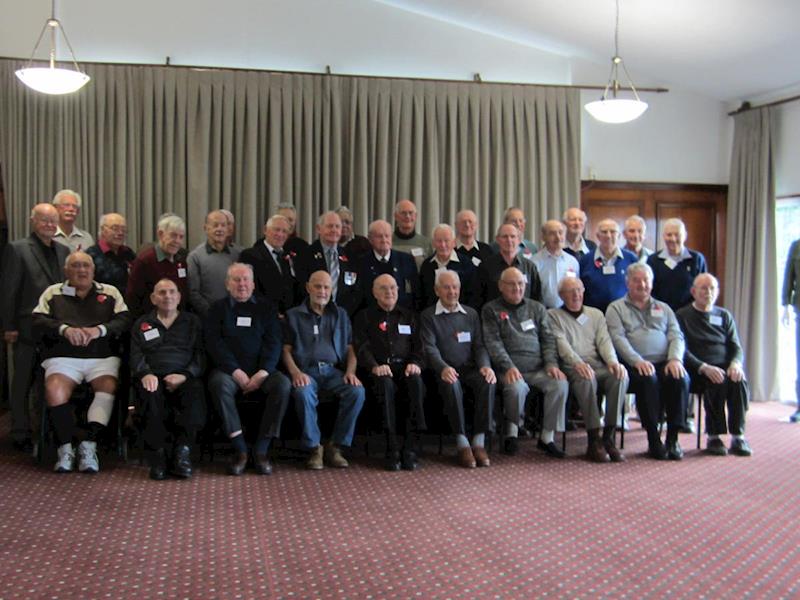 Given by 35 generous donors in around 6 months

A reunion for NZSAS squadron in 2020 for these wonderful ex-servicemen who have served our country with distinction and made us all proud.

A brief history of the formation, operational commitment of the unit when deployed against the communist terrorists (CTs) in Malaya 1955-1957.

Early in 1955 the then Prime minister, Sydney Holland, accompanied by the Chief of the General Staff, Major General Gentry visited the United Kingdom and were invited to make a military contribution to the British Commonwealth Far East Strategic Reserve.

It was agreed that New Zealand would provide a NZ Special Air Service Squadron (NZSAS Sqn) which would operate with the British SAS in Malaya against the Communist Terrorists.

• have their own teeth,

• not have a criminal record,

• preferably not be married

• and have an intelligence rating of 3+ or above on a one to five scale with 1 being at the top end of the scale. The result was that there were some very bright soldiers in the Squadron.

The 180 less the Regular Force element already there, marched into Waiouru on 7 June 1955. Training in Waiouru was full on, with emphasis on shooting, weapon handling, field craft, minor tactics, immediate action drills and physical fitness. During this training period a further 50 soldiers were culled leaving 132 to go to Malaya. The Unit was well led, well trained with a high esprit de corps.

The Squadron flew to Malaya (as it was then) by RNZAF Hastings aircraft in a series of sorties departing in late October en route to Singapore to complete a parachute course at the British Parachute School in Changi. Following the parachute course, the unit joined the British 22nd SAS Regiment in Kuala Lumpur.

For the next two years the unit completed a series of three month long, deep jungle operations, against hard core, jungle experienced, Communist Terrorists (CTs). Resupply was by air drop every 14 days.

Jungle operations were physically demanding and mentally taxing as individuals came to grips with the strange environment. In addition to the possible ambush by the CTs, soldiers had to contend with leeches, bull ants, scorpions and the possibility of being confronted by a tiger or elephant. Malaria and scrub typhus were other occupational hazards. The SAS Sqn quickly adapted to jungle conditions and were successful in eliminating a number of CTs.

On return to New Zealand in 1957 the unit was disbanded but was reactivated in 1959 and subsequently been deployed to Borneo, Vietnam, Kuwait, Timor and Afghanistan.

The promotion & fostering of good fellowship and comradeship amongst past & present members of the Hauraki Regiment and the encouragement of activities.

Funds will be used to pay for the reunion, accommodation and weekend events. Any funds left over will be donated to the 6th Battalion (Hauraki) for their use or future events.

This is going to be a fantastic weekend for these wonderful ex military members.

Created by, and paying to a verified bank account of, 6th Battalion Hauraki Regiment Assn (Charity)
Registered Charity A Registered Charity has legal recognition under the Charities Act 2005.
Tax credit Donations of over $5 are eligible for a New Zealand charitable giving tax credit.
Page Moderated The page has been checked by our team to make sure it complies with our terms and conditions.

Given by 35 generous donors in around 6 months