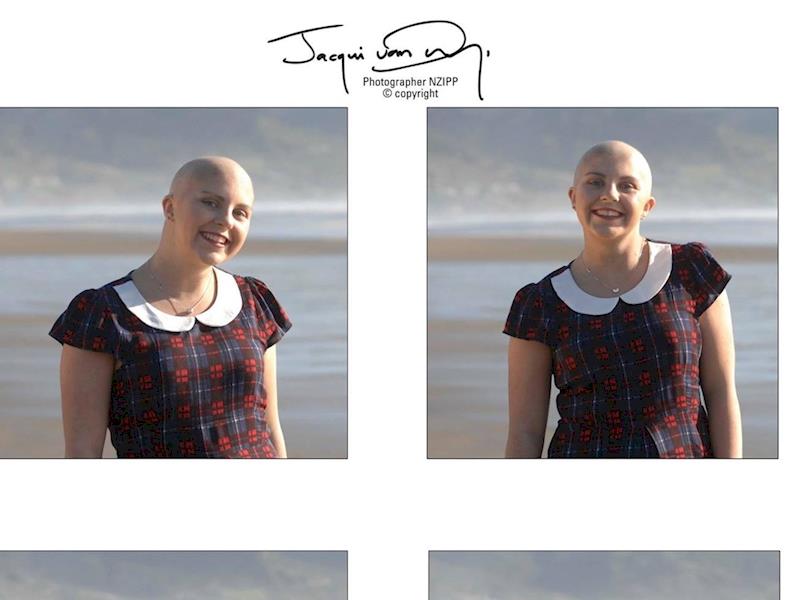 Update : 28th September 2016 : We made it to Sydney and had a wonderful time, filled with shopping, sight seeing and relaxing. Check out the photos in the gallery :) Unfortunatly for Georgia her days are becoming slower and slower now with her blast cell count in the late 30's she is sleeping alot, less appetite and feeling a little sore.

Georgia is still hopefull of getting to Sydney for two days to see #5SOS so please all pray that she is well enough to get there next week. xo Thankyou again for everyones well wishes and support xox

Update: 2nd September 2016 : Thanks to the amazing people at AirNZ we have managed to bring our trip forward and are off to Sydney on Tuesday!! We have a few surprises planned for Georgia and of course lots of shopping. We can't wait to spend a few days together making lifetime memories xx

The family was delivered some life changing news today on Friday. Unfortunately the low dose chemo injections that Georgia has been having have not worked and her cancer cells have increased dramatically from last week. Georgia is now at home in Kaitaia and has been told to make a bucket list of special things to do in the next short while. Any surplus funds that are not used for the trip will be used for family expenses such as funeral costs and giving Georgia the casket she had dreamt of xox

Thankyou for everyones continued support and we have our fingers and toes crossed that she is well enough for our trip to Sydney which is having to be brought forward to next week now. Lets also remember the good & happy times with Georgia as she is the one who has been so brave on this journey xx

After Georgia having what we thought was a sucessful bone marrow transplant 56 days ago, on Monday the 15th August 2016 we received devestating news. The cancer is back and in two short weeks has infected 60% of Georgia's Bone Marrow. The other unfortunate thing is that because she has had the transplant so recently, she is unable to have any intensive chemothrapy treatment which puts the next month into a very serious situtation.

Georgia will now undergo a low does of chemo injections to try and "keep the cancer" at bay until she is strong enough for a more intensive treatment.

We have been told to live life to the fullest and make this trip to Sydney the trip of a lifetime for Georgia.

Thankyou to all of you who have donated so far xx

On the 12th May 2016, exactly one year after being told she was in remission, it was then news that we never wanted to hear again - the cancer is back :(.

Georgia went straight back to Starship and started two rounds of chemo and was told that a bone marrow transplant was the only resolution to stop this horrible disease from returning year after year.

All of the family were tested, but unfortunatly none were a match, but to our relief a donor was found in Europe. The nurse let it slip that he is from Germany, so we have nicknamed the marrow "Herman the German" haha.

Georgia has now undergone a week's worth of conditioning before her bone marrow transplant on Thursday the 23rd June 2016. The conditioning is intense in itself and has involved vomiting, fevers and ulsurs throughout her throat which are so painful that she cannot speak :(

From then it is a long recovery process of up to two months in hospital, where a multitude of things could go wrong but, we all just need to keep positive and trust in the wonderful doctors & nurses that Starship have available.

Last year we had booked a trip to Sydney for October 2016 for Georgia to see her favourite band and this is now Georgia's goal to get healthy for.

We are still hopeful of making this trip and the funds created will now help with additional costs involved with getting Georgia's family down from Kaitaia every weekend and making Georgia's Sydney trip one to remember :)

Thank you everyone who has donated so far, we are all so very blessed to have you in our lives xx

I am Hayley, Georgia's older sister. Georgia is very special to us all, she always puts a smile on our faces so I can only hope we can do the same for as we work through the next stage in this journey together. Xx RIP Georgia xx

Created by, and paying to a verified bank account of, Hayley O'Connor on behalf of Georgia Buckingham
Page Moderated The page has been checked by our team to make sure it complies with our terms and conditions.