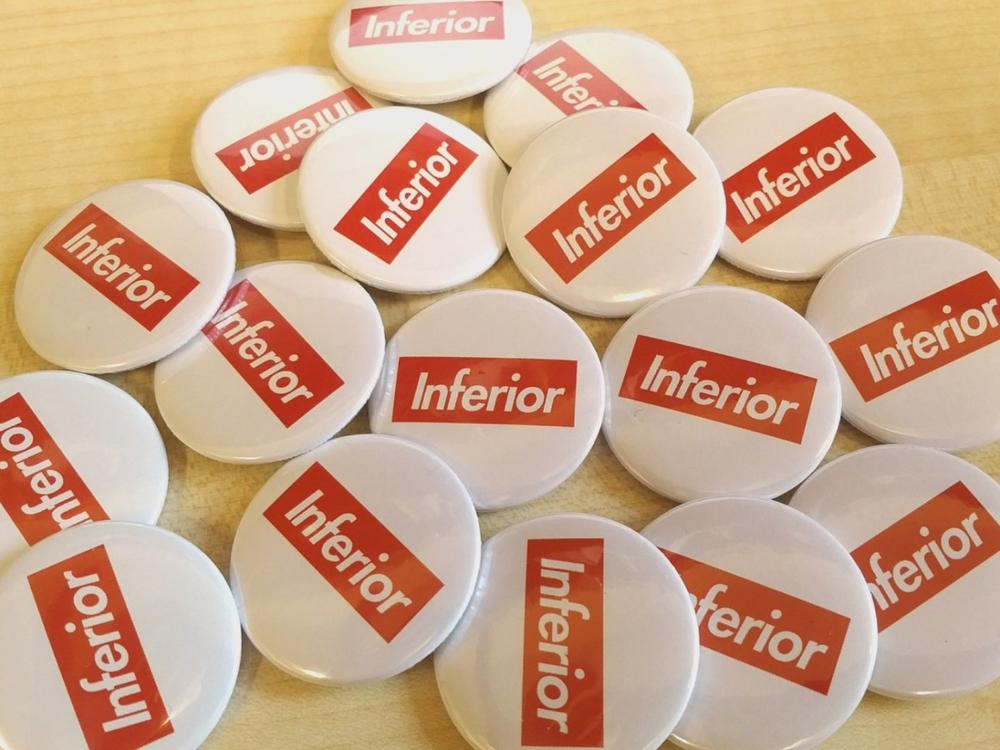 Get a copy of INFERIOR into every secondary school in Aotearoa

Help us challenge the biases that have long reigned in science, by getting an important book into every state secondary school in NZ!

* What is this campaign about? *

Angela Saini's 'Inferior: How Science Got Women Wrong and the New Research that's Rewriting the Story' has become one of the most influential books of recent years. It is a powerful, and thoroughly researched look at the causes of the many dangerous, gender-based stereotypes that pervade our society. As a group of Aotearoa New Zealand-based scientists and educators, we feel that this message should reach every teenager in the country, and so we need your help.

In order to show a generation of students that their potential is not limited by their gender or sex, we are raising money to get a copy of this book into every state secondary school in Aotearoa. Thanks to Angela’s support, we have negotiated a discounted price from her publishers, reducing the cost of one book to $13.48 ($11.73+GST). We've secured a distributor who will pack and ship these books to the schools directly from the printers (at $8 per book). And, each donation incurs a 5% fee to GiveALittle. With all that considered, in order to get one copy for each state secondary school (of which there are approximately 350), we’ll need to raise just under NZ$8000.

Every single dollar will help us to reach our ambitious goal. If you'd like to cover the cost of getting one book into one school, please donate $22.

This campaign has been inspired by Dr Jess Wade and Dr Claire Murray, who successfully raised more than £22,000 to get Inferior into every secondary school in the UK and Ireland. Jess has since launched another campaign with Dr Maryam Zaringhalam, to do the same across schools in NYC, and it's on target to meet their goal. And Aussie teacher Craig Guy has just launched a similar campaign across the Tasman in Australia. We're part of a global effort!

The history of science – internationally and here in Aotearoa New Zealand – has been dominated, at least in the telling of it, by European men. As a result, the perception of the absence of women and underrepresented minorities in the sciences - a human-made inequality - became codified as a ‘biological fact’. In co-opting the rational language of science, scientists created a lingering idea that women and men are fundamentally different on all biological levels, and that, when it comes to STEM subjects (Science, Technology, Engineering and Mathematics), women are less capable than men.

We want to change that perception, and we're starting with our schools.

It has been widely reported that women had access to education here in Aotearoa much earlier than in other parts of the world, and indeed, in 1877, Kate Edger from Nelson College became the first woman in the British Empire to earn a Bachelor of Arts (BA). But, that doesn’t tell the whole story – the first secondary school for girls opened 15 years after the first boys’ secondary school.

Significant barriers exist to the involvement of women, non-binary people, indigenous peoples, and underrepresented minorities – in entry, in flourishing, and in success. These barriers are structural, and manifested in scientific culture, education, and scientists themselves. While the first woman Fellow of the Royal Society of New Zealand (Royal Society Te Aparangi) - Kathleen Maisey Curtis (Lady Rigg) was elected to the Fellowship in 1936 - the overwhelming majority of Fellows have always been men. In fact, as of February 2017, just 8% of the Royal Society Te Aparangi's Fellowship were women.

We still see gaps in the uptake of science subjects at school and university between the genders. They have little to do with ability – on average, boys and girls perform equally well at every stage of their education – or any innate interest in one type of science versus another. We believe these gaps are the result of a society that tells children that they are inherently good at different things.

Inferior has provided us with evidence to challenge biases that have long reigned in science, adding a new and rigorous dimension to our continued debates about women's capability. Through her work, Saini has fuelled our advocacy and given us a renewed inspiration to highlight and celebrate women's contributions to science. Since the book came out in June 2017, it has united women in science all over the world, inspired friendships, launched book clubs and world tours.

*** The NZ Inferior campaign was initiated by Laurie Winkless & PhD student (and all-round beautiful human) Lilly Marie Taylor back in August 2018. Tragically, Lilly Marie passed away in January 2019, so the team decided to put the project on hold for several months. This is for you, @STEAMnStilettos ***

Laurie is one of a team of scientists, researchers and educators involved in this campaign

As you may have seen in our article in the Spinoff, we have some wonderful news. Brain Research NZ – a national Centre of Research Excellence focused on the ageing brain – have stepped in and become the major backer for the campaign! In practical terms, that means that they'll contribute the balance of our funding goal, working directly with the publishers & distributors. So, we're now closing this page to donations. Thank you to everyone who contributed. You've made a huge difference. Well done :) https://thespinoff.co.nz/science/10-02-2020/we-got-one-book-into-every-high-school-in-nz-and-it-might-just-change-the-world/

Created by, and paying to a verified bank account of, Laurie Winkless on behalf of Getting INFERIOR into schools
Page Moderated
The page has been checked by our team to make sure it complies with our terms and conditions.

Want to get in touch with Laurie Winkless?