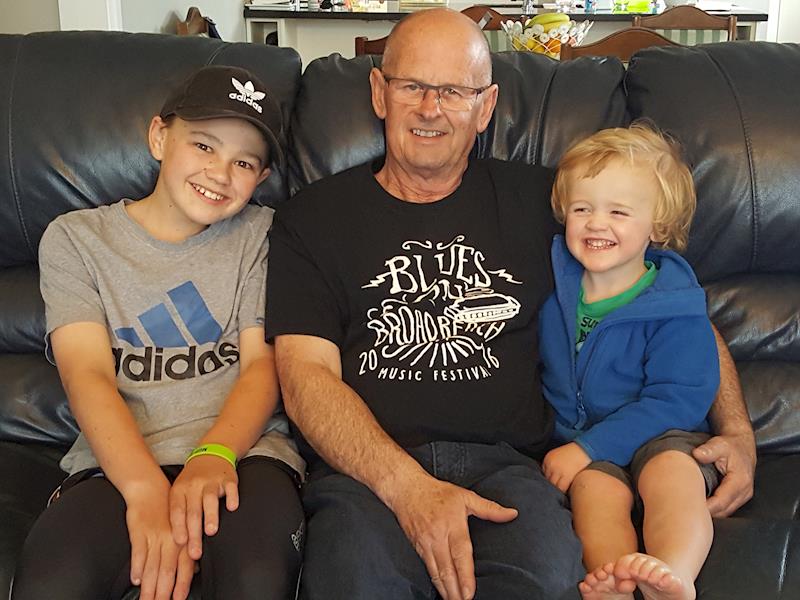 Gordon has Merkel Cell Carcinoma and we need help funding immunotherapy treatment so he can continue on with his life.

Gordon has stage 4 Merkel Cell Carcinoma, a rare neuroendocrine cancer of the skin. The immunotherapy treatment he desperately needs is not funded in NZ. With this treatment he could continue to live a full and productive life.

18 months ago we noticed a small spot on his cheek. This grew rapidly for 6 or so weeks and when it was removed it was about 2.5cm. He then underwent an operation to remove as much of the surrounding tissue as they could in June 2016 but unfortunately the cancer was found in one of the draining lymph nodes. Dad went on to have 5 weeks of intensive radiation afterward.

In February 2017 a lesion appeared on his lung. It was removed and found to be fungal. The specialists were unable to determine what type fungus or the cause.

Dad continued on until three months ago when a tumor was found on his liver. Three weeks ago he underwent surgery in Auckland and subsequently we have had it confirmed it was Merkel Cell again. Now we need to look to other treatments in order to save his life.

Gordon is only 60 years old and until 18 months ago had good health. He is a wonderful husband to Cheryle, father to Bridget and Angela and very active poppa to Jack (12 yrs) and Max (4yrs), and we desperately need him around for many more years.

He has such a positive attitude and just continues to carry on even with this news, more concerned about others than himself.

So please, if you could give a little we would be forever grateful.

I am Ange, Gordon's daughter. If you could see it in your heart to donate a few bucks for dad's treatment I would be forever grateful to you. He is such a good person and deserves to have a few more years.

All funds will be put towards paying for the non-government funded immunotherapy treatments and other associated medical costs.

Glen & Leanne Hutchinson on 20 Dec 2017
Great to have a catch-up today! Enjoy Christmas with your family. See you in the New Year.
$500
Angela Hirst

Very kind of you both. thank you so much

dm consult on 13 Dec 2017
I hope this helps your Gordon, Best wishes for your journey
Private
Angela Hirst

Very kind of you Darrin. Thank you

thank you Lynn so very kind of you.

Guest Donor on 30 Oct 2017
Gordon has such a kind and caring nature, it causes me great sorrow to hear of his illness, when I was going through hard times a few years ago now Gordon was my boss at ab equipment and extended his hand and his ear and supported me through a very low time in my life, I told him I would never forget his kindness and I never Have, I hope this small gesture will go someway toward showing how much I appreciated his guidance at a time i felt totally lost. Cheers Gordon.
Private
Angela Hirst

very kind words. thank you so much

Paying to a verified bank account of Gordon Urquhart
Page Moderated The page has been checked by our team to make sure it complies with our terms and conditions.