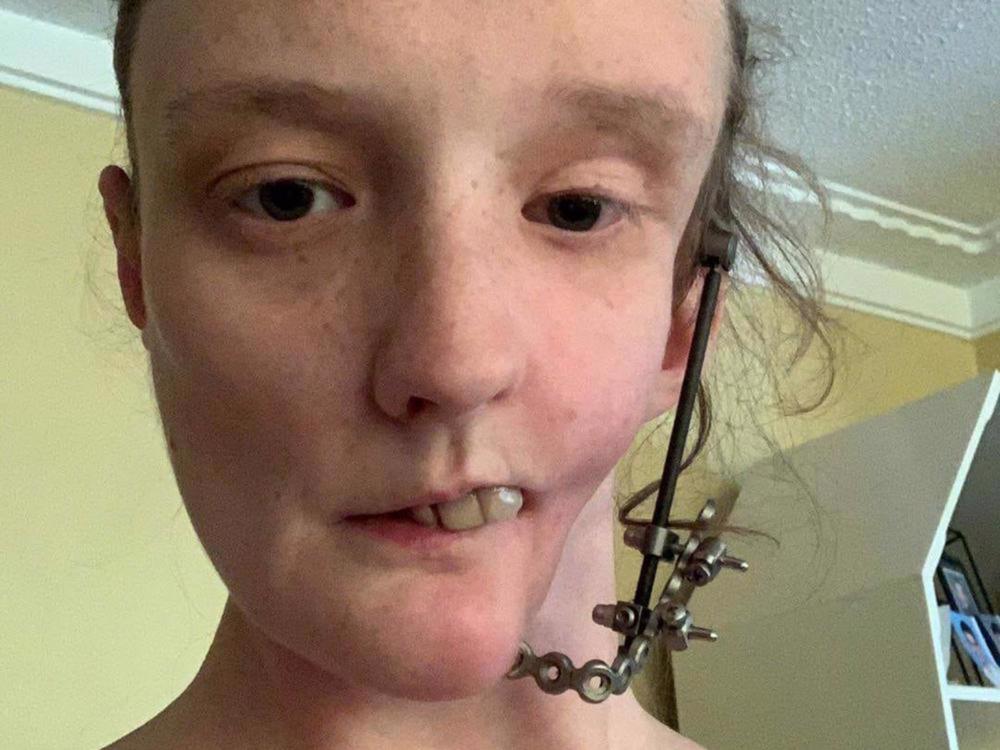 Brittany, NZ Health has let her down. After starting facial reconstruction they tell her there is no money to finish the job!

Fundraising for Brittany to get her surgery

After 12 months of enduring an external metal distraction to realign her jaw, which would then be followed with fat grafting and a prosthetic jaw fitted, she had a meeting with one of her Dr’s on Thursday the 2nd Dec, assuming they would be booking her in for next step only to be told BUT there is no funding available through the DHB for the surgery!!!

After 17 years this girl deserves a break - if the Govt wont pay for it, lets help her out and just get it done!

Brittanys' story of how she got here is below:

Over 17 years ago, at 8 years old, Brittany was diagnosed with alveolar rhabdomyosarcoma stage 3.

She went through 12 months of chemotherapy, radiation and a partial trial of a resection, a MRI showed no evidence of cancer in Oct 2007. But in March 2008 an MRI found the tumor was back with a vengeance. Brittany was palliative, no other treatment or options were available, “her parents were told to take her home and keep her comfortable with morphine”, she had no symptoms, she looked amazing, they were numb!!

Her mum, Dawn, wouldn’t accept this and knew there must be someone who can help Brittany, after googling she found an amazing consultant in Lower Hutt who was prepared to remove the tumour as long as it would be curative, not to give her more time. After a 13 hour operation, It worked but they needed to removed part of her skull base and all of her jaw, this was replaced by a free flap ( from her stomach muscle), she looked different but was alive.

After years of ongoing surgeries, losing her hearing and sight on her right side as well as over 100's of admissions to hospital Brittany had a plan to look a little “normal”.

An external metal distraction was attached which she turned with a special screwdriver to stretch and bring the face more central. This has been on over 12 months, once removed fat grafting and then excitingly a skull base prosthetic jaw. But with no funding available she cannot get some semblance of a normal life back.

Surgery - Fat grafting and a skull base prosthetic jaw. 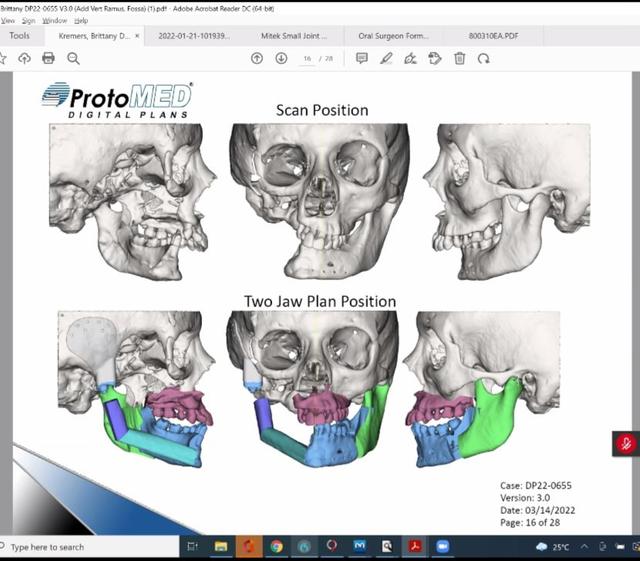 Brittany and her Mum Dawn had a ZOOM meeting on Tuesday with the Dr Muammar and Louise ( head nurse) from Auckland Head & Neck Specialists.

It was a very positive meeting, and 2 options of reconstruction were presented to Brittany.

Brittany has decided on option 1 as option 2 had a lot of side effects and would result in reconstruction to her top jaw.

Option 1 involved straightening the left side of her jaw to align it with the centre then taking a bone from her lower leg to make a jaw and then securing it by titanium joint to her skull base.

Braces may be an option to straighten her teeth.

Brit is very hopefully and pleased to hear that they can actually do something.

Big thanks to Muammar as he has been tirelessly consulting with colleagues from the US.

Next step is to go to Auckland again and meet the surgical team and we should get a date at this stage; they are also wanting to put in a feeding tube into her stomach closer to the surgery date.

The photos show what she looks like now, and what they are going to do in the surgery.

Please keep donations coming as we are still unsure of costs as yet.

Paying to a verified bank account of Dawn Kremers on behalf of Brittany
Page Moderated
The page has been checked by our team to make sure it complies with our terms and conditions.

Want to get in touch with Anna Meyer?