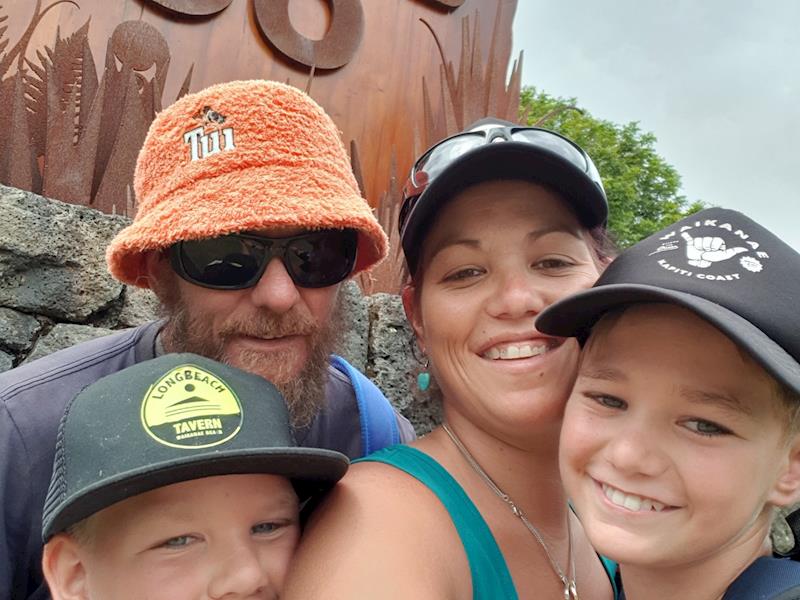 “HELP BUY US MORE QUALITY TIME WITH OUR DAD”

Given by 574 generous donors in around 5 months

The Doctor’s diagnosis of ‘6 - 12 months’ left to live, isn't long enough time to watch both his two sons, grow into teens.

The Doctor’s diagnosis of ‘6 - 12 months’ left to live, isn't enough time to watch both his two sons, ages eleven and nine, grow into teens.

Hi my name is Kiritea Morehu. I'm thirty-three years and I'm in need of your help to keep myhubby Andrew Hercus (fourty one years) alive.

In February 2019, Andrew had a mole removed from behind his ear which

had been giving him grief. In March a biopsy and CT scan showed that Andrew was carrying the mutation B-RAF gene. Suddenly, we were no longer dealing with a little misbehaving mole, but with the diagnosis of stage 4 metastatic melanoma a terminal cancer, with a 6 - 12 months life expectancy.

He had surgery to remove the primary, 7 nodes and his left salivary gland;

leaving a 30cm scar line from the top of his left ear, around, down to his upper chest. This caused nerve damage making every swallow, even of his own saliva, like shards of glass moving down his throat. He also lost the use of his left arm. We were hoping this was temporary.

Unfortunately in April a PET scan showed that the surgery did not get all the cancer and it had spread into his spinal bone. An MRI and second CT scan also showed masses in his liver and lung causing

We did four months of immunotherapy treatment. Our hope was that by using

We expected the side effects: nausea, vomiting, diarrhoea, thermal issues etc. But I didn’t realize that that meant there might not be any hot water left in our cylinder by dinner time from all the clean-up, or that he'd be so cold, I'd have to light the fire even if it was a hot day outside, or that I'd have to spoon feed him crushed electrolyte ice blocks, just to make sure he was hydrated.

In May, two weeks of daily Radiation was targeted at the primary site on his head to prevent the tumour from spitting out into new ones.

It is dis-heartening to say that all the funded ways to fight this cancer have failed.

We have now been given the opportunity to try a targeted treatment for the B-RAF gene. Its called Cotellic and Zelborah a combination drug which is taken orally and daily, indefinitely. This Medication fights the cancer every time he takes them. Its hoped to give him up to five years of a better quality of life.

Andrew has always been a hardworking man who barely ever got sick. Physio and nerve medication have helped him to be able to swallow and use his left arm again, but he hasn't been able to work at

all this year due to the nasty nature of this disease. We have been living on my single income since his work pay ran out not long after his surgery. Both Andrew and I worked so hard to buy the house over our heads that we never travelled as a family and we were slowly building a holiday fund and thought we could go once the boys were teenagers.

Unfortunately, due to this year’s life changing circumstances our holiday funds have already been dwindled to pay for the first unfunded treatment. We had lots of plans, but now time and money are running out.

Imagine what it would feel like to know that there is a treatment out there that could give you more time with your loved one, but that you couldn’t afford it…

Please, would you consider giving a little to help alleviate the financial stress of ongoing medical treatment costs, our expenses due to the loss of income, and our desire to create a few lasting memories for our sons to remember their father.

I appreciate your time in reading this and hope you are able to help, any amount is highly appreciated.

A Hopeful Wife and children who still believe in miracles …

Im his wife, we have two children together and he has been diagnosed with terminal Cancer which his medication is unfunded at $10,031.90 per month. We need help

ongoing medical costs of over $10031.90 per month indefinitely, including travel to hospitals, and other medication script, as well as general financial hardship due to reduced income. 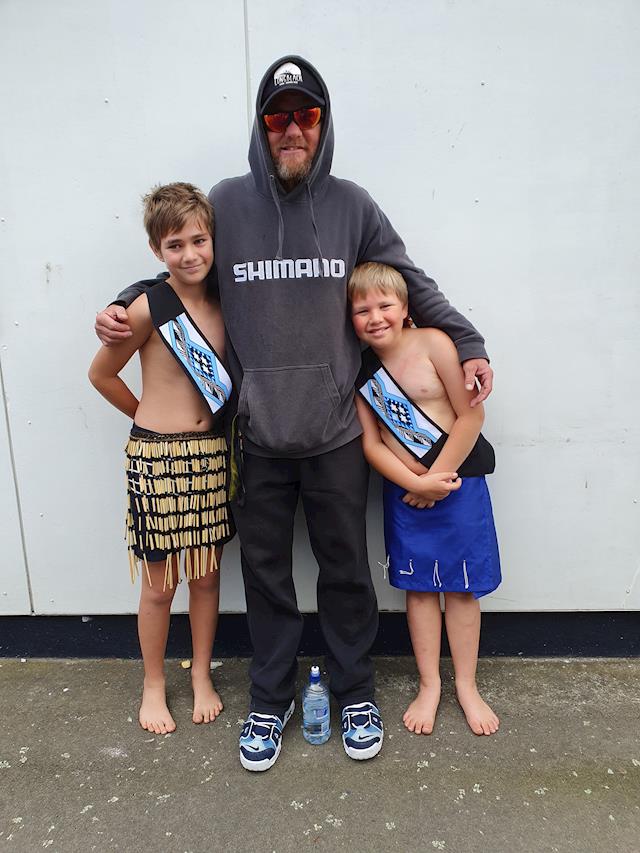 Today was our last appointment of the year and Dr said everything looks good.

After last months change in meds we haven't had a set back and it has been a sick free month with only the standard side effects which are part of daily life now anyway.

We have learnt to adapt to this new life and are still learning how to manage through summer when hes pretty much instantly sunburnt if the sun touches his skin longer than 15secs. But we will continue to make his home more comfortable and hopefully with less restrictions.

Its crazy to think last year we were chasing the sun and bearly thought about reapplying sunscreen where as now im so sun conscious now it annoys other.

The Doctor was proud of how Andrew is doing when at the beginning of the year we were possibly looking at him not being here to celebrate xmas at all.

So for now we will continue on this lower dose of zelboraf for another month to enjoy the rest of this year and start 2020 with laughter and Joy surrounded by those we love.

Thank you all for following our journey of 2019.

With your donations We have raised enough to keep ahead of the medical bill as we enter our 6th month of being on these drugs, We will now try to relax and enjoy xmas with the kids.

We hope 2020 is a much better year so please keep us in your thoughts and keep those positive vibes coming our way.

This page will shut down at the end of January so I will again just like to thank you all for the kindness you have given Andrew and I.

Created by, and paying to a verified bank account of, Kiritea Morehu on behalf of My Husbannd
Page Moderated The page has been checked by our team to make sure it complies with our terms and conditions.

Given by 574 generous donors in around 5 months