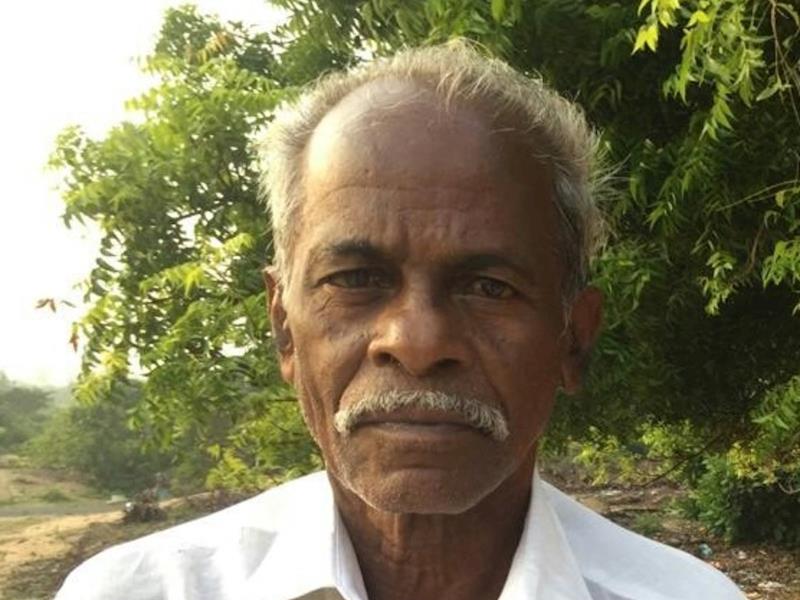 Mr Ramalingam Chinnasamy is the father of Mr. Balamurugan aka Chef Bala, Mr. Ravi (both residents of Hamilton) and Mrs Shobana (resident of Dunedin)

Mr. and Mrs. Chinnasamy, travelled to Dunedin from Cuddalore, Tamil Nadu, to celebrate the birth of their grandson (born to Mr. Bala Murugan and Mrs. Shobana Chinnasamy who previous lived in Hamilton). In the excitement of welcoming a new member to the family, they happened to travel without insurance. Not in their wildest of dreams did they ever expect that the beloved grandfather will suffer a cardiac arrest in New Zealand and require surgery to survive.

Mr. Chinnasamy underwent an open heart surgery on the 19th of March at the Dunedin Public Hospital. Much to the family’s distress, Mr. Chinnasamy did not regain consciousness post-surgery and succumbed to organ failure early in the wee hours of 24th March, 2019 and passed away.

While the family are going through a very difficult phase of coping with the loss of their beloved, they are also highly financially stressed. The hospital costs have now accumulated to over NZ$100,000, and repatriation costs are expected to be NZ$15,000.

Your kind help and support is all that the family needs at this time. Any contribution, however big or small will be appreciated. All the funds collected will be immediately handed over to the family to manage their needs. The proposed timeline for repatriation is by Friday this week, 29th March 2019.

Many thanks in advance for all your help and support. Also, please do uphold the family in your prayers

To promote Tamil language and culture.

To remain strictly non-political and non-partisan in the promotion of Tamil language and Tamil culture.

To provide social support and networking opportunities for new migrants and New Zealanders who are Tamil-speaking people or identify themselves as people of Tamil culture.

To encourage people who are interested in learning, promoting, and celebrating the Tamil language and Tamil Culture, irrespective of their language and/or cultural identity.

Pecuniary gain is not a purpose of the Society

For the family to pay for hospital costs and repatriation costs.

Created by, and paying to a verified bank account of, Dunedin Tamil Society (Charity)
Registered Charity A Registered Charity has legal recognition under the Charities Act 2005.
Tax credit Donations of over $5 are eligible for a New Zealand charitable giving tax credit.
Page Moderated The page has been checked by our team to make sure it complies with our terms and conditions.