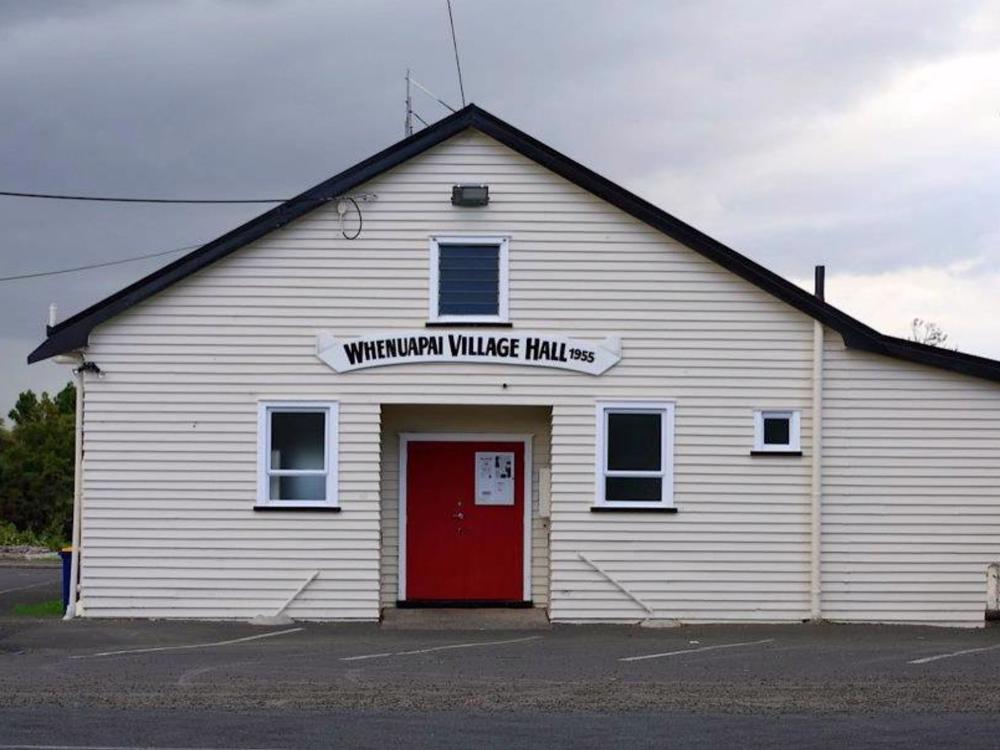 Whenuapai Village Hall stands as a monument to the rich history of our community, and a treasured and central part of its future. It is a gathering point, a place of celebrations, a centre for learning, and, at times, a refuge, which has stood for more than 65 years.

The hall was built in 1954/1955 when the growing local community decided a facility was necessary. An unused Anglican Church hall nearby was offered for sale, but, without the funds to purchase it, the residents decided to build their own instead. Working bees were organised, and locals spent every Saturday labouring until it was completed. A core group - George Anderson, Fred Bull, Harold Newbrook and Dick Carter - took responsibility for the labour and worked every Saturday (with the exception of one week when Dick Carter took the week off to go to the races and was jokingly threatened with the sack, according to a local history by Malcolm Hahn in his book, “God Willing and Weather Permitting”).

The hall was officially opened on October 15, 1955, by the local Member of Parliament, Mr W. J. Scott, who had also helped arrange a 200 pound grant from Internal Affairs to help pay for materials.

Over the years, the hall has been used for community meetings, weddings and funerals, birthday parties and other family celebrations, karate and garden clubs, first aid courses, and dance lessons.

The original boards used on the hall are native timber, milled by the locals. Unfortunately, many of these are now rotting and in need of replacement. Over the years, there has been maintenance of the exterior, but it has now reached the point where replacement of all the boards is the only option. The committee has broken the project into two parts, the first a thorough investigation of what work will be required (for instance, has any rot penetrated to the framing?), the second to carry out the work required. It is important that the look and heritage of the hall is preserved.

The first phase, which will include investigation, asbestos and fire reports, design and consent processes, will cost approximately $35,000. The committee has begun fundraising and grant applications to fund this work, which it hopes to start in the first half of 2021.

The cost of the second phase, including the reclad of the hall, will depend on what is uncovered in phase one, but is estimated to be approximately $150,000. This will include upgrades to the kitchen and bathrooms, and long overdue replacement of the hall sound system.

The grants are unlikely to cover the full cost of the Project so we need your help to preserve this piece of wonderful community heritage.

All proceeds will be put towards the restoration of the Whenuapai Village Hall.

Created by, and paying to a verified bank account of, Whenuapai Residents and Ratepayers Association (Group)
Page Moderated
The page has been checked by our team to make sure it complies with our terms and conditions.

Want to get in touch with Whenuapai Residents and Ratepayers Association?