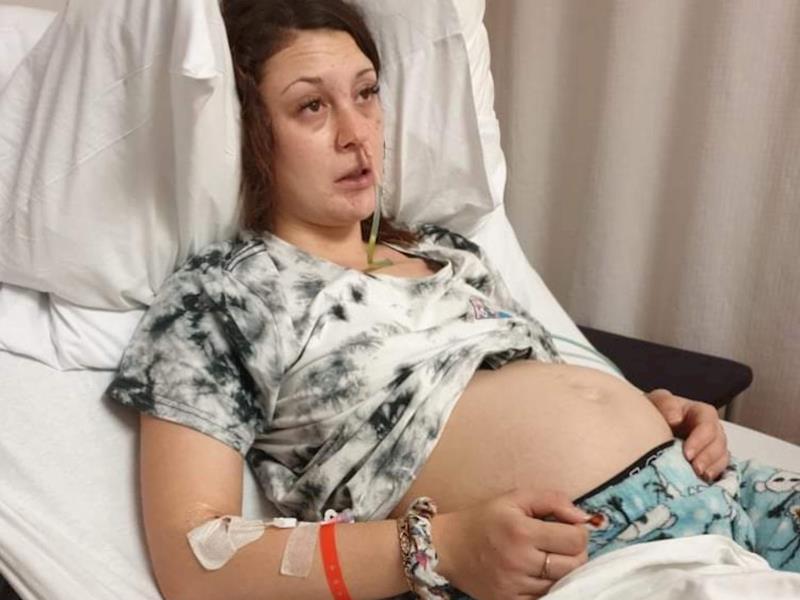 Help Sandi Get Her Life Back

Support for Sandi and her family

**See Update from Oct 23 Below re. ACC coverage of surgery**

On the 22nd of August 2019 Sandi-Lee Field received an antibiotic IM injection at Carterton Medical Centre. The needle hit her Sciatic Nerve and has caused spinal cord injury (nerve damage). Sandi lost function and feeling in her foot and leg from this nerve damage. She can no longer drive (due to the strong painkillers she has to take) and is on crutches for good, or on bad days has to be in a wheel chair.

Sandi now has CRPS (Complex Regional Pain Syndrome), a disorder of the nervous system. CRPS is now spreading to other parts of her body, due to her organs not working properly. Due to the injury she has also lost the lower function of her bowels. She continuously has to use enemas and Picolax (which is a colonoscopy prep medicine used to flush out patients for bowel surgery). Which she has to pay $150 a week for.

Sandi has two children, a 3-year old son and an 8-year old daughter. She is due to have surgery next Wednesday (14th October) for a stoma bag which ACC are now refusing to pay for. This is her only option. Sandi needs this surgery urgently, going on the public waiting list is not an option as she will not survive waiting that long.

ACC has refused to pay for her surgery to get a stoma bag (the only option now). The cost of the surgery is $30,000 + 5 days in hospital + ongoing medical treatment. The recovery time for getting the stoma bag in is 8 weeks (2 months). They have now backed out of paying for the surgery, even though they have paid for mostly everything up until now when she needs proper treatment.

This has not only affected Sandi-Lee, but everyone around her including her husband and children. She can no longer do most things like a 24 year old should be able to. She is in a lot of pain and it has been dragged out for over a year with no real relief for her.

Sandi has spent the last year fighting with the medical centre about her bowels not working and every doctors appointment they said 'bowels are not working due to depression'. Which is not true, her bowels stopped working due to the injury. After a year of fighting she was about to finally get her life back on track, which has been halted yet again.

Any little bit counts, and is greatly appreciated by Sandi & her family.

Update: We are very appreciative for the support for Sandi.

A stoma bag is a one off operation which will offer her great relief and freedom. She will be able to continue to be an amazing mother, without having the restrictions of not being able to eat Properly or go to the toilet.

This is the only option for her as the Chait tube surgery requires: an annual replacement of the tube under anaesthesia plus 6 weeks recovery time every year. Which would mean her husband would also have to take that time off to care for her and the children whilst she is recovering.

Sandi is not one to ask for help, so in her doing all of this means that she is really struggling. We have just found out that the Stoma bag surgery will cost roughly $50,000.

We will continue to advocate for Sandi until she receives the proper treatment needed.

I am a good friend of Sandi-Lee Field. I'm also helping out everyday with caring for kids and housework.

The money raised will go towards the cost of Sandis surgery. If there is any excess it will be used for ongoing medical costs such as colostomy patches and wipes.

We have won our first battle!

On Friday ACC received a new referral from the surgeon, yesterday we received written confirmation they have approved the surgery!

We are relieved beyond doubt and are still in a little bit of shock!

Because of this good news, donations are no longer needed for Sandi's surgery - our first and foremost most important goal is that Sandi's care and needs and support for her family during and after surgery in the 6-8 weeks minimum it will take Sandi to recover is financially covered, she will need 24 hour care, and assistance with any other related costs not covered by ACC.

Sandi's family will all be facing mounting debt from not working to help support Sandi through this time and her recovery, we are facing years of rehabilitation to prevent Sandi becoming permanently wheelchair bound.

If there are any funds left over these will go towards the legal fees. Our ultimate goal by taking this matter to court is to put in place new standards to safeguard this happening to any other New Zealander. We have made initial contact with a law firm in Wellington and received an application pack and have plans for future legal action.

Sandi thanks you on behalf of The Field/ Fenwick families for your amazing, loving overwhelming support from all the families, friends, strangers and new friends that have supported us, we couldn't have done it without you.

Paying to a verified bank account of Sandi-Lee Field
Page Moderated The page has been checked by our team to make sure it complies with our terms and conditions.

Want to get in touch with Jasmine Yoi?