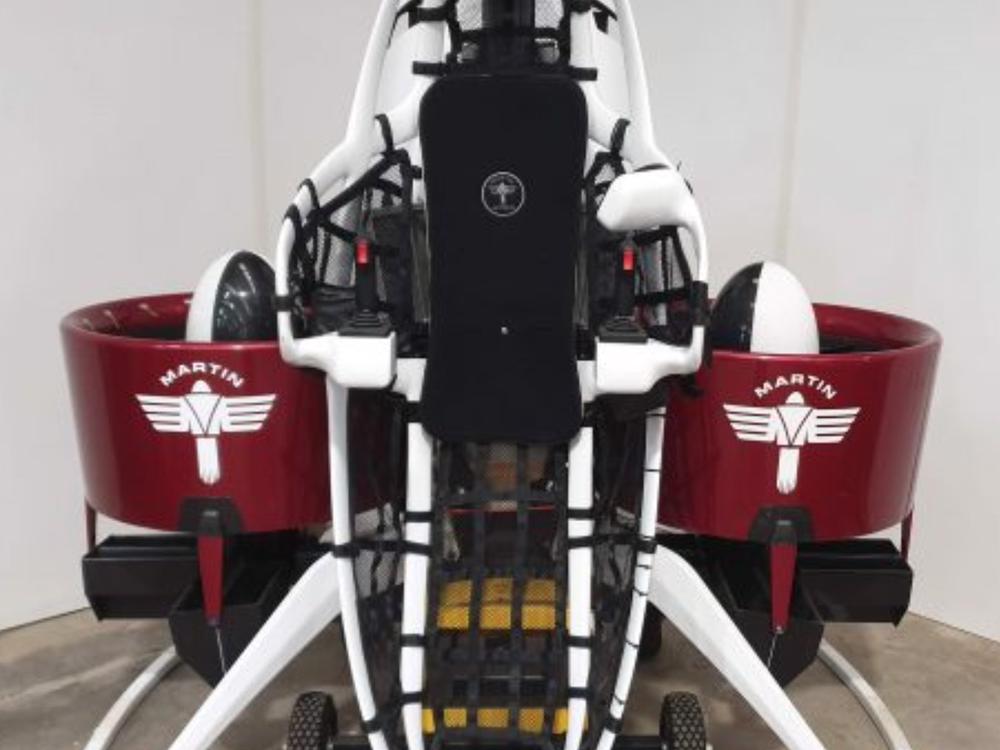 Help the museum keep a jetpack in Canterbury

For years Glenn Martin kept a secret. In his garage in suburban Christchurch he was building a jetpack. A few people knew the story, money was raised, staff were employed, but the project remained hush-hush.

Then, in 2008, at the Experimental Aviation Association Airshow in Oshkosh Wisconsin, Martin’s prototype number 10 jetpack was revealed to the world, and received global media attention.

Now with his invention known worldwide, further funds were raised, the development accelerated, and three new models succeeded the launch aircraft. Versions of the Martin Jetpack were displayed worldwide, and occasionally flight demonstrations were performed for the public, including in NZ at Warbirds over Wanaka.

The company listed on the Australian Stock Exchange, and despite great flight performance and huge demand, the company could not get an engine to levels of reliability with sustained power to safely put the jetpack on the market, and eventually funds ran out. Now with the company placed in liquidation the jetpacks are up for sale. They won’t fly again, but it’s important to preserve the heritage, and where better to do that than in Christchurch where all that innovation took place.

As an early investor and former director and Chief Executive of Martin Aircraft Ltd, I’m keen to keep a jetpack in Canterbury. This page is a collaboration with Canterbury Museum to support its bid to acquire a jetpack for future display and to tell this Canterbury story of innovation.

Let’s get behind this cause and keep a Martin Jetpack in Christchurch. Please donate generously.

Note: Canterbury Museum has endorsed this fundraising effort. The Museum has its own budget to acquire a Martin Jetpack, and any funds raised on this page will be used to supplement this budget. All money raised will go directly to the Museum’s bank account. In the unlikely event that the Museum is unsuccessful in its bid to acquire a jetpack the funds will be retained by the Museum to acquire other technology objects that are significant to Canterbury.

Assisting with the fund raising campaign

The purchase of a Martin Jetpack for future display, and the ongoing maintenance and refurbishment of that display

Paying to a verified bank account of Canterbury Museum Trust Board (Charity)
Tax credit
Donations of over $5 are eligible for a New Zealand charitable giving tax credit.
Page Moderated
The page has been checked by our team to make sure it complies with our terms and conditions.

Want to get in touch with Richard Lauder?