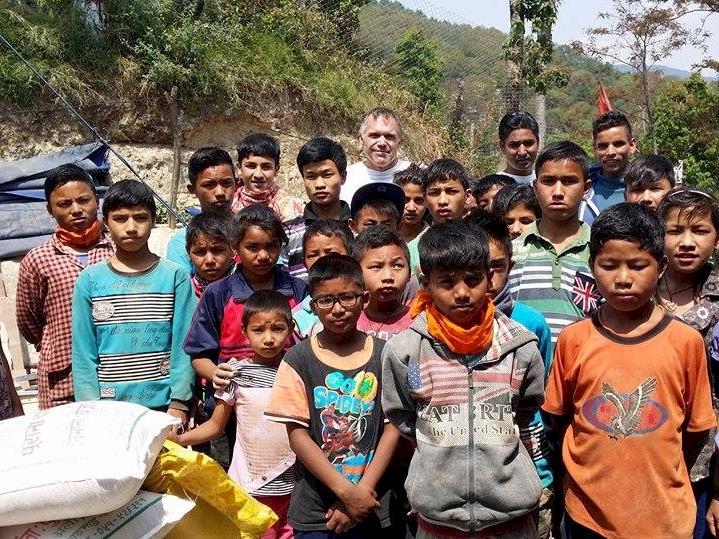 Help Roger to help the children of Nepal

Roger is volunteering in an orphanage in Kathmandu, Nepal. After the ANZAC day earthquake, the children here need your help.

More than 7000 people are dead and the toll continues to climb in one of the already poorest countries on Earth.

The VFN has three orphanages under its care. All three have badly affected buildings from the earthquake. We have spent the weekend moving all their belongings from one home to another more secure one.

While it will take time to fully understand the immensity of this disaster, right now the 103 boys and girls spread over the three orphanages immediately require support with the supply of fresh drinking water, food and shelter, all of which are currently in very short supply. With the money raised we could directly oversee the supply of these essential items. That would then enable them to start rebuilding their futures.

As the organisation receives no outside assistance they are totally reliant on supporting themselves.

Seeing people who had so little to start with have so much taken away so quickly, is difficult to comprehend to be honest. The great opportunity is in the fact we can at least lift them back up again so they can start rebuilding their lives and their futures.

Roger is currently working on the ground in Nepal so you can be confident your donation will make a direct impact on the difficult challenges ahead for these vulnerable young humans. 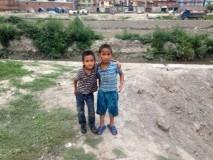 We will rise again.

The slogan emerging from the rubble in Nepal.

Just like all of your amazing support, it couldn't have come at a better time.

They say as human beings we are most susceptible to Post Traumatic Stress Disorder when the event or events are unpredictable or uncontrollable.

So as the aftershocks diminish slightly in frequency, Nepal is searching to find a way to rise again amongst the fear of the invisible fog that is the unknown.

Where every loud noise results in an involuntary jump. When the nights are strewn with nightmares and reenactments, depending on whether you happened to be sleeping or not.

However life continues. Nepal and its people must rise again or die where they stand, figuratively if not literally.

Your generous support allowed the children to have 10

Whilst it was excruciatingly hot with daily temperatures well into the 40's, it did allow some respite from the immediate threat of more danger.

The funds raised have also enabled the children to secure the much needed basics. Some school uniforms, books and nutritious food such as a wider arrange of vegetables and eggs and chicken once a week.

I have just returned from five days at a remote village north west of Kathmandu, where with another New Zealander and two Americans, we delivered and constructed shelters to those without homes before the onset of the monsoon rains.

The environment here was a rich mixture of inspiration and desperation. The earthquakes have shaken Nepal's mountains and the rocks have been dislodged in their thousands.

The killing and maiming in these hamlets has been totally indiscriminate. One village spared, another suffered the loss of a new born, the next obliterated by the deaths of 25 women and children.

To have the opportunity to stand next to the survivors and assist in some small way was an absolute honor.

To relish life and the unbridled joy of an honest days work with others for a greater good.

We will rise again. I have no doubt they will.

The children are now back at school, the shops are open and families have returned to their homes where they can.

However underneath another world exists. It is said that loneliness is the silent killer of PTSD, something which I have sensed heavily since returning to the children.

Their youthful exuberance has been replaced with a desperate need to connect. Where they sit closer to you, for longer.

Relishing every second we spend together but now with a need of wanting to know where I am going and for how long.

The time together is now meaningful and strong. The connection unbreakable.

Perhaps after all you do need to learn about death before you can really understand life.

Created by, and paying to a verified bank account of, Laura Thompson
Page Moderated
The page has been checked by our team to make sure it complies with our terms and conditions.

Want to get in touch with Laura Thompson?