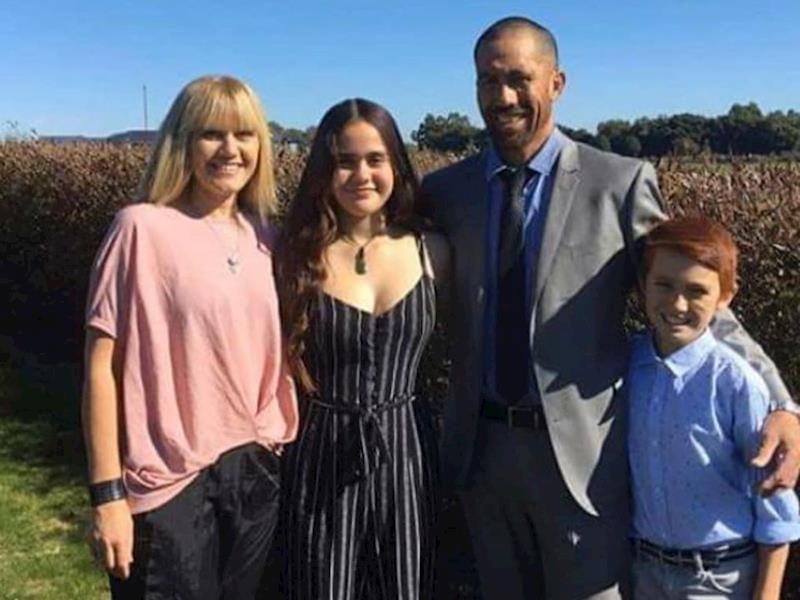 Given by 200 generous donors in around 3 months

Can you imagine losing half your family? How do you cope? Your donation will help give Lisa and her daughter get back on their feet.

Darren (48yrs) and Joshua Southon (11yrs), had been snorkelling for pāua near Mataikona, but did not return to shore. Their family went through almost a two day vigil of searching, hoping and praying they would be safe. It’s not what anyone would expect from a snorkel off the rocks; for this is an activity that many locals have partaken in for many years, in this area.

They leave behind family and friends who are struggling to cope. Wife and Mother, Lisa, is trying to get her life back together, however in the face of such adversity, it's a major challenge. By donating, you can help Lisa to pick up the pieces, so she has some resources to help herself and her daughter to get through the loss of the two very respected and loving males in their lives.

Darren was an adventurous, fun-loving man, who was a giant kid at heart. He was a bit of a joker, who also had a serious side to him. He loved his cycling, and had a passion for his work as a builder. He was well respected within the entire community.

Joshua was a chip off the old block, just like his dad, he gave everything a go, he was a competent young boy at everything he put his hand to. He adored his father and loved hanging out with him whether it be cycling, motorbike riding or splitting wood together.

Both Darren and Joshua touched the hearts of many people.

Darren was also Lisa's best mate and beloved husband; they were such a happy couple.

There has been an overwhelming outpouring of love to Lisa and her daughter. By donating, you can really help to make a practical difference, as not only are they suffering emotionally, they also have had to cope with the sledgehammer blow of losing their main source of income. Your donation will assist with the costs ACC do not meet and give Lisa a chance to recover before she has to return to her full time employment to cover the costs of living.

I have known Lisa since she was a little girl. Her Mother is a friend of mine.

To help with her daughter's education costs and to give Lisa the chance to recover before she has to seek full time employment to cover the costs of living. If there's any surplus, it would go towards finishing the home they were building.

Paying to a verified bank account of Lisa Southon
Page Moderated The page has been checked by our team to make sure it complies with our terms and conditions.

Given by 200 generous donors in around 3 months