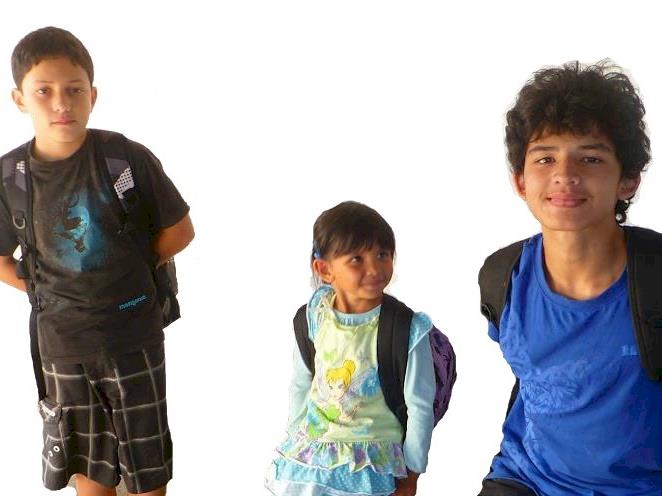 "Stop Mortgagee Sale of Grandparents Who Are Raising their 3 Grandchildren aged 14 , 13 & 7 years old

$2,001 donated
Given by 13 generous donors in around 12 months
Share Closed

4cm Advocacy is crowd funding, for this family on the grounds of serious humanitarian compassionate ground, as the circumstances of this Family is extremely outside all norms of difficulties people usually suffer.

The task this Aged couple has before them to raise three orphaned children is monumental, without any other burden on what’s left of their lives; this act will enable them to foster properly the well-being of 3 future contributing citizens to the life of New Zealand.

Below is an outline of the traumatic circumstances which has compelled our plea for Susan and John Kenny and Grandchildren.

Susan and John have faced some overwhelming personal circumstances well outside of their control and what would be considered normal pathways of life.

Their Daughter passed away whilst giving birth to twins at the Taranaki Base hospital in June several years past and for them it is still like it took place yesterday as the grieving process is long and hard as you might imagine losing a child in itself is massive on the scales of emotional stresses but to see the child on life support for weeks and then have to make decisions to remove life support even more stressful; which was followed by what was to be done with the two new born children and the other children their Daughter had as the Biological Father of the children was not in the loop of their lives.

The outcome of this was Susan and John as Grandparent took responsibility for the existing 3 young children their Daughter had prior to the Death and the new born children have been fostered to someone local within New Plymouth.

What has transpired from that point has been a horrid period of life trying to process a daughter’s death, the separation of children from the brothers and sister and the massive challenge of being a Grandparent and finding themselves for a second time in life raising children with the youngest being just over 1 years old at the time this happened.

Since that time John has suffered work related injuries which have escalated in the fact he has been taken out of the work force permanently, the injuries have taken him to the place of operations on shoulder and ankle, the ankle operation had a 12 month recovery time which is where John has recently gone through, sadly this operation has not been successful, and basically failed which is a great disappointment, the outcome was John has suffered incredible pain since the operation and developed Complex regional pain syndrome (CRPS) which has established itself in the lower limb, Complex regional pain syndrome (CRPS) causes debilitating pain which is very difficult to treat or manage. Debilitation has caused his need for alterations to the family home and the use of a wheelchair.

This development has seen John in pain 24 hours a day seven days a week for more than a year now with him being in and out of hospital and pain clinics etc. requiring several trips to specialist in Hamilton and has undergone a two specialist reviews on should they remove the limb completely. Yet again a massive emotional stressful moment in life.

Amongst this John has had to battle (tooth and nail) ACC to take responsibility for the injuries as ACC has at all points tried to evade this forcing John and Susan to take ACC down the pathway of courts to force ACC to do that which they should have done from the outset. Even now they continue to battle ACC to execute their responsibilities for care regarding his injuries in-spite of the court’s ruling in John and Susan's favour, they find themselves having to claw their way through every issues of John's treatment and medical management issues with ACC, during the last 6 months they found themselves having to battle for changes needed to the home to accommodate Johns mobility disabilities due to the failed operation which ACC wanted done.

It’s taken several months to get the sign off and alterations to the bathroom toilet facilities and house entrance access ways with ACC and as yet work has not been properly completed with workmanship issues now to be addressed by ACC to their contractor. As always; all things ACC related will be another moment of stress and the need to claw their way through.

As (Complex regional pain syndrome (CRPS) has been positively diagnosed as an outcome of the ACC operation and that it has disabled John in a permanent manner they now have to commence yet another ACC claim for compensation which now has to go to a review board.

So you can image both John and Susan are in a fragile state and calls from a bank about arrears is not what they need to be confronted with whilst they try to survive and rise above the massive mountain of trial and tribulation life has and is throwing at them.

They do not need to be hearing signals of foreclosure and them facing being Grandparents out on the street with 3 Grandchildren and a Father/Husband suffering debilitating medical problems from work related injuries.

Appeals to the Bank have fallen on deaf ears basically as their solutions just fail to address the real problem, and now things are about to take a further drop downwards as john will turn 65 in July 2016 and ACC are keenly waiting to cut him off from payments completely. This will see yet again a large drop in income and a total breakdown in managing the real costs of raising 3 school aged children.

So you can image both John and Susan are in a fragile state and calls from a bank and Lawyers Letters threatening foreclosure due to arrears is not what they need to be confronted with whilst they try to survive and rise above the massive mountain of trial and tribulation life has and is throwing at them.

They do not need to be hearing signals of foreclosure as they have just recently had and them facing the prospects being Grandparents out on the street with 3 Grandchildren and a Father/Husband suffering debilitating medical problems from work related injuries.

SUSAN AND JOHN KENNY ARE NOT DEFAULTERS THEY ARE GENUINE PEOPLE WHO HAVE SUFFERED HUGE CALAMITIES OF LIFE WELL OUTSIDE OF ANY REALM OF NORMALITY.

WE ASK FOR THE PEOPLE OF NEW ZEALAND TO BECOME PARTNERS.

To See This Grand-Parenting Family Of Kiwi Battlers Through And Be Proud To Say.

WE HELPED THEM SURVIVE AGAINST INCREDIBLE ODDS, RAISE UP 3 CHILDREN FOR THE FUTURE GENERATIONS OF THE NATION OF NEW ZEALAND

4CM Advocacy have made representations on behalf of Susan and John to the Bank asking the Bank to demonstrate they have a Heart and a Bottom Line they are proud of. We asked for the mortgage debt to be forgiven to rescue a Genuine struggling Kiwi Family, sadly the bank could not find their Heart for this plea we made at CEO Board Level.

Paying to a verified bank account of Susan and John Kenny
Page Moderated The page has been checked by our team to make sure it complies with our terms and conditions.

Want to get in touch with 4CM Advocacy?