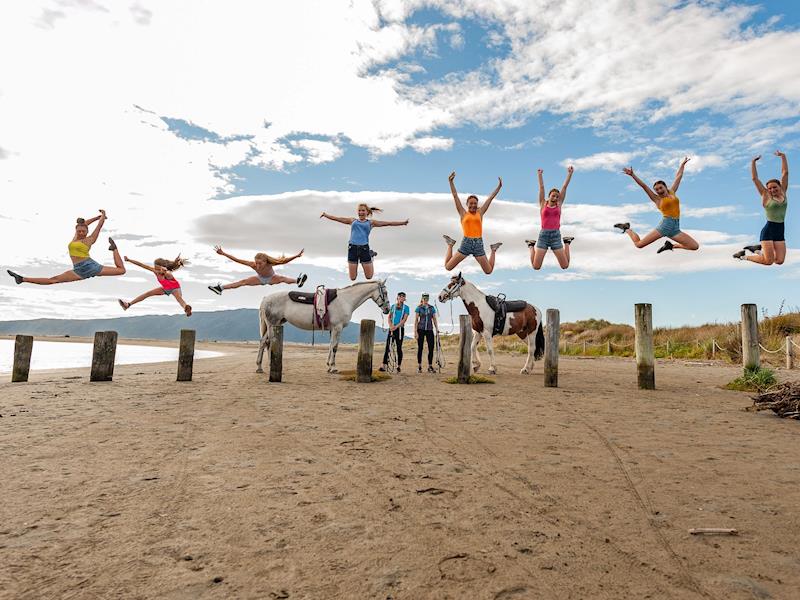 $2,820 donated
Given by 40 generous donors in around 6 months
Closed

Please help Team New Zealand to compete in the FEI Vaulting World Championships for Juniors in the Netherlands!

In little old Waikanae, New Zealand we have a bunch of young girls ranging in ages from 11-17 who train every single day with one goal in mind: They want to go to the Netherlands to compete in the Vaulting World Championships for juniors in 2019 and need to raise $150,000!

Vaulting is best described as gymnastics on a moving horse, and required fitness, agility, courage, perseverance and grace. A team of strong girls and their coaches get up at the crack of dawn to go and train so that they have the physical and mental power to lift each other over their own heads in beautiful gymnastic formations on a running (yes a RUNNING!) horse. When they get to the World Championships, they want to place on the podium. They are determined!

Unfortunately, this team is not funded or sponsored by anyone yet, and next to all the training they will need to do their own fundraising. These amazing young girls only have until June 2019 to get the cash together they need for flights, entry fees, horse hire, costumes, trainers, accommodation and food. Any help or donations would be appreciated to help these Kiwis achieve their dream to represent New Zealand on the world stage.

The Kapiti Equestrian & Vaulting Centre has proven its ability in the past to make this kind of thing happen. In 2014, the Centre took a team to the FEI World Equestrian Games where they placed 9th in the world in front of a crowd of thousands and broadcasted to many more. Their placing was not expected and caused a fuss when the world realised that New Zealand is a force to be reckoned with in the vaulting arena. Please help us make this happen again!

The money raised from this Give a Little page will go to entry fees, costumes, horse hire, flights and accommodation. 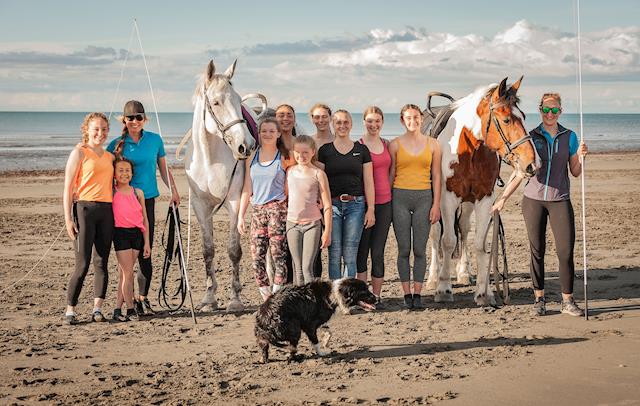 We love summer: not because we get a holiday, but because it is light when we get up early to start training! Thanks to coaches and Clay at the Achievement Room in Waikanae we are getting stronger every day!

We finished our Christmas show at the club, our intensive summer vaulting camp, and a whole heap of fundraising, we've got 20% of the funding in, but still a long way to go until our goal. We've washed cars, did massive farm working bees, ran sausage sizzles and movie nights.

On 9 Feb we're having a Live Music Charity Gig in Paekakariki, and on 1-3 March we're running a fundraising Art Show in Raumati. Check out our Facebook page if you want to keep in the loop: https://www.facebook.com/KapitiEquestrian/

Thank you for all your support, help and donations - we are so grateful you are helping us represent Kapiti and New Zealand on the world stage!

Louise Berry on 16 Feb 2019
Good luck ladies. And may your parents finally get their weekends back 😁
$20

Created by, and paying to a verified bank account of, Kapiti Vaulting Incorporated (Charity)
Registered Charity A Registered Charity has legal recognition under the Charities Act 2005.
Tax credit Donations of over $5 are eligible for a New Zealand charitable giving tax credit.
Page Moderated The page has been checked by our team to make sure it complies with our terms and conditions.