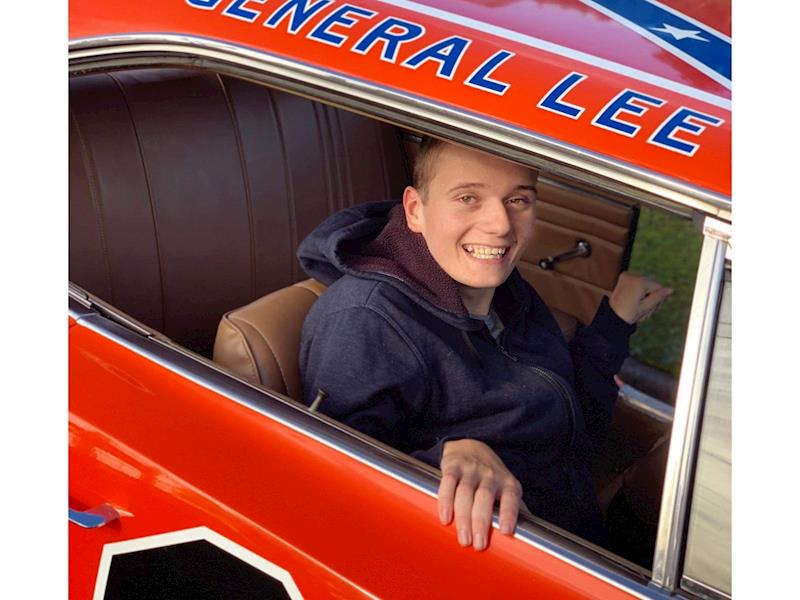 Let's support Tyryn and his family!!! so the family can stay together with Tyryn in Christchurch

Given by 61 generous donors in 4 weeks

Tyryn's is 19 old who has Cerebral Palsy. Tyryn had surgery in Dunedin and then was very ill and went by helicopter to Christchurch.

19 year old Tyryn Duncan has recently had a number of life threatening health issues and complications. This has meant that Tyryn has been flown to Christchurch for specialist emergency care. Tyryn's family have been at his bedside running shifts every hour of every day to support him. This has meant time away from jobs, home and supports.

Tyryn was born with Cerebral Palsy, Epilepsy, Hydrocephalus, and brain damage, which have led to significant developmental delays and ongoing health issues. Tyryn's health issues have meant that he has spent his life in a wheelchair and requiring constant support and medical treatment. Despite Tyryn's health issues and challenges, Tyryn has always had a positive attitude and loves all that life has to offer him.

He loves his family and his dog Ezi, and coming to school at Sara Cohen School where he is a popular student who engages in all activities of school life. Tyryn has taken part in our production, polyfest and loves dancing in his wheelchair.

On 10th December Tyryn was sent home from school sick, for the next 8 days he was at home sick and vomiting, his Mum had to sleep on the floor beside him in bed. During this time Tyryn's parents

repeatedly took him to hospital and were sent home. On the 18th December Tyryn he was admitted to hospital when they discovered that he had a life-threatening herniated bowel and intestines, The medical staff had never seen anything like it. Several days later it was noticed that the cerebral shunt ( Used to relieve pressure from Hydrocephalus) was blocked, Tyryn then had emergency surgery to have the Shunt removed and a new external drain put in.

Tyryn was very very unwell, due to having no neurosurgeon in Dunedin, Tyryn was helicoptered to Christchurch for life saving medical treatment. Tyryn was going down hill fast and it was noticed that the drain was blocked again and he had another emergency surgery to put in another external drain, unfortunately Tyryn then developed Sepsis another life threatening condition. Since then Tyryn has had multiple Cerebral operations to save his life. Tyryn is now waiting for surgery for a new shunt to go in, when he is well enough.

All through this time Tyryn's family have been with him, taking shifts to ensure that someone who loves him is beside him every minute of his time in hospital. Tyryn's release from hospital will be weeks if not months away. This has come at a great emotional and financial cost to the family, this page is set up to support Tyryn and his family so that they have the means to be beside him throughout his time in Christchurch.

Please give what you can, but if you cant, know your love towards the Duncan family is received with equal gratitude

I first meet the Duncan family many years ago as I too have a child with special needs, now both our sons go to the same special needs school in Dunedin.

Funds used to allow the family to be in Christchurch with Tyryn. The household Bills still have to be paid, it just would be great to take the pressure off the family, so they can concentrate on Tyryn

Paying to a verified bank account of Samantha Duncan
Page Moderated The page has been checked by our team to make sure it complies with our terms and conditions.

Given by 61 generous donors in 4 weeks