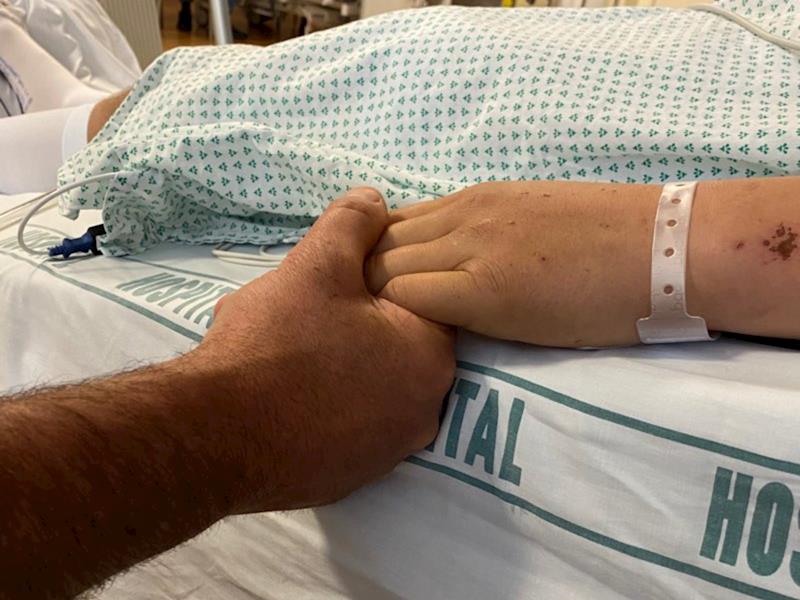 Mac sustained a major brain injury after a mountain bike crash, After an operation in Dunedin he has been transferred to Starship Hospital.

Sunday 18 October 2020 Mac crashed his mountain bike and sustained a major brain injury. After surgery in Dunedin on Sunday night he was transferred to Starship Hospital in Auckland.

This is going to be a long journey for Mac and his family, and together with the distance from home it makes it difficult at this time to be able to support you as much as we would dearly love to.

There are so many unknowns of what is ahead, what is known is how important at this time is having your FAVOURITE BESTEST BIG brother Jake by your side as often as he can be there, So important you are altogether as a family and money raised will directly go to help your visits be unlimited Jake!

Knowing humble you both are Chris and Maree, I also know even more than that, how giving you both are, And always there to help others!! Im setting up this page to give back, support and help you in a small way that we can towards helping with your difficult journey ahead. X

Maree and I have been friends forever, (since birth!) We have been through ALOT together, And Im very humbled to be able to set this page up for Maree, Chris, Jake & Mac. #timetogiveback

The funds initially are to help with travel for Jake to be with his brother, And then to help with the unknown expenses on Macs rehabilitation.

Earlier last week a wayward finger of Mac’s accidentally hooked out his feeding tube while scratching his nose. This happened so quickly and painlessly but it took 3 of us to hold him still to allow another nurse to put the tube back in 😬. That in itself shows he’s got a lot of fight in him. It must be an awful feeling getting it put back in as the growling, snarling, pinching and odd punch we holders received proved this! But it also gave us Macs first spoken word since the accident..... ‘Mum’ ❤️❤️❤️. Beautiful sound but also heartbreaking too, as the tears in his eyes and stare he have me was like ‘Mum, help me!’ 💔. It took the rest of the day for him to relax and forgive me 😬.

And from there his words are coming back. He’s said ‘that’s my brother’ when a nurse pointed to a picture of Jake, ‘F..k off I’m cold’, during the night, ‘this is shit’, (this certainly is our boy coming back!), ‘ok’ and ‘Grandad’ 🥰.

My Mum & Dad have been back up visiting so I’ve snuck home for a few days to recharge and to see Jake. Chris is also up seeing Mac right now and will stay till Mac moves out of Hospital to the Wilson Rehab Centre which is now on Tuesday.

Mac is getting stronger and more active. His left leg is doing a lot more, he can pull himself up to a sitting position in bed (his good 6 pack helps), can roll onto his tummy, nearly all the way to the other side with a bit of help pulling his left arm through. He’s been tilted up into a standing position, which he didn’t enjoy, but the more and more things like this are repeated his joints, muscles and balance etc will improve.

We are feeling very positive now that Mac is regaining his speech, is taking a few mouthfuls of real food (puréed), he remembers family and his strength is increasing. He’s even started to watch a few things on tv. He turns away if it’s too much. Mac has also had a sleep over this week 😆. Grant Peterson from Napier camped the night in with Mac at the hospital (there was a spare bed). This was the night the night nurse told us Mac said ‘this is shit’ so I’m wondering if you were snoring Grant?

Chris and Jake are doing a great job of juggling their work/school commitments and time with Mac and I in Auckland. I know there hearts are torn between being here are there.

I’m chugging along nicely too. Auckland is actually not too bad! The weather has been surprisingly good. I thought misty drizzly days was the norm for Auckland but that’s not been the case.

It’s very hard to focus or think about anything else (other then what Mac needs) which is what is needed right now I guess. Jake rings me most nights checking up on Mac & I and I’m so proud of how he is balancing working, school things, sport, trips up here etc. He might need a few more veges but that’s ok for now 😉. Thank you Sandra for having Jake float in and out when needed.

Paying to a verified bank account of Maree Denniston
Page Moderated The page has been checked by our team to make sure it complies with our terms and conditions.

Want to get in touch with Katrina bishop?