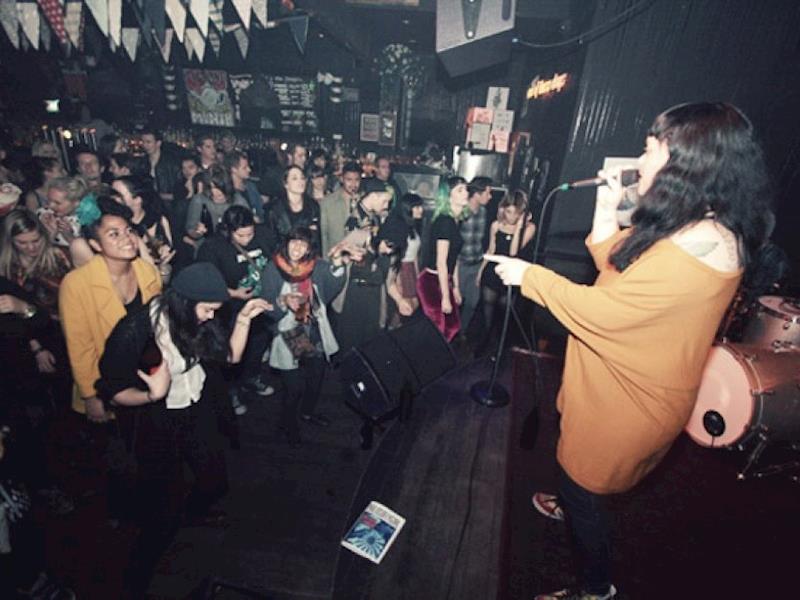 Equalise My Vocals: A conversation about gender inequality in NZ music

Earlier this year, The Spinoff published ‘I will come Forward’ a detailed investigation into a prominent figure in New Zealand music who had repeatedly used his position of power to sexually prey on young women. The article caused a rupture in the local music scene, bringing aspects of the gendered power imbalance to light for some who had never had to confront it, bringing overlooked or wilfully ignored behaviour into the light where it couldn’t be ignored, or bringing what was discussed in hushed tones in private out for all to hear.

But what comes next? Having irrefutable evidence of what is unfortunately common behaviour helps people talk about their experiences or confront their own attitudes. But having single person to point the finger at can make it seem like that person is the problem, rather than a problem, a rare bad actor rather than a single example of a structural issue.

When musician, rapper, writer and artist Coco Solid launched her ‘Can I Live’ crowdfunding campaign, saying that if she raised more than her initial goal, one of the things she wanted to do with the extra money was to put some of it towards a series of “panel talks focused on rape culture and gender inequality in New Zealand music and media”. And, in a new essay on The Spinoff, she has shared her own experiences as a woman in music and her ideas for an event (or series of events) with the purpose of starting a much needed conversation that can have a meaningful impact on the way music operates in Aotearoa.

Whether as an event, a series of videos, podcasts, or essays or interviews, the products of this conversation need to act both as a platform for those who have been disadvantaged by inequality as well as an opportunity for those privileged by it to be made aware of the conditions of their power. This is a conversation to be had not just among the marginalised, but with and among the privileged too.

“We have to start fostering music environments where this kind of hostile, exclusionary or predatory culture towards women isn’t possible anymore,” Coco writes. “That starts with talking about it as much as possible. Tasteful gripes aside, artists need to ask themselves if they wish to be a part of a scene or a community. I know which one I prefer and it requires that we hui, collab and conversate if it is to become real.”

Conversations like this are uncomfortable. And they need to be. And it’s difficult to pay for a platform for such discomfort with either commercial partnerships or government funding. That’s why we need you to help pay for it. If you can. Coco’s not asking you, and didn’t ask us to ask you. We are asking you. Because it will take time, and money, to bring a team together, to give them the time and space to come up with a true community-owned response to this situation. The Spinoff will hold all money donated in trust, and gift it all to Coco and her team, who will decide how it is spent. Flights, accommodation, venue hire, rent, food – we trust them to decide. And when it's done, to return to us with a programme, a plan and a map for what they'll do.

We trust Coco, her collaborators and their vision for what we see as a crucial conversation to be had in a community that is of such importance to us. So we are doing what we can to turn their vision into action. And we hope that you will to.

The Spinoff will hold the money in trust and gift it all to Coco Solid and her team, who will decide how it to spend it. We will help them facilitate the programme and provide infrastructure and a platform for the events and their outcomes.

Firstly I'd like to thank everyone, including the Spinoff for supporting the Equalise My Vocals crowdfunder to get this mini-summit off the ground. Gender Equality in New Zealand music is something we can start addressing as a community. We are now looking to stage a panel event, public talk and afterparty in the first week of May in central Auckland (just in time for NZ Music Month - how bow dat!)

As our small team starts pulling this one-off event together (with some great resources and support now behind us) I do believe the conversation can start now. So I will be doing a supporting interview series for The Spinoff with a wide range of women, transgender and non-binary people, within all sectors of New Zealand music talking about their experiences. Equalise My Vocals is about sharing stories, pooling knowledge and experiences, while building a rolodex of resources for those who might need them in the future.

I think this project is simply a starting point, the event and this interview series doesn't claim to be a solution to the intense issues we raise - I think a 'catalyst contribution' is more realistic. It will take a collective effort from local music as a whole if we want to see shit improve for all genders long-term. Now more than ever, we need to be changing the conversation and passing the mic. I hope Equalise My Vocals leads to a lot more mic passing in future, including my own, ha! More updates to come!

Created by The Spinoff, paying to a verified bank account of Hex Work Limited (Business) on behalf of Coco Solid
Page Moderated The page has been checked by our team to make sure it complies with our terms and conditions.