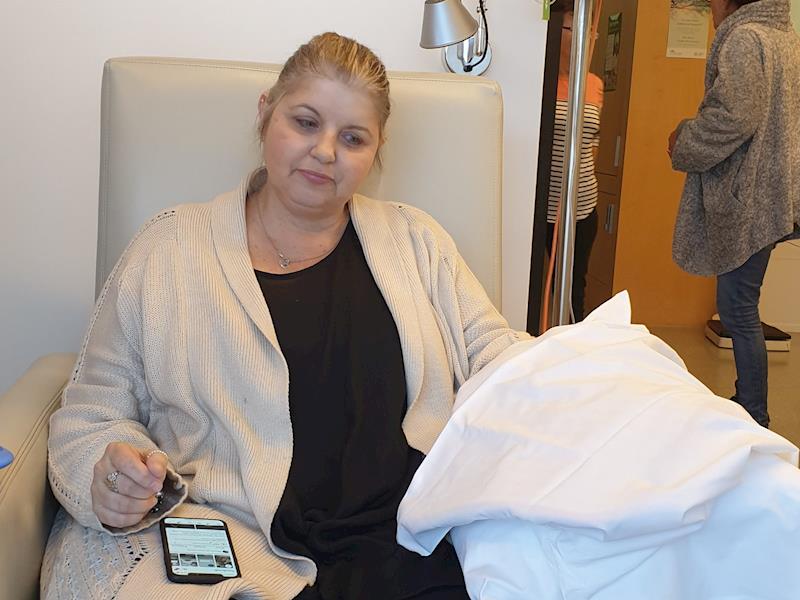 My sister Traci, who is only 46 years old, desperately needs your help to stay alive.

Traci was diagnosed with stage 4 lung cancer a couple of months ago. We need your help to raise $73,000 to pay for her treatment.

To get the stigma out of the way, she doesn’t smoke. Her Oncologist says “if you have lungs, you can get lung cancer”. Aside from a cough, which was originally diagnosed as whooping cough and then pneumonia, Traci had no symptoms. By the time she was diagnosed she had a tumour on her lung, secondary sites in her lymph nodes in her chest and adrenal glands in her stomach. It was too advanced for surgery and because it’s not localised, she isn’t a candidate for radiation either.

Her Oncologist recommended chemotherapy and immunotherapy. Complicating this is her cancer markers haven’t been seen before. They usually determine which treatment is best. She’s started chemo and we hope it will shrink the tumour. She’s 3 rounds down, with 3 more to go. But immunotherapy will make the bigger difference, extending her life. Immunotherapy costs $73,000. Yes, you read that correctly. Seventy-three thousand dollars! Who has that sort of money? It’s simple, without immunotherapy her prognosis is very poor. Immunotherapy is proving to be a bit of miracle treatment for a lot of people and uses a person’s own immune system to fight cancer cells. More information about this treatment is on the Cancer Society of NZ’s website. Unfortunately, stage 4 means terminal so Traci won’t recover but immunotherapy may extend her life by years. This is what I need help with.

After the next 3 rounds of chemo, if she has the money, she’ll start immunotherapy. So we have a little over 2 months to raise this money.

I absolutely know times are tough for everyone. I’m hoping that you might spare a couple of dollars. If you, your friends, and their friends help, I just might keep my sister around. I’ll give regular updates to let you know how she’s doing and where her treatment is up to.

My sister is amazing. Traci never asks for help. She prefers to help others and there’s been so many. She’s normally the go to person for birthdays and special occasions as a semi-pro cake maker. She still gets up early to feed wild cats in Manukau City. She also fundraisers for the SPCA as she’s passionate about animal welfare. Now that she’s sick she can’t do what she has always done. It’s changed her whole life.

I wish I was there, but I live in Australia and can’t be there every day. Traci’s awesome friends have taken it in turns getting her to chemo and other appointments. Her dad has even taken on her housework. But, the endless cycle of blood tests, and scans is taking its toll.

Traci is my little sister.

100% of the money raised will go to her treatment including unfunded drugs and future care.

Paying to a verified bank account of Traci Collins
Page Moderated The page has been checked by our team to make sure it complies with our terms and conditions.